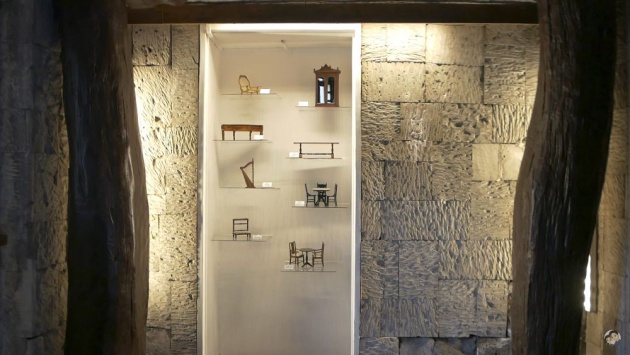 Last weekend was well spent at Casa Gorordo Museum together with none other than my husband, James. I could be an epic failure some times as I had somehow referred him to a different location but nonetheless, we were able to get to the correct location. Read on the first part of the Casa Gorordo Museum blog here:

While I have been meaning to tell you about the tour on my first blog, I somehow ended up splitting it into two parts because I had so much to say about the museum that my blog passed two thousand words.

So, here's how the tour went and why I would definitely recommend every visitor in Cebu who loves antiques, history and culture. Don't miss this as well as the rest of those houses which had been existing since the 1800s. 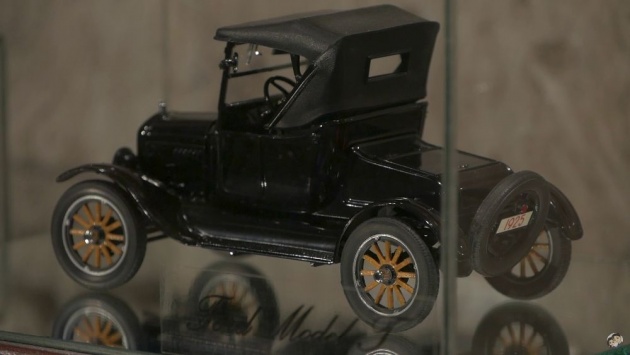 Excited is an underrated word to describe how eager I was to get inside this ancestral house. James and I were at the ground floor of this newly renovated museum. It's coral stone blocks shows a sign of the Spanish Era. The thick tree trunks used as foundation of this house signifies the evident richness of the country in terms of natural resources such as the forest with all its trees and foliage.

Then I was imagining a local tv show back when I was still younger, this TV show features stories about what had happened back in the days when the country was still under the Spaniards. It brings the audience to a world which was totally different to what we have today. And I felt like I was like those audience at that time. I sensed myself traveling back to the time when the Filipinos were still governed by these Spaniards, the friars, the mestizos, back to the conservative days of the native Filipinas. 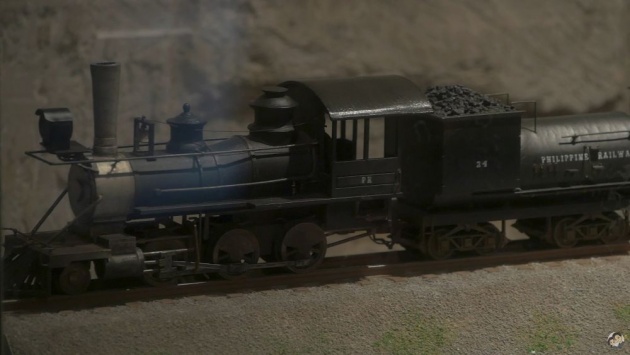 My two tired feet were energized with just that imagination that even if I was talking to the front desk, I could still feel the transformation that my active imagination was doing. Then she showed us to the ongoing tour where Ren, the tour guide was showing the 3D map of the Parian Street and certain specific areas of Cebu, the oldest city of the country.

Now, it's time for us to see what's inside the museum. I had only a few expectations for the museum, one is that I will see historical items and wooden floors which is a typical Filipino House. That's it but it had showed me more and opened my eyes to the complexities of being and living as a Filipino in the old times. 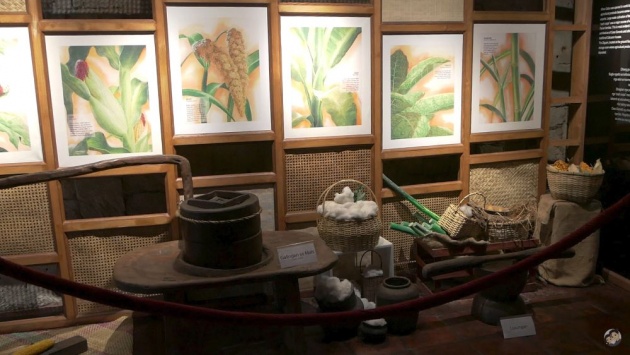 A typical Filipino house has a ground floor, it may be something which has or has no walls basically because during the old times, the ground floor is used only for storage reasons.

It was where the harvested crops are stored and domesticated animals were sheltered during bad weather. Also, it serves as a garage as it is spacious enough to accommodate vehicles such as bicycle and even the Tartanilla.

Casa Gorordo Museum also showcase a ground floor or which we as Filipinos refer as Silong. We still refer this part of the house today as is. In the museum, the ground floor has been turned into several sections.

Registration and payments were done here. We had to fill up a few information and pay for the tour package fee of Php 150 each.

They are now computerized and so processing the registration and such is an easy task. 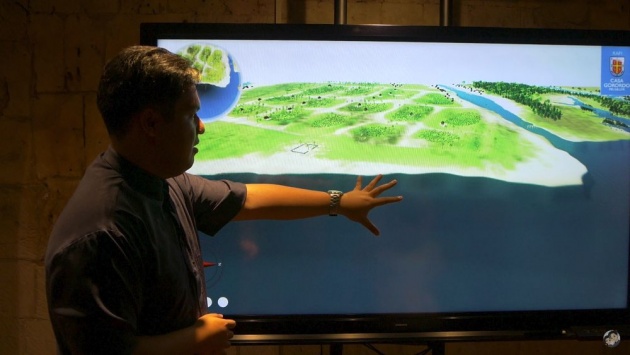 The first part of the tour was a showcase of the history of the Parian Street and the events that which had occurred between several revolutionaries and even during as well as after the World War II which showed how devastating this event. It left a huge part of Cebu City in ruins but gladly, certain houses survived the said war and are still standing up to this day.

The 3D Map was a unique addition to this museum and it transforms a museum into a high-tech medium for the youngsters to get interested in learning history. 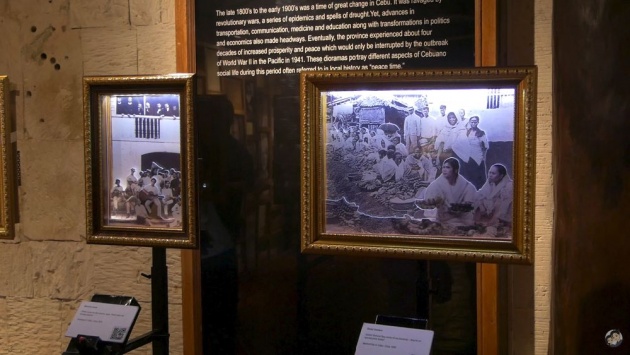 Another section showcased the sound of the early Cebu. It was this part where the headphones should have been used however, there were no headphones available at that time which was a sad thing. I was really eager to listen to how the early Cebuanos talk and speak, I bet they speak a combination of Spanish and the local dialect.

Part of the history was to also tackle about the famous and well known family names during the 1800s. Names such as Osmena, Roa, Velez and even Duterte were on the list. Yes, the current President of the Philippines come from Cebu.

Gorordo is also a well known one since Juan Gorordo was the first Filipino bishop from Cebu. A street here in the city was even named after them. 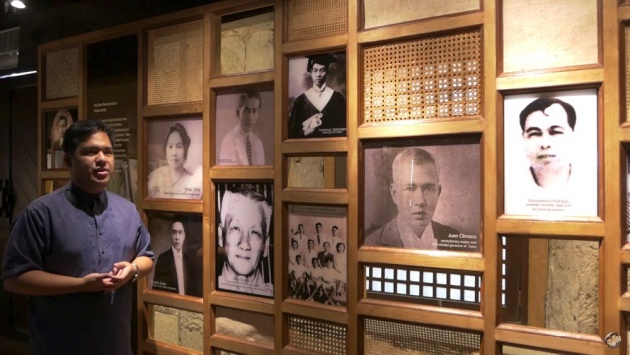 One of my favorite spot, the certain tools storage area of the family Gorordo was turned into a mini theater. It contains a huge flat LED monitor, wooden benches with comfortable pillows. 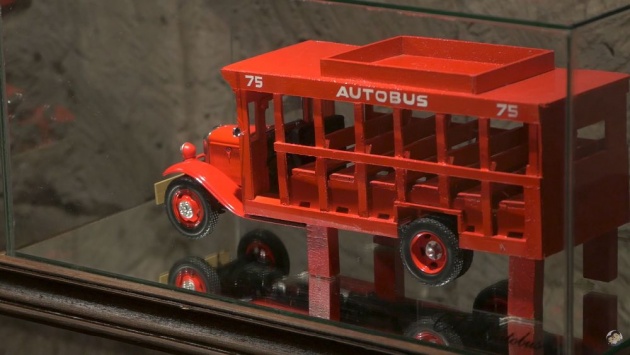 No video taking was allowed here and all of us were driven into the video. The film was all about the simplicities and complexities of being a Filipino and a mestizo which is how the common Cebuanos are right now. One might not be fully aware but the Cebuanos are not anymore pure Filipinos, most if not have been mixed already with different blood.

Aside from that, it also covers the overview of the house including a documentation on how it was designed, where it was inspired from the local Bahay-Kubo and the materials used as well for the construction plays important roles in the making of this house. 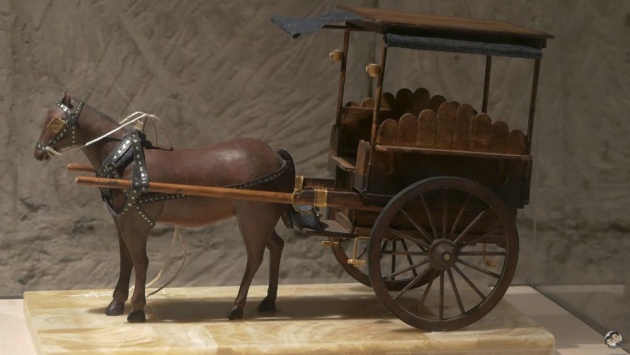 I was caught off guard when the tour guide, Ren showed us some mini cannon items displayed near the vintage bicycle at the exhibit area. These were used when Juan Gorordo, the first Cebuano bishop arrives at home during special occasions. Back in the days, when someone prominent comes during special occasions, they'd be giving a warm introduction thus, they fire a single mini cannon.

Part of the exhibit were miniature train, tartanilla, carabao drawing a carriage, wooden chairs and tables and a lot more, all of them were miniature items. But there were also some antique pieces one can appreciate.

Descanso is a Spanish term for rest. Before getting to the upper part of the house, the "taas", we were brought tot he receiving area of the Gorordo family. This part here of the house has a bench for visitors to stay while waiting for a family member of the house to accept them and bring them to the upper floor.

I realized this is indeed a culture which is still evident even today as most households in the country holds a certain spot for this. 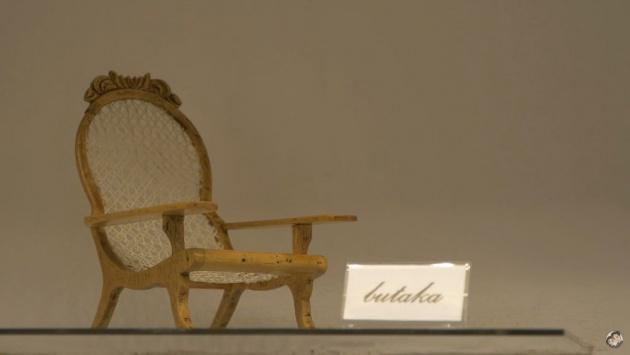 A hat and cane holder is also available for the guests to leave their stuffs before entering the house. Ren as well showed us how the people before hold their cane depending on their intellectual status in the society or their monetary status. There were different kinds of cane and different ways to hold them. It was actually amazing to see the differences, these canes and hats were the usual accessories for men during those days.

This is just the first part of the museum, the silong or the lower ground. But since this blog is again longer, I have to separate the second part of the house museum. Hopefully, these images give justice to how nice this museum is.