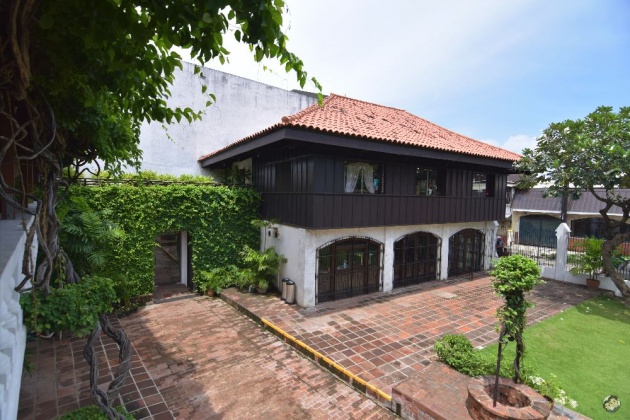 Just because I can't have a week without checking on a new place, I booked a reservation for a tour at Casa Gorordo. Its name signifies it is a Hispanic spot, or let's say something related to the old Spanish time because Casa itself is a Spanish word which means House or Home. So Casa Gorordo basically means House of the Gorordo or Gorordo House and yes, Gorordo is a family name, not really a commoner's name because this name is just one of the prominent names in the history of Cebu.

I reserved a 9:00 AM tour schedule but because of me leaning to my own memory, I had pointed a wrong location. James and I reached the Sugbo Museum instead of the Casa Gorordo. I didn't ask help from the Google Maps though even if the location was also mentioned in the reservation. I was thinking the Casa Gorordo is the same as the Sugbo Museum, it was my bad. 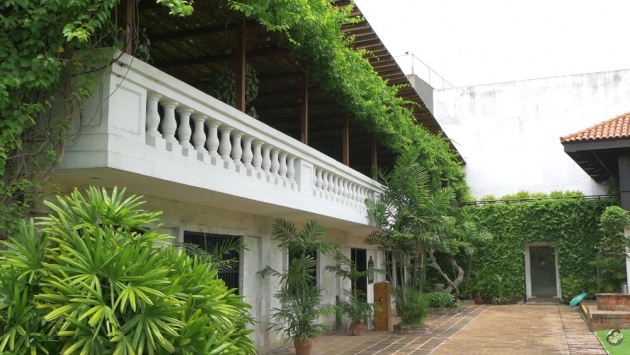 But fortunately, the location was just very near to Sugbo Museum. It was just three minute drive in fact! So right after we had checked out the Sugbo Museum, we eventually went straight ahead to Casa Gorordo, however we were wrong in getting there right away as it was already eleven in the morning so we ended up starving after the tour. Nonetheless, we didn't regret visiting Casa Gorordo because of the reasons I am going to tackle later on. 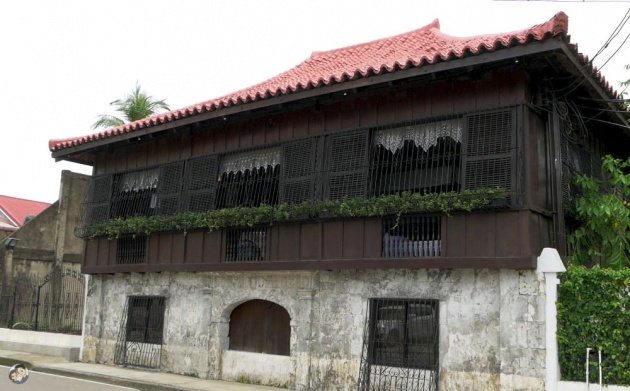 And just like any other blog, I would like to share the history of this museum. As mentioned earlier, Casa Gorordo basically means Home of the Gorordo's. This is a historic house museum in the City of Cebu specifically located at the Parian Street. Cebu is the oldest city in the Philippines and thus this area here serves as one of the oldest street in the country. The oldest though is Colon street.

Part of the tour included a history of this district which was once a swamp area. It has water all over the place then constant reclamation projects were done to fill up the area and soon became a dwelling place of specific Filipino and non-Filipinos alike. 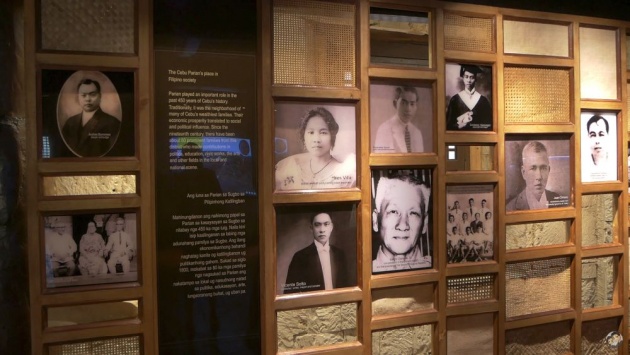 Parian Street basically means a street where the priests live. This street actually is also occupied by the several churches in Cebu, one of the famous churches here is the Sto. Niño Catholic Church. There's one adjacent to it which is the Cathedral Church. During the tour, James and I learned that there was another one church in the area called San Juan Bautista Chapel but was destroyed because of specific political issues. This was actually referred as the most magnificent church in Cebu during the 1870s. It was tore down brick by brick because it was not allowed to destroy a church at once during that time, the destruction was performed from 1878 until 1879.

One of the things worth mentioning about this street is that Chinese immigrants and wealthy "mestizo" families live here, this is actually their habitat. Mestizo by the way means mixed blood. So the families living here are a mix of Filipino, Spanish and Chinese blood. 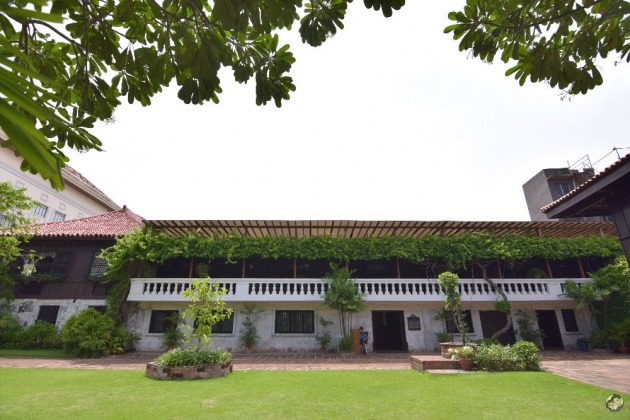 Originally, this was owned and built by someone in the name of Alejandro Reynes y Rosales, with the design of that common and traditional Filipino house referred as "Balay nga Tisa" or house with tiled roof, that was during the 1850s. But on 1863, a Spanish merchant in the name of Juan Isidro de Gorordo bought the house and lived here together with his family until its fourth generation including the first Filipino bishop of Cebu, Juan Gorordo.

More information on the history from everything Cebu:

The Ramon Aboitiz Foundation Inc. under its Cultural Heritage Program purchased the house in 1980. After extensive renovation and restoration works were performed on the house, it was opened as a public museum in 1983. The house was declared as a National Historical Landmark in September 1991 by the National Historical Institute. The museum showcases mid-19th century and early 20th century Philippine culture and lifestyle. 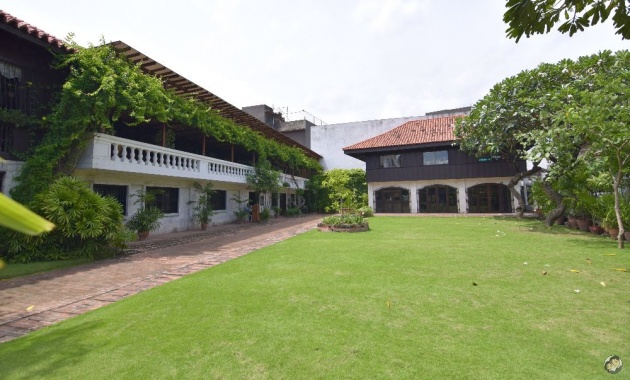 From the outside, I could see the pretty dancing leaves of the plant visible from the main gate, they were planted in such a way that it covers the second floor ceiling! It was already 12 noon yet the place looks fresh and cool because of the leaves almost covering it. The green bermuda grass lawn as well added to its freshness. Bermuda grass which is cleanly cut and maintained is my favorite, it somehow reminds me of our old house, it was my play ground when I was still a child.

The house is a two storey structure which is how a typical Filipino house would be designed and built in the Spanish times. The lower floor has these coral stone blocks like what are used for churches as well. The second floor has wooden structures, capiz shell windows and a very spacious patio which has been covered with the crawling plant. 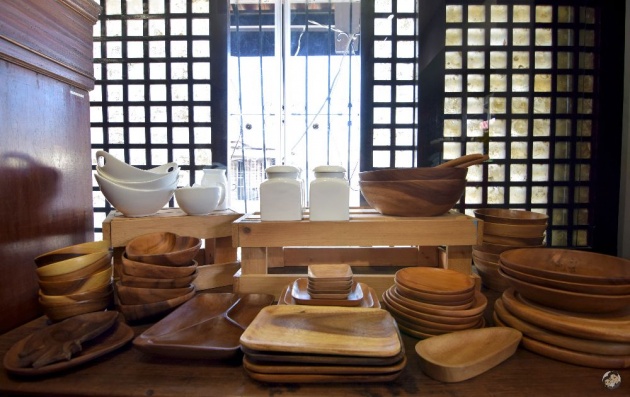 Adjacent to this is another building which has glass doors with a sign Casa Gorordo Shop and Cafe. This building is made for souvenirs and Cebuano items one can buy for "pasalubong" or just for keepsakes.

Seeing this view made me excited to see what's inside, it felt like I was time traveled to the Hispanic age, I could even visualize people wearing the Baro't Saya, the traditional Filipino costumes! I have to wake up from this hallucination and go to the registration area so we can start our tour. 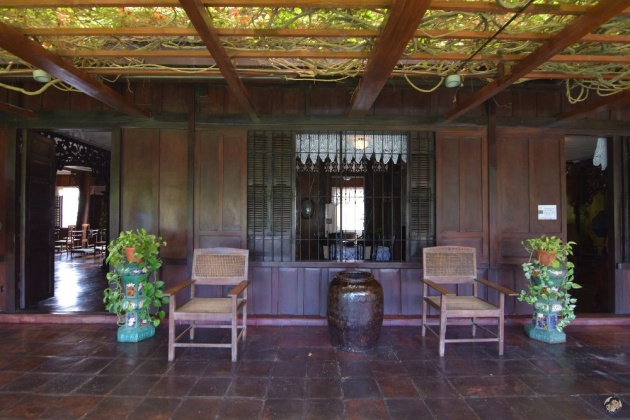 On their website, specific kinds of tour experience can be selected. I opted for the total package which includes the following:

- use of tablet
- use of earphones
- souvenir item
- complimentary booklet
- beverage

That all in all is only Php 180 which I definitely believe is worth the experience. I was very excited with how we will be using the tablets and the earphones later on but when we arrived, we were advised by the front desk that they don't have any souvenir item available as well as the earphones so they'll have to provide us the Php 150 tour price instead. It was a sad revelation but we can't do anything about it. 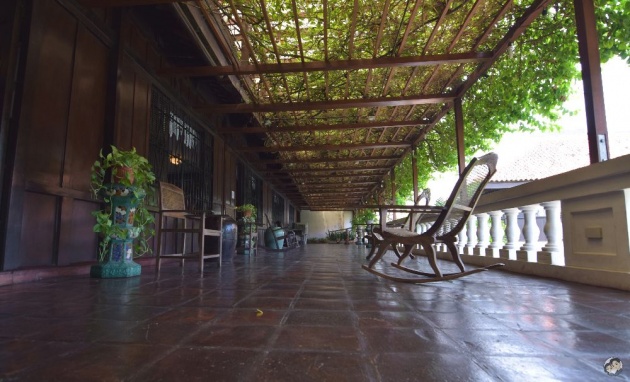 In the year 1991, the Casa Gorordo Museum was declared a national historical landmark because it is one of the three houses which had survived the World War II. It is notable that during this time, the entire Cebu was bombed by both the Japanese and American soldiers however, the port area of Cebu was destroyed by the Americans including the Parian district. 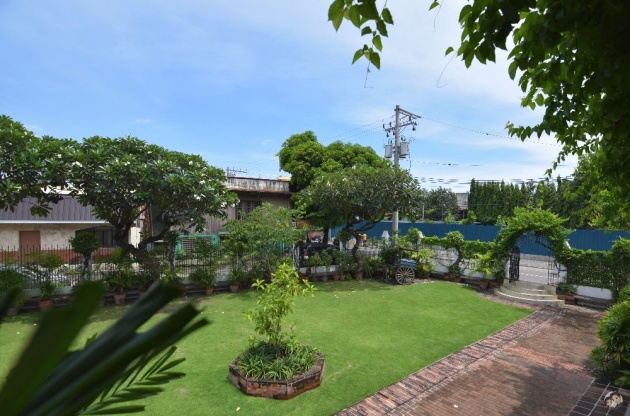 Because of that, it has been a piece of Cebuano cultural identity that is worth preserving for the current generation to see and experience as well as the future ones. Kudos to the Ramon Aboitiz Foundation Inc. for preserving it and making it possible for the commoners to also experience the Spanish colonial era house.

More about the Casa Gorordo Tour in the next blog.

Casa Gorordo Museum is open Tuesday to Sunday, 9AM to 5PM in the afternoon.
Reservations cannot be made on the same day of the visit.
Reservations are valid until 5 PM only.