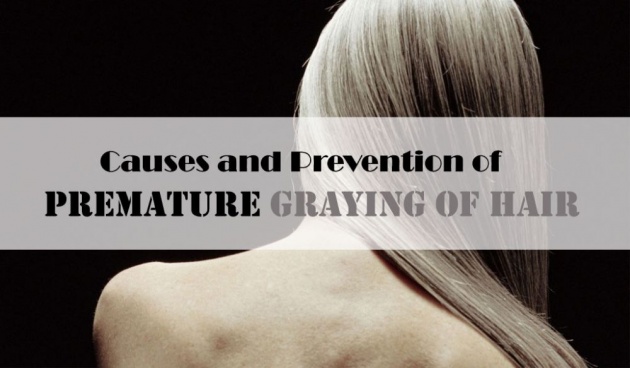 In continuation of my hair care series, let's talk about the causes of premature graying of hair and how to prevent it.

Silver platinum hair is not necessarily a bad thing as it can give you a dignified and distinguished look--but not when you're in your still in your 20s. But, what exactly is premature graying? Hair gets its natural color from a pigment released by special cells (melanocytes) called melanin. As we age, our hair follicles and the hair shaft begin to wear down,  which decreases the number of melanocytes and the effectivity of their function. Soon after, we will start seeing gray hair.

But, how do you know exactly when your hair is starting to gray earlier than usual? On average, African Americans start showing gray hair in their 40s and those from Asian descent usually start graying in their late 30s while white-skinned people show signs of graying as early as mid-30s. If you notice the appearance of gray hair earlier than you should, then you are suffering from premature graying.

There are several factors that cause or increase the occurrence of premature graying. Here are just some of the most common ones. 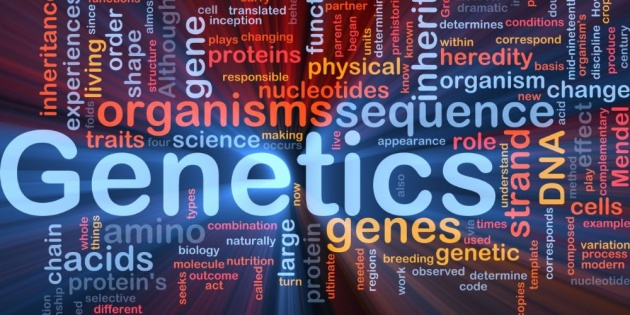 Your genes could have the most impact on whether your hair will turn gray earlier than usual.  In one study conducted on 6,000 Latin Americans, scientists discovered that a slight variation in the gene called IRF4 can increase your likelihood of developing white hair prematurely. This is also the same gene that creates the light hair color in Europeans 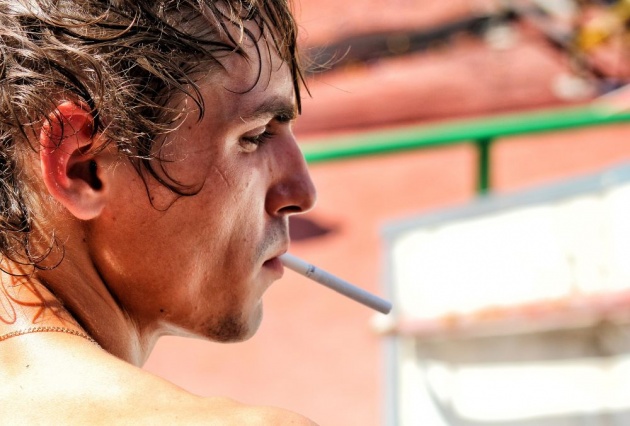 It’s no secret that smoking is bad for your health. But, did you know that it can also expedite your body’s aging process by 30 years? Yes, that means your skin will wrinkle and your hair will turn gray even if you’re still in your 20s.The exact reasoning for this is still quite vague. However, scientists are convinced that it’s because of the oxidative stress caused by the free radicals or the reactive oxygen species released by nicotine. 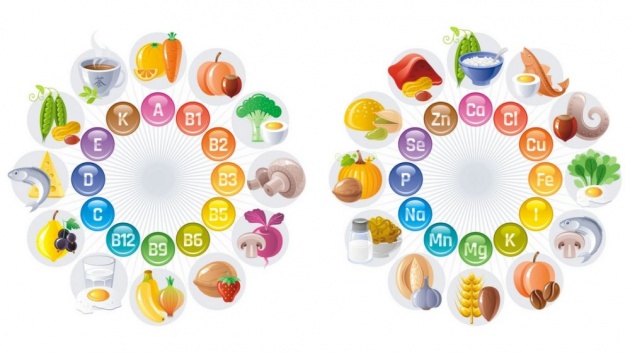 When you lack certain nutrients such as copper, iron, and vitamins B12 and D3, your hair will not remain as vibrant in color for long. You may be suffering from nutritional deficiency due to poor diet or not having enough sun. It's also possible that you have an underlying condition that disrupts proper nutrient absorption. For example, conditions such as low stomach acid can reduces the absorption of vitamin B12.

Certain genetic and autoimmune disorders can also cause hair to gray prematurely, such as celiac disease, a conditon that leads to protein loss which subsequently affects the melanocytes. Other conditions include Vitiligo, Hashimoto's disease, Werner syndrome, and Zinsser-Cole-Engman syndrome.

One of the worst enemies of your malanocytes is oxidative stress as it creates free radicals. This could be brought about by one of the following reasons: psychological or emotional stress, exposure to radiation, or inflammation in the body. Too much exposure to the sun can cause hair stress which raises your risk of developing oxymelanin.

Over time, the hydrogen peroxide, a byproduct of metabolic reactions in the body, will start to collect near the roots of the hair as the body's natural antioxidant dwindles. And since hydrogen peroxide is a bleaching agent, I guess you already know what happens next.

✬ How to Prevent Premature Graying of Hair ✬

No one is exempt from going gray as it come with the natural aging process. However, Unless the cause has something to do with your genetics, there are certain things you can do that can help prevent delay it. This includes eating the right foods and certain lifestyle changes. 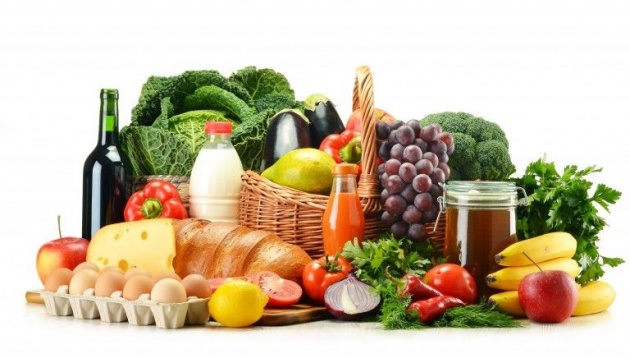 Nutrient deficiency is one of the common causes of premature graying, so giving your hair the nutrients it needs and deserves can help slow down the hair aging process. In fact, vitamins A, C, and E in particular not only intervene with the aging of the hair, but also keep it from going brittle, dry, and gray before it should. Other important nutrients your hair need include vitamin B12, vitamin D, copper, iron, and antioxidants. 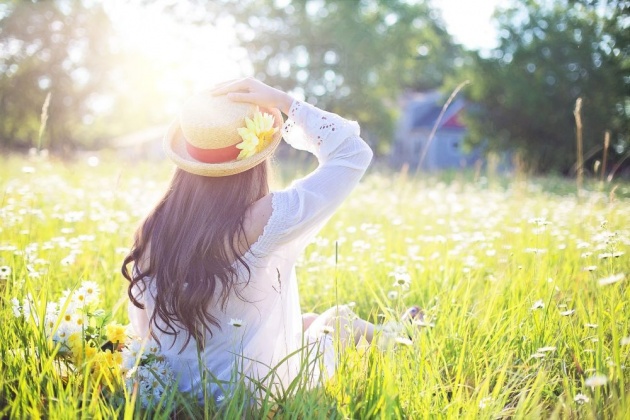 If your hair suffers considerably after exposure to simple sunlight and UV radiation, then consider this simple fix to protect your hair from getting damaged. Wear protection for your hair such as a hat or a scarf so it does not get directly exposed to the radiation. 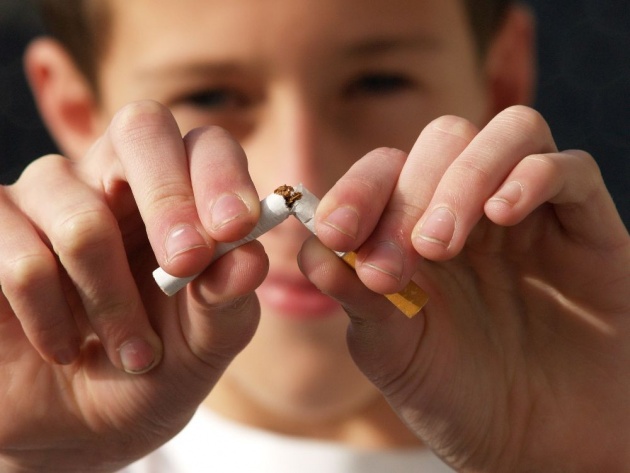 It's common knowlege that smoking is bad for the health. It can damage the lungs, heart, liver, and basically just about every internal organ we have. It can also expedite the aging process of the skin and hair. Wrinkling and graying in your early--or even late--20s is not very attractive. Fortunately, you can still reverse some of the damages before it's too late by simply quiting. But, remember that it has to be done before you reach the point of no return. Hair that has already turned gray can no longer be fixed. Here's how you can stop.

Hormonal dysfunction such as hypothyroidism can also affect the color of our hair. This is because the thyroid hormones T3 and T4 also modulate hair color. By addressing this endocrine disorder, you can bring back the balance of these essential hormones. That way, the vibrancy of your hair color will also return.

Watch this video to learn more about the causes of premature hair graying and how to prevent it from happening in the first place.

Our hair is our crowning glory, that's why we need to take care of it. Who wants to look old and gray earlier than they should, anyway? Fortunately, premature graying of the hair is avoidable and may even be reversible  (unless the reason is genetics) when caught in its early stages. You need to eat the right foods, wear protection for your hair, and basically live a healthier lifestyle.

Before you go, here's a Querlo survery for you. Please do take time to answer.

Image Credit:https://hairclippercenter.net// Edited with Photoshop You may have noticed that I'm wri…

Hair Care Tips Every Girl Should Know About (part 2)

Hair Care Tips Every Girl Should Know About (part 1)