Because of a government scholarship which I had passed before I finished secondary school, I had to study in Cebu as there's a specific list of schools and courses which the scholarship only recommends. From Bohol, I have to take a ship to Cebu which takes around five hours travel and from the Cebu port, I still have to travel by a cab or a local "jeepney", a traditional public use vehicle in the Philippines to get me to my apartment. That was around the year of 2005 and during that time, Cebu is really known as a place of thieves and robbers. Their favorite place to victimize someone is in the port area, it also happens that the in just a few distance away from the port is the Plaza Independencia. It has been a place where thieves run whenever they snatch something from someone, the place was too dark and no one is looking out there so it was just a perfect spot for them to stay. In fact, they had also made it as a hide out and they made their own mobile tents which can be easily moved from one spot to another so these policemen and whoever is going after them won't be able to follow them.

That time, the Plaza Independencia which was supposed to be a landmark in Cebu seemed to be taken for granted by the local government and that it was not maintained at all. Garbage can be seen all around the place, people come and go without observing cleanliness and that the trees and plants were almost dying while the seats available had been misused, most of them were really damaged. It was just an unpleasing place.

But I am super thankful that this place was renovated. The new Mayor who had taken place had made great improvement of the said place. As I have mentioned, this was supposed to be a land mark and a public place which should be safe and clean. And so after a few months of cleaning and remaking the plaza, this new place had been reestablished and is now worth visiting. The crime of stealing and snatching had been eliminated as well as there were security guards assigned for the said place, roaming day and night to keep watch of the place as well as the people visiting it. The best thing about it? It is totally free.

Let me show you around the place then. 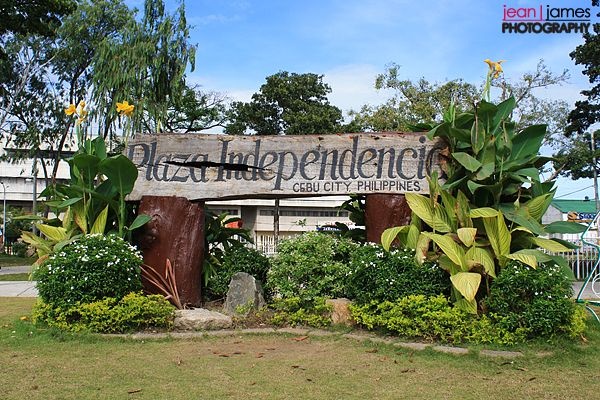 Plaza Independencia means place of independence and this is the main entrance of the plaza, it has around four gates but this one here has the mark stating the name of the plaza with some floral landscaping. This was taken a few years ago, the new plaza is way better now. Upon seeing this, it now looks really inviting. 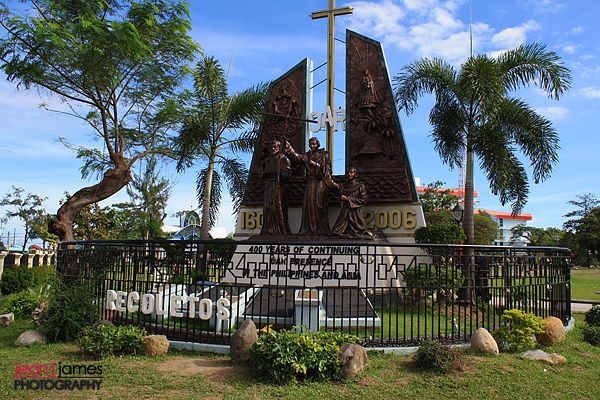 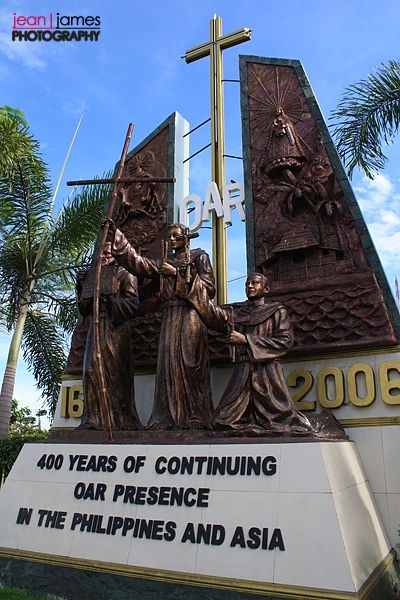 A few meters away from the main entrance is a statue of Fray Juan De San Jeronimo who was the originator and planner of the OAR Philippine Mission, he was the first missionary to go to the Philippines to negotiate and organize evangelization and pastoral care for the people of the country. The team he brought with them had docked in the port on May 12, 1606 and was the start of the evangelical mission. 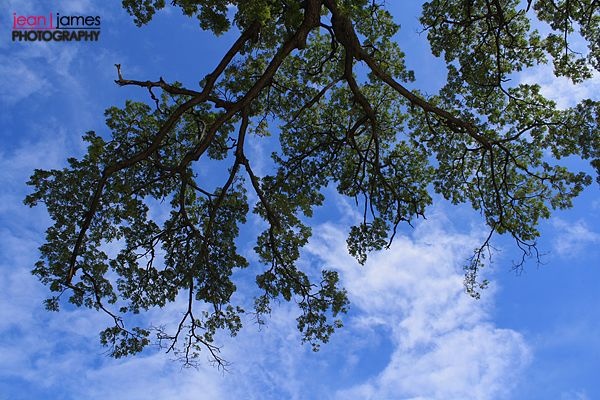 Coming inside the plaza, it is definitely obvious that the trees and the plants has been restored, trees were really glowing with their branches spreading and were giving natural shade to the people in the said plaza. The photo above was  taken when I looked up and check the clouds. 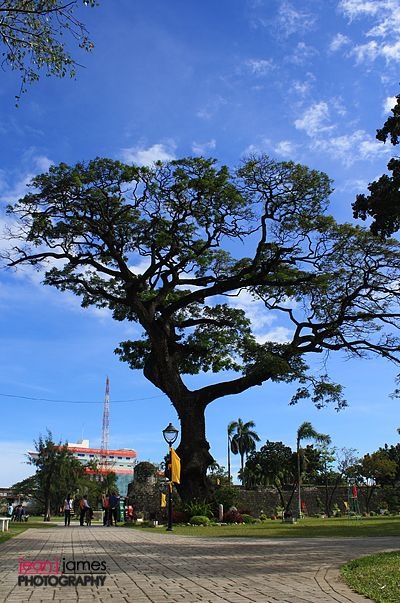 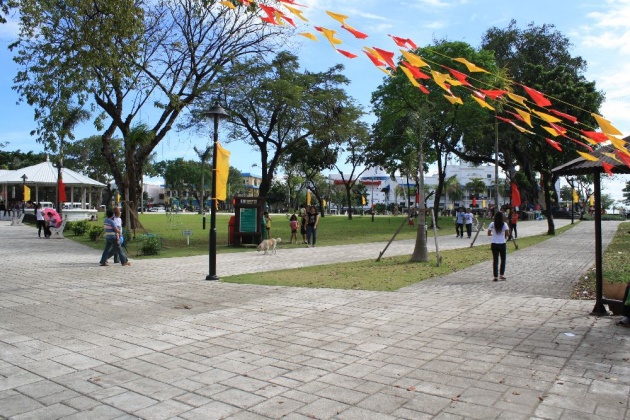 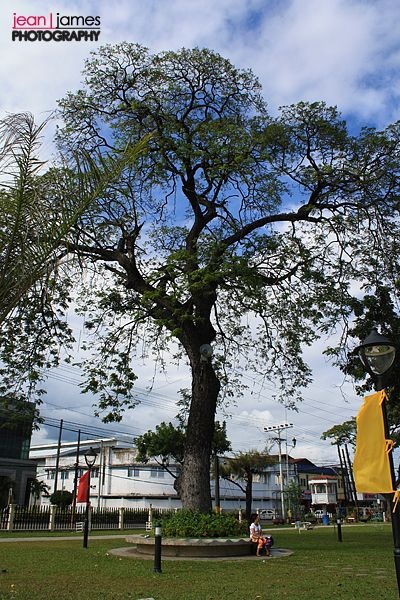 Yes the trees were also developed for landscaping or free seats for the visitors coming in for a visit, there are stone steps going towards those seats because stepping on the grasses is not allowed at all, those guards with their bicycles are continuously watching on those visitors and were quite strict in terms of the grass rules. I totally understand as to why they had been really strict on that and I like it. 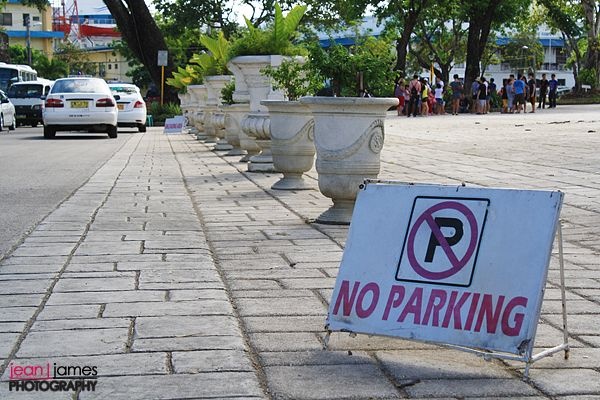 Yes cars and anyone with vehicles can come into the plaza but they can't park in the way where people are also passing by and walking around. The parking lot area is just a few minutes drive away and definitely is also safe. It won't cost you any parking fees as well which is really nice. 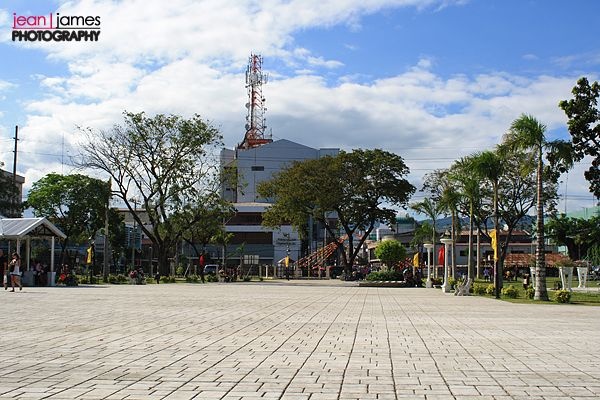 This is the main area of the plaza, there's a water fountain right on the side, this area has been used as well for students who are practicing any play for school, dances and whatever activity they have. 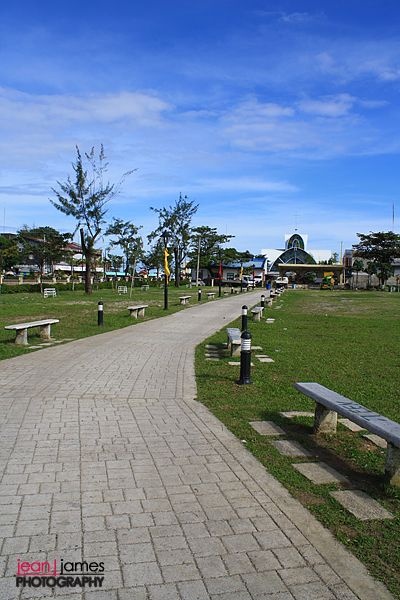 By the distance, there's a little chapel where anyone can also go and say a little prayer. As per the security guards who were in the place, the students who are here for practices usually go to the chapel as well to pray for their performances at school which is really good. 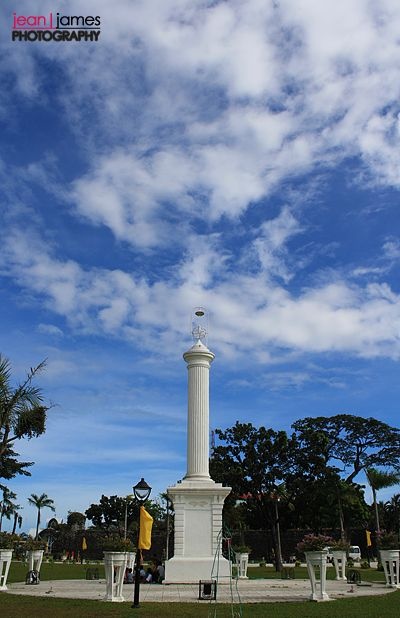 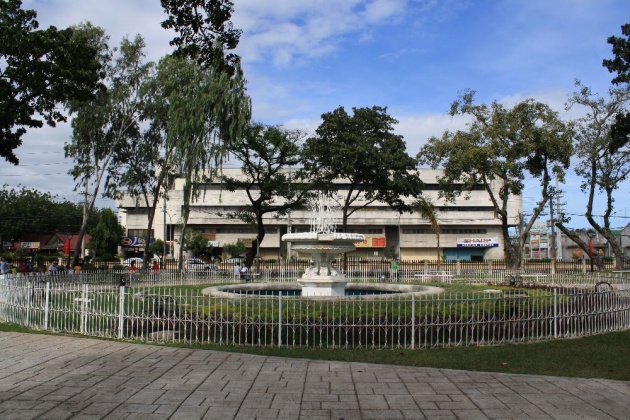 This is the fountain which was the heart of the Plaza Independencia, it was not functioning when we went there as the fountain was undergoing some maintenance that time being. I although have been passing by this area and where the fountain is working properly. There are lights as well together with the fountain which gives beauty to it specially in the evening. 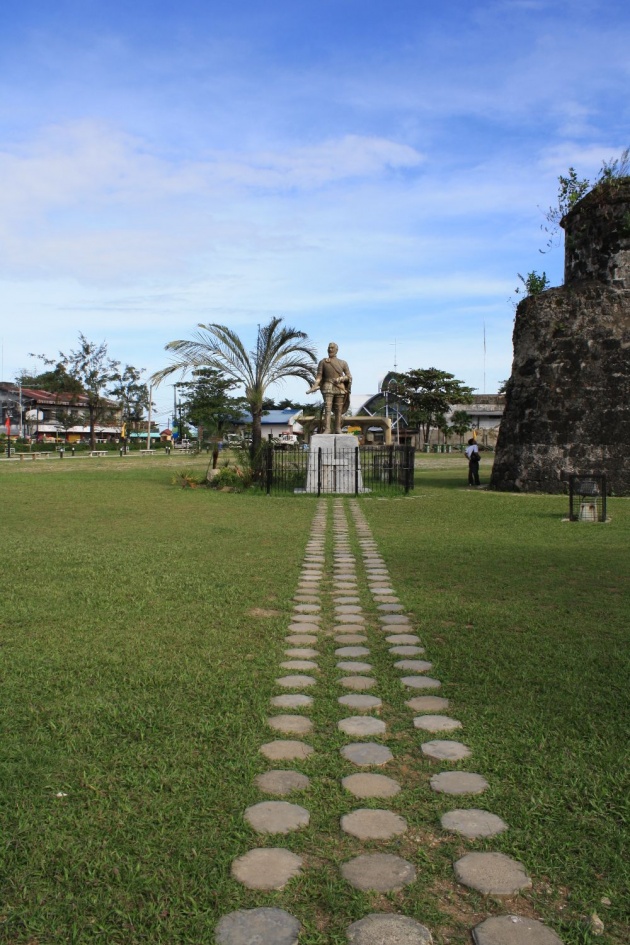 Anywhere in the plaza, stones like these which has been used for walking is distributed specially for areas where there are monuments and statues so that the visitors won't be stepping on the grasses thus preventing, constant stepping on grasses will kill them actually. 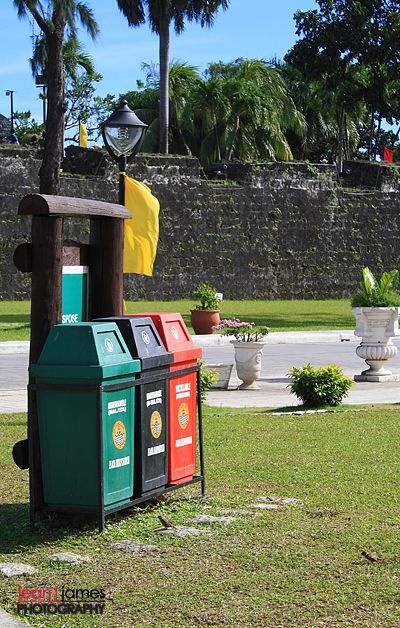 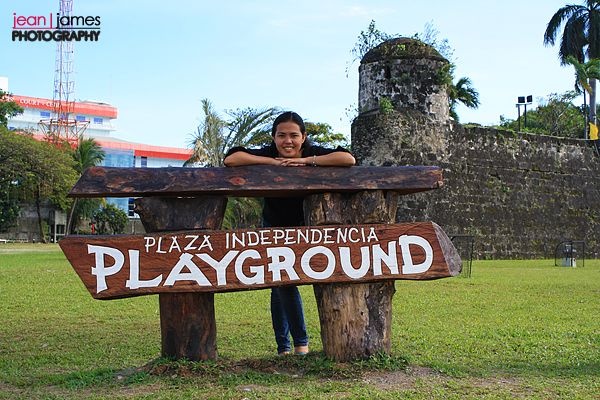 And of course the place was also intended for family activities so there was a playground for children to play on and for parents to enjoy some quality time with their family and kids. 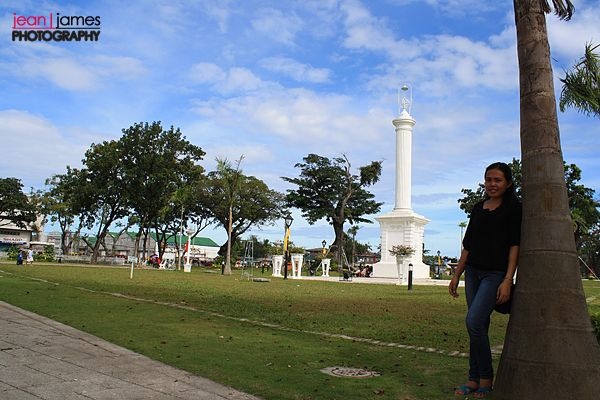 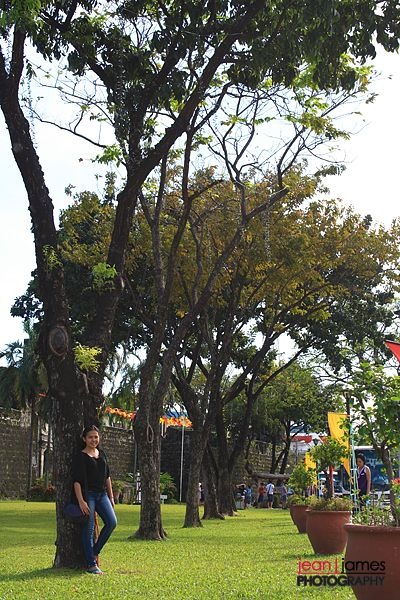 The photo above has been mistaken to be in Baguio by my friends in Facebook and I had been telling them it is just in Plaza Independencia. They couldn't believe that it has become this nice already. I am proud about what the local government had done to this place and it is now something which can help special events and even daily activities like jogging, due to the luxury of space, health conscious people don't go to the oval anymore where they have to pay something so they can jog around. Instead, they had preferred to come here as they can get fresh air from the trees and they also have a wonderful ambiance plus it is just accessible too!