This upcoming weekend, Cebu will surely be jam packed with people both locals and tourists from all over the country and maybe some from other countries who are all going to watch and witness the grand Sinulog annual street parade. 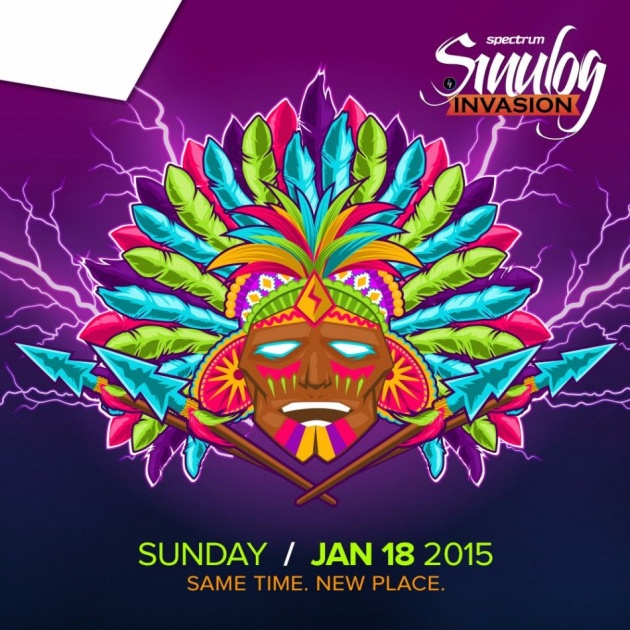 It is so far the most visited street parade and fiesta celebration in Cebu or maybe also in the Philippines. The Cebu downtown becomes a party place and people are just walking all around enjoying the dancing of the Sinulog contingents.

As mentioned earlier, it is an annual event which happens in the third Sunday of January. The highlight of he festival is the grand street parade from the different owns and cities of the country which had come to participate in this grand competition.

Some photos from the previous Sinulog Grand Parades: 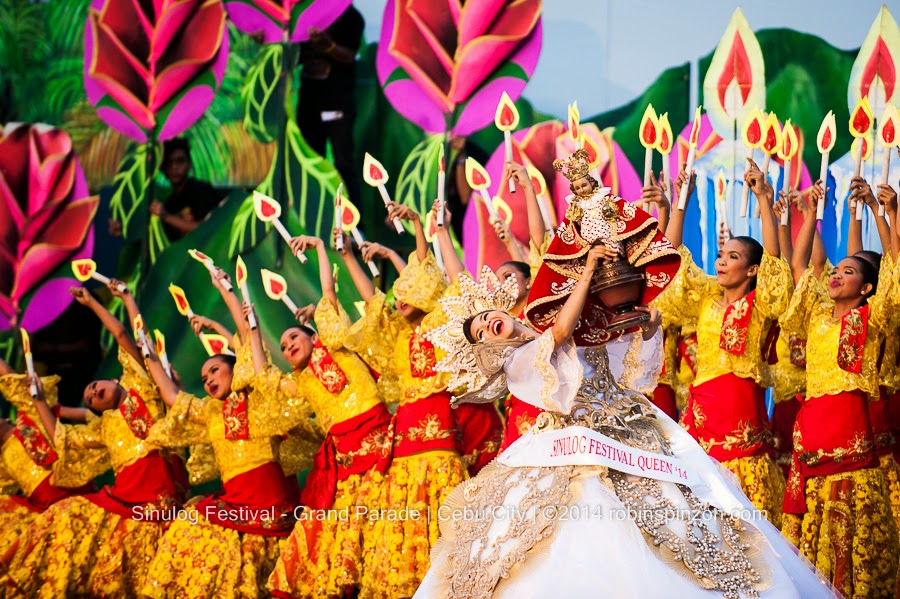 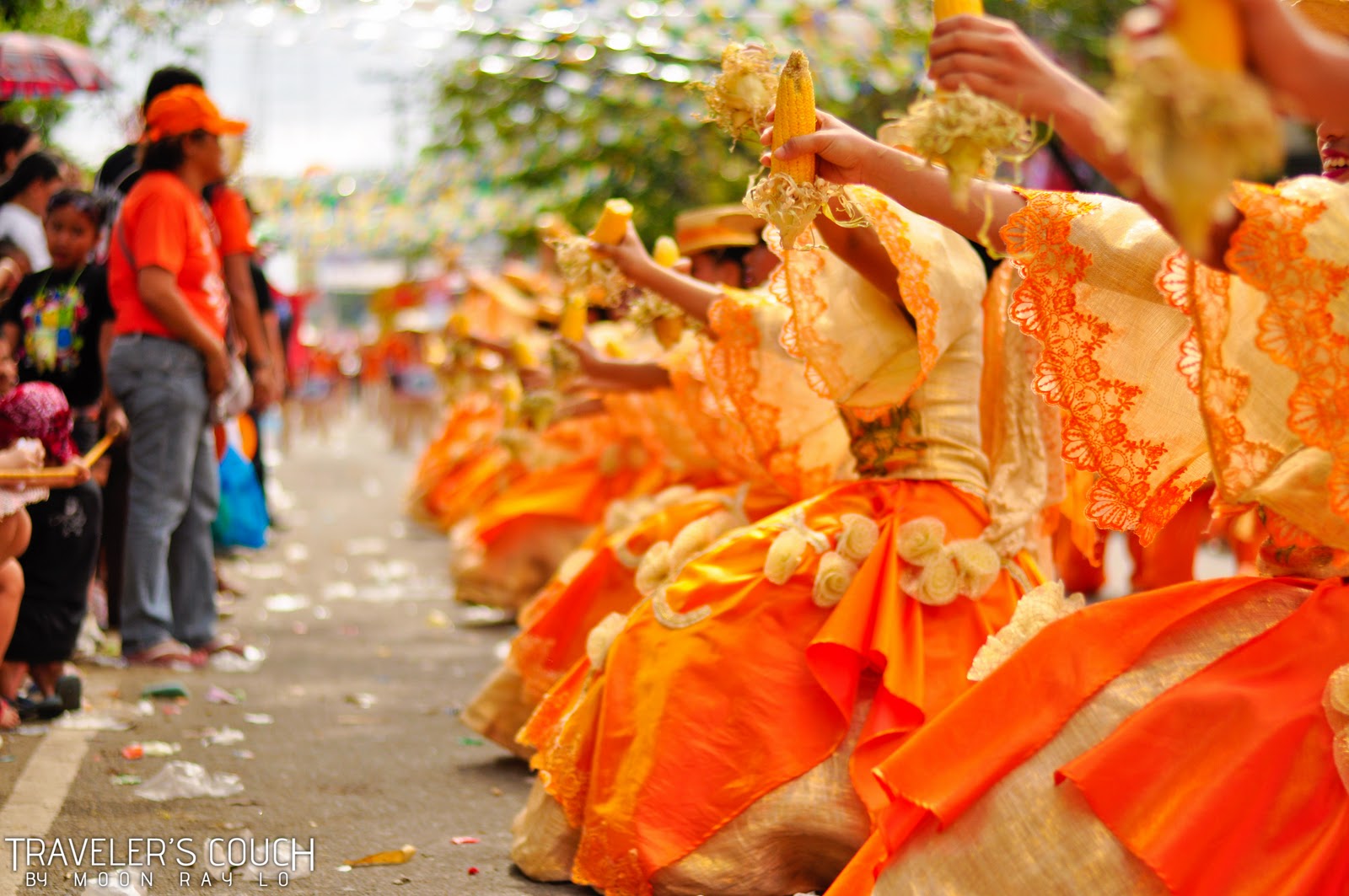 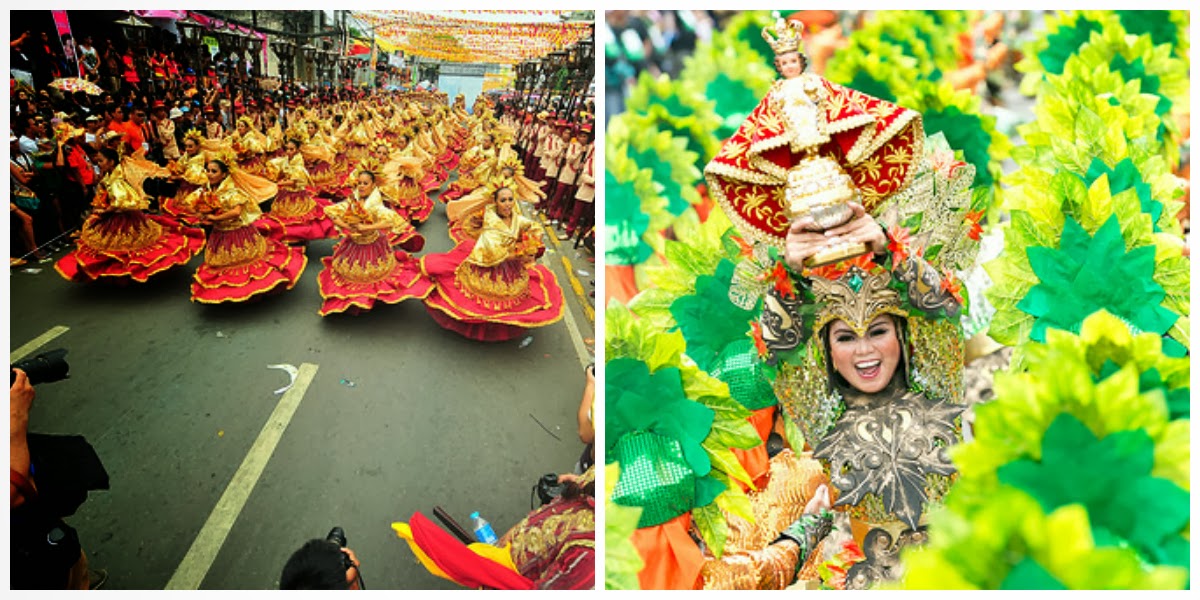 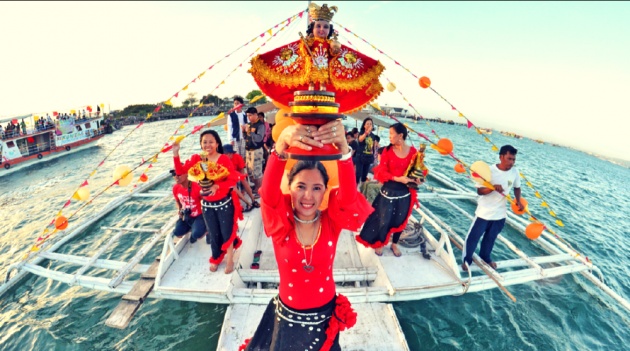 The contestants are all dressed in bright colored costumes which ranges from a Filipina dress to a costume which imitates an animal such as butterflies, crabs, monkeys and a lot more. Some also have their own specific costume design to be unique and be distinguished from the rest.

Because of the grand parade, this event had also been considered as a tourist attraction of the city of Cebu due to the fact that there are lots of activities and sets of events also happening alongside with the grand parade.

Sinulog comes from a Cebuano term "sulog" which means like water current movement. It describes the forward and backward movement of the dance. The dance consists of two steps forward and one step backward done with the sound of drums.

This is actually the original way of dancing the Sulog dance by a candle vendor, this is also called the prayer dance:

Candle vendors at the Basilica de Santo Nino continue to perform the traditional version of the dance when lighting a candle for the customer, usually accompanied by songs in the native language. And they get to pray for the person who buys the candle as a rital prayer dance honoring the image of the child Jesus.

The image, believed to be miraculous, is housed at the Basilica Minore del Santo Niño in downtown Cebu City.

HISTORY OF THE SULOG DANCE

The Sinulog dance steps are believed to originate from Rajah Humabon's adviser, Baladhay. It was during Humabon's grief when Baladhay fell sick. Humabon ordered his native tribe to bring Baladhay into a room where the Santo Niño was enthroned, along with the other pagan gods of the native Cebuanos. After a few days passed, Baladhay was heard shouting and was found dancing with utmost alertness. Baladhay was questioned as to why was he awake and shouting. Pointing to the image of the Santo Niño, Baladhay explained that he had found on top of him a small child trying to wake him and tickling him with the midrib of the coconut.

Greatly astonished, he scared the child away by shouting. The little child got up and started making fun of Baladhay. In turn, Baladhay danced with the little child and explained that he was dancing the movements of the river. To this day, the two-steps forward, one-step backward movement is still used by Santo Niño devotees who believe that it was the Santo Niño's choice to have Baladhay dance.

Here's an example of the demonstration of this historical event:

This is also part of the Free Interpretation category.

HISTORY OF THE SINULOG COMPETITION 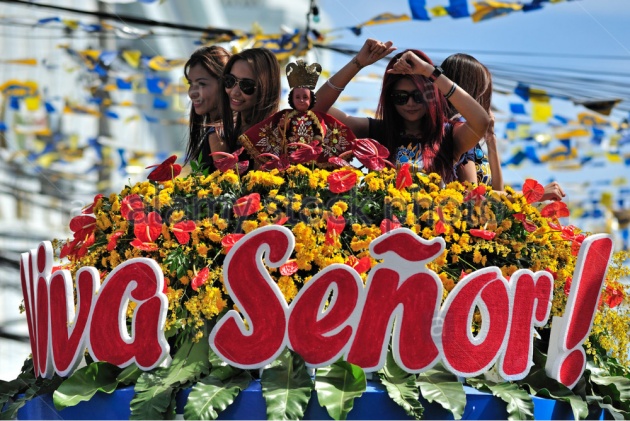 Before 1980, every time Cebu City celebrates its annual fiesta, children were dressed in moro-moro costumes who also dance the Sinulog. This was really no big event for Cebu City back then.

However, David S. Odilao, Jr., then Regional Director of the Ministry of Sports and Youth Development (MYSD), organized the first ever Sinulog parade. He gathered a group of students, dressed them up, taught them how to dance the Sinulog to the beating of the drums. It was a small parade really which went just around the Basilica, but it caught the imagination of the City of Cebu, which then thought of making the Sinulog a festival that would rival all other festivals being held yearly in the country.

Thus, under the direction of then Cebu City Mayor Florentino S. Solon, the Sinulog organization came into being.

From a small event on 1980, the Sinulog Grand Parade has become a great celebration and a tourist attraction for the Cebuanos and the rest of the country.

Here are some of the parades of the past Sinulog Parades:

This one was during the Sinulog Grand Parade 2015:

Artists from most TV networks would visit Cebu to join and witness the said celebration. There are fluvial parades, giant parades, fireworks, street parties and a lot more.

Sharing below the fluvial parade last year, 2015. The annual Sinulog fluvial procession of Señor Sto. Niño kicked off Saturday dawn from Ouano Wharf in Mandaue City to Pier 1 in this city.

Seven floats were created to depict seven different periods of history. Each float were followed by dancers wearing costumes depicting the periods.

The event starts on January 12, 2016 and ends in February 17. Below are the schedule of events for this year:

The competition by the way is also televised and has been aired live through the years of this said competition. The contestants will be parading and showcasing their dance and music all over the streets of Cebu and by the end of the said parade, the contestants will give their final dance show at the Cebu City Sports Complex.

To end the celebration, a fireworks display also is being held in SM Cebu City. Here's a coverage from 2014:

So far, Sinulog Festival showcases the most number of participants and the best choreographic exhibition of any festival in the Philippines.