Ever since I have joined bitLanders, the site has been updating and changing lots of things within its system and even the entirety of the bitcoin and payment options.

Around five months ago, the bitLanders community received a notification through Micky-the-Slanted-Salerno's blogposts regarding the introduction of bitMiles. It was the start of something new for the entire bitLanders' world as we were all used to receiving bitcoins in every sort of activity in the site. So bitMiles it is. I never had blogged about bitMiles before and I thought since Hillary Summers is giving out double rewards for the recent blog topics, I thought I should instead give it a try this time. So, let's start with the topic and I got a few question and answer portion down here.

Well, I guess it is already a cliche but let me reiterate this information as what I have learned from Micky's previous blogs about it.

bitMiles is the new platform of rewards in bitLanders, it is what we use to receive as rewards for our efforts in this site and these can be exchanged for USD payments or cash out to external PayPal or Payza accounts.

bitMiles is actually very similar to bitCoin, well it was bitCoin that we were used to call it but ever since bitMiles took place, we get bitMiles as rewards instead. So all things remain except for the term bitCoin, it is now bitMiles. But there is something good about using this platform. If you would ask me what i is, you can check the About section of bit-miles website and you'll see there that this is owned by bitLanders itself. If you notice whenever you receive your payments via PayPal, these comes from MTI USA Inc. which is also the owner of this technology. Cool isn't it?

What Are The Ways to Earn bitMiles?

Now let's move on to my main topic here in this article. This is important because it tackles the ways of earning bitMiles points within bitLanders and even away from bitLanders, yes you heard it right, you can earn bitMiles points even without using bitLanders. Let's check them out. 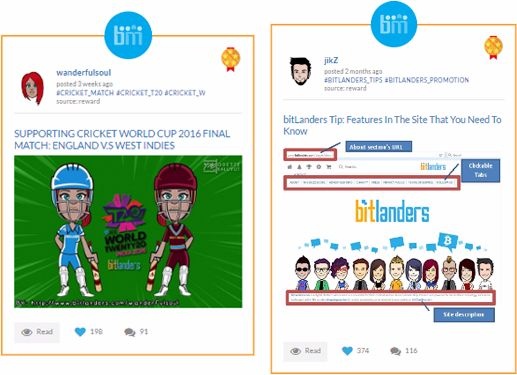 I always find it exciting getting into the homepage, why? Well, that is because it features different contents which can help us earn bitMiles points!

And it doesn't only features random contents but randomly rated ones from different users inside bitLanders. I remember the first time that this feature was launched, it excites me because I always see my rated blogs in it. Since that time, I am having this tendency of giving wild guesses of who's rated blog will be featured in the homepage.

The only downside I guess that this has is the fact that it only features the newly rated blogs, it doesn't include the old ones from last years or months. It doesn't also feature galleries and videos which have been rated. While these contents are also being available once you scroll down into the homepage, the main rated blogs which becomes the main attraction in every single time that we launch the homepage is only for the perfect five star rated blogs. 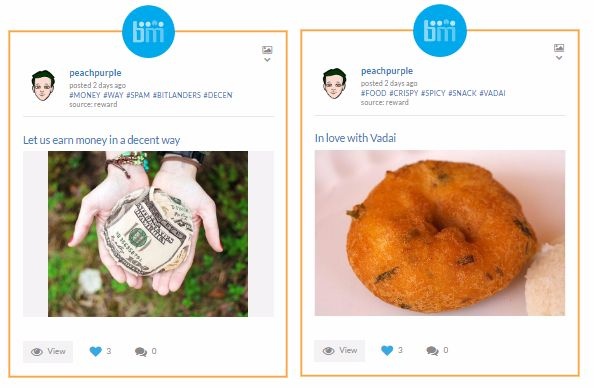 Aside from getting bitMiles from those five star rated blogs on the homepage, there are also other kinds of contents which are not rated but bares those bitMiles sign on top of them giving us a sign that we can earn bitMiles points on them.

Just open up the specific content, it might be a blog, a gallery, a video or even a microblog. Click it top maximize its content and a popping cute  little chest box will come like a mini treasure you'll have to look where it is located so you can finally get a hand of your 10 points bitMiles.

It has by the way emerged from the common (sometimes boring) sign to a very interactive and interesting chest box which is also similar to the box we get to see when our earnings are available in a whole day of socializing here in bitLanders.

Whenever you go to the homepage, make sure to scroll down and check other available contents, the group of jewels might be waiting for you down there. It's a clumps of 10 bitMiles which may give you a hundred or more if you are industrious enough. 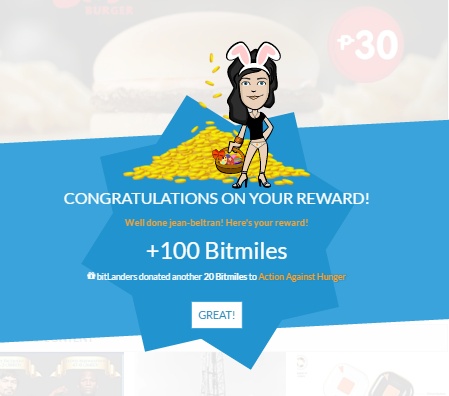 Not all of the users here in bitLanders know that before bitLanders became bitLanders, it was once a film site called Film Annex. This was established in 2006 which is a Web TV Network that allows filmmakers to create free Web TVs to present their work under specific domain names. It was a good way of showcasing a film maker's works even without his own domains.

Fast forward, bitLanders was created to not only for those who want to socialize but to those film makers too enabling them to showcase their products or their films to more than 500,000 users all over the world inside bitLanders.

And one can earn bitMiles specifically a hundred bitMiles by watching videos or films inside bitLanders. These films have advertisements in them which can be left playing while waiting for the real video to play. After a few seconds of playing the advertisement, a pop up showing you had earned a good amount of hundred bitMiles points will show up on your screen.

This is easier way of earning bitMiles by the way and I have been doing so ever since. I am able to earn more than a thousand bitMiles in a day just by playing these videos. 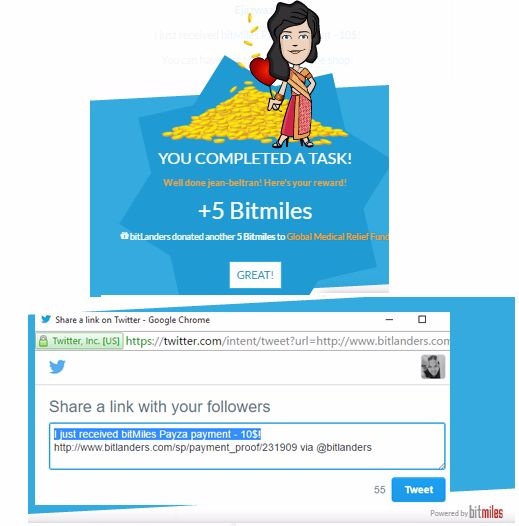 Rank statuses show up on your home page by the end of the day, giving you and your audience a hint on what your status is before the earnings arrive.

Also donating to Charities would also provide an update on the home page stating that a certain Charity institution had received certain amount. Pressing on the buzz button will give you additional points as well. Aside from also getting bitMiles points for performing this, your favorite Charities gets a few bitMiles points too! It's like hitting two birds with a single stone! 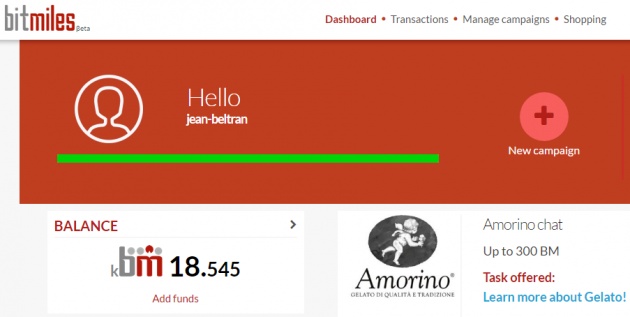 Here's a challenging thing, completing bitMiles tasks. But no it isn't that challenging actually. As you can see, each one of us as bitLanders users have our own bitMiles accounts from this site below:

So, if you are not yet aware of it, you can login there using your own bitLanders log in credentials and be able to see your own dashboard which pretty looks like this one:

On the left side shows your account balance which is also the same  balance from bitLanders. On the right hand side you can see the tasks available for you to complete. The tasks is not limited to opening a website or information, it also has other stuffs like downloading applications and such.

And the best thing about it, you can get to earn bigger amounts of bitMiles points!

Innovative - If I could describe bitLanders in one word, it would be innovative. I had never seen a website add and change things for its betterment. Not just for the site itself but also to the users of the site. I have mentioned and blogged about this in the past and I would be more than happy and willing to share it again and again. Check out the blog here: 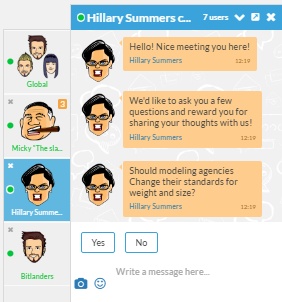 So the latest addition to their obviously constant innovation is the Chat Surveys.

These are simply questions which you can answer through the options available given directly by the questioner, either be Hillary Summers, Micky-the-Slanted-Salerno or bitLanders itself. These are bots so they are not real humans chatting with you but scripts running through the background which have been coded to work that way into the system.

Notice that when you go online, automatically the three bots will also appear on your screen! It will be showing a notification and once you click on it, immediately, you are already participating the survey.

As mentioned earlier, the answers are already available an all you have to do is to select the preferred answer. Most of the questions are US related so most of us might not be able to relate that much specially if you are not based in the United States.

The Chat Surveys' bitMiles points now has been changing. Originally, it was only providing 10 bitMiles points per answer but some questions would give the users 30 bitMiles. I wonder if in the next weeks it will be increasing to as much as 100 bitMiles?

Do you think so because I believe it will.

Check these other blogs that I had posted regarding this topic:

My First 60 Days in Bitlanders Hello, Bitlander friends. I have joined the site on the third week of…