Chavez Putting Venezuela on Wrong Side of History 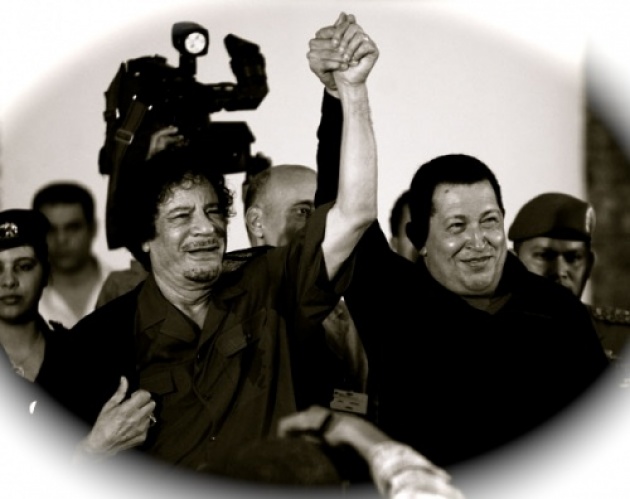 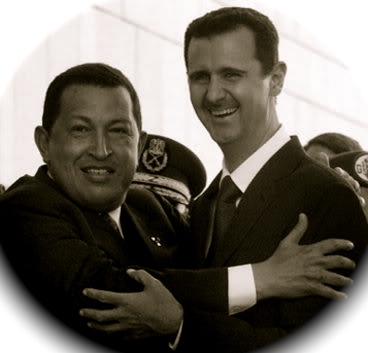 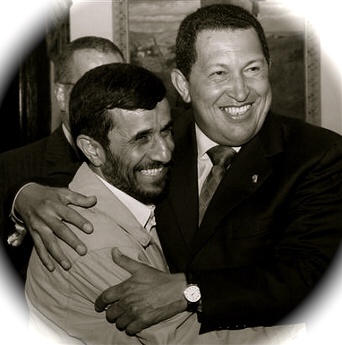 President Hugo Chavez has developed a habit of putting Venezuela on, more like embracing wrong side of history – only see Libya and his “close personal” friendship with Colonel Gaddafi. It’s not that the alternative is always so much better. Rather like Gaddafi, and Tehran’s autocratic theocracy and most recently Assad’s regime in Syria stand in the way of democratic change and hope for more open and progressive societies. If Venezuela is basing its alliance on being opposed to Washington’s domination, it can find many potential friends. However, Chavez appears to always go into bed with the worst who are only concerned about perpetuating their own regime. Below is report of speech delivered before the UN by Venezuela’s current Foreign Minister Nicolas Maduro who specifically said he was reading it on behalf of President Hugo Chavez. The speech echoes the Assad regime’s excuse that is fighting an international conspiracy rather than repressing/killing its own people. As this Monday, the UN General Assembly once again takes up the urgent issue of the brutal war waged against Syria’s citizens by its own people, will Chavez’s regime again align with the brutal dictator and his clique? Read Re Syria Debate at UN - diplomaticallyincorrect.org/films/blog_post/syria-debate-un-general-assembly-coming/45454 Below is Our Report from September 28, 2011: Venezuela's Chavez Defends Syria Assad Regime at UN GA, by Ambassador mo President Hugo Chávez Frías said that the real reason for military intervention in Libya this year was to take over its wealth, and that the same imperialist tactics are being exercised in Syria. (Although not able to personally attend and speak, President Chavez employed Venezuela's Foreign Minister Nicolás Maduro Moros to deliver his message to the UN General Assembly - PHOTO Above). Syria runs the risk of falling victim to the same “new cycle of colonial wars” that was imposed on Libya, Venezuela told the General Assembly’s annual general debate (9-27-2011). “It is intolerable that the powers of the world intend to claim for themselves the right to direct the lawful rulers to resign immediately. This was the case in Libya and they want to proceed in the same way in Syria." (From UN News Centre Sources) Chavez Speaking Through his Foreign Minister on Libya & Syria: Mr. Chávez called for the immediate cessation of the NATO bombing operation in Libya, and spoke strongly against any form of intervention in Syria. “The ‘Libyan Case’ was brought before the Security Council on the basis of an intense propaganda by the Western mass media, who lied about the alleged bombing of innocent civilians by the Libyan air force, not to mention the grotesque media setting of the Green Square of Tripoli.” After the Libyan air force was completely annihilated, the continued ‘humanitarian’ bombing shows that the West, through North Atlantic Treaty Organization (NATO), intends to impose their interests in North Africa, turning Libya into a colonial protectorate.” Libya Repeating Itself in Syria: Mr. Chávez stressed that the same should not happen in Syria, and that military intervention should not be an option for the country. “Only the Syrian people can solve their problems and decide their fate in the light of the right to self-determination of the peoples, an inalienable right in all respects. Were it not for some permanent members showing a firm stance, everything would be defined within the Security Council to authorize shooting missiles and sending bombardiers against Syria.” UN Human Rights Office Has Different View on Syria & Libya: Top UN officials have repeatedly expressed concern this year about the Syrian Government’s response to a largely peaceful protest movement, calling it a violent repression which has resulted in at least 2,600 casualties. The UN Human Rights Council has also ordered an inquiry into the violence after an earlier UN fact-finding mission outlined a litany of Government abuses, including murders, enforced disappearances and acts of torture. FILM REPORT - "Venezuela & Libya @ UN" - diplomaticallyincorrect.org/films/movie/venezuela-libyaun/28589 ARTICLE - "Syrian Foreign Minister Asserts 'Blatant Conspiracies'" - diplomaticallyincorrect.org/films/blog_post/syrias-foreign-minister-asserts-blatant-conspiracies-promises-at-un-ga-by-ambassador-mo/35604 By Ambassador Muhamed Sacirbey        Facebook Become a Fan at “Diplomatically Incorrect”        Twitter – Follow at DiplomaticallyX         More Reports at Venezuela Web TV Channel - diplomaticallyincorrect.org/c/venezuela