The following text is by Dr. Gerhard Stübner to the art exhibition "Elke Rehder artist's books and graphic arts" in the national library in Hanover 2009.

Chess is after Stefan Zweig mathematics, which does not calculate anything; an art without works; an architecture without substance. But nevertheless this in the 6th century developed combat game has a continuous fascination up till today, because basic elements of human thinking and acting, which are formalized in its rules, have timeless validity and topicality. The rules as conservative structure form the basis. But what happened on the chessboard are dynamic conditions by the infinite possibilities of moves. Crucially for the result of the game is the thinking, which enables the player to examine his own strategy permanently at the material experiences and to see his own chances and those of his opponent and acting afterwards.

The artist Elke Rehder became attentive to chess, when she watched an open-air game in a park. Here the participants must carry the figures from field to field, in order to the moves, contrary to usual games, where the players sit motionless opposite. The open-air players seem indissolubly connected with the chessboard.

For Elke Rehder became this an experience of symbolic sense and the reason for the intellectual and artistic approaches to the game. But sporty interest did not arise from this. Her attention is drawn to the chess pieces on the board, not to the players. In the hierarchical structures and in the strategy of the game she sees similarities to situations in the real life. The figures develop thereby an independent existence and become a metaphor for social phenomena.

The artist developed her own symbols for the chess pieces, by assigning a color to each one. All pawns are explained in red. For Elke Rehder stands the red color for activity and vital strength. The bishops always wear a mitre. Like the rook, they are designed in black-yellow color combination, whereby yellow stands as warning color also as symbol for ideologies. The color of the anarchy is black. The combination of both colors signals danger. In case of the rook it exists in the inexorable straight line thinking. With his mass - symbol for conservative structures - he runs down everything that comes into his way. What the rook cannot clear, takes the bishop, symbol for church power and guarantor for the consistent penetration of ideologies. The knight in blue color stands for the avant-garde, the maladjusted, the new. The king combines all colors of the rainbow in himself. A shiny stature; magnificently, awkwardly and relatively immovably.

Looking to the woodcuts and etchings more closely, some characteristics are noticeable, which are not conform to the rules of chess. The artist creates her own meaning of symbolism and develops combinations in comparison to the real life.

The lowest caste in the chess hierarchy - the pawns - succeeded in to threaten the king and possibly setting mate. The king as single figure - without his vassals - has hardly still motion possibility. He cannot free himself any longer. Historical events of world history come into the sense. 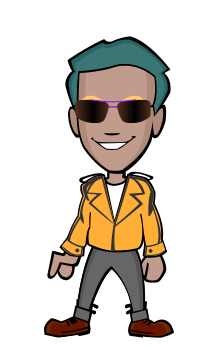 1. Earn Bitcoins by accepting them as a means of payment…

How to mine bitcoins on your own

Bitcoins act like cash, but they are mined like gold. So how does someone get into the current bitco…

Chess - Mirror of Life The following text is by Dr. Gerhard Stbner to the art exhibition "Elke Rehde…