Chicken Or The Seed 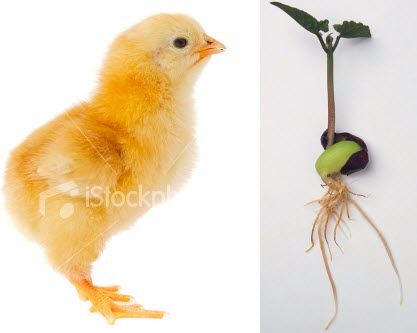 When he returns for the fourth time, the owner's curiosity is too much for him, so he asks the farmer why he keeps coming back for so many chicks. The farmer says, "Well, I guess I must be doing something wrong, but I don't know what. I think I'm either planting them too deep or too close together. "

Bemused by his lack of success, the farmer sends off a report of what he has done to the local agricultural school, asking for advice. Three weeks later, the reply comes back, saying simply, "Please send soil sample."