China and the US could be on the verge of a new arms race, as both countries appear to be developing fifth-generation stealth aircraft that can launch from aircraft carriers.

David Axe, at War is Boring, notes China has placed a full-scale model of its fifth-generation J-31 stealth prototype aboard a mock-up of China's single aircraft carrier. China frequently tests new additions to its military arsenal by building these kinds of model prototypes first — although the J-31 also underwent its first test-flights this past June.

If China is actually planning on deploying its J-31 fighter aboard its Liaoning aircraft carrier, the J-31 would be a direct competitor to the US's troubled F-35C. The F-35C, which is meant to deploy to the US's carrier fleet by 2018, would be the first stealth plane that can be deployed from sea.

China's aspirations towards such advanced military capabilities come at a time that the US is attempting to pivot much of its military and diplomatic efforts to the Asian Pacific region. China believes it stands to lose from this possible gain in American power in Asia, and Beijing is seeking to counterbalance any increase in US influence in its backyard. 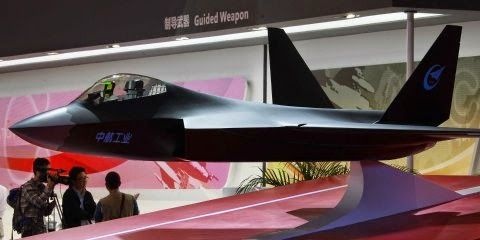 Aside from the J-31, China is currently in the process of placing two more aircraft carriers in its fleet. One of the two would be nuclear-powered and as large as a US supercarrier.
The Chengdu J-20 fifth-generation fighter jet. China is also developing a second fifth-generation stealth aircraft called the J-20. The J-20 is only in its prototype phase, and is further from a full rollout than the more-developed F-35. But the plane could still be a game changer within Asia, and the aircraft has been at least partially modeled off of stolen F-22 and F-35 plans. The J-20 could hypothetically reach targets within Japan, the Philippines, and Vietnam.

Whereas the J-20 is largely seen as a copy of US aircraft, the J-31 will be smaller, sleeker, and more original in its design, assuming it flies in its intended form. Vladimir Barkovsky, chief of the Russian MiG aircraft design bureau, has called the J-31 a "well-done indigenous design."

The J-31 is about the same size as the F-35. However, the Chinese aircraft has smaller engines and a flatter fuselage, which implies a focus on air-to-air combat. The design means that the J-31 will have a smaller weapons bay than the F-35 — but it will have improved fuel efficiency and higher speed due to its comparatively less drag.

It is possible that China is developing the J-31 to eventually fly alongside the J-20. This would be similar to the US's envisioned use of the F-22 and the F-35, which are meant to compliment rather than replace one another.

China may also be developing the J-31 solely for the export market and as a rival to the F-35. If this is the case, China sees itself as a future world weapons supplier to nations that the US would otherwise not necessarily sell to.

A likely candidate for the purchase of a Chinese fifth-generation fighter would be Pakistan. The two nations had previously jointly developed an advanced fighter and Pakistan receives 54% of its arms from China. 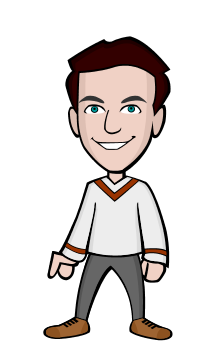