China illuminating their presence in Afghanistan more than before 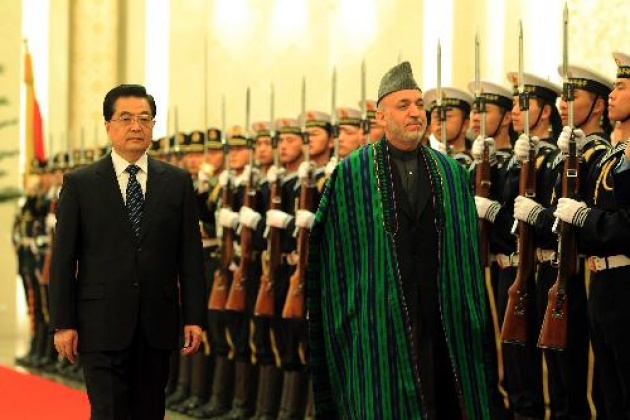 China’s inactivity in Afghanistan is becoming to an end and is more moving towards becoming Afghanistan’s most important mediator and investor, as the United States is getting ready to withdraw its troops from Afghanistan.

Beijing maintained a “spectator” status in Afghanistan since 9/11 attacks, wanting no serious involvement in Afghanistan, except for its investment in Aynak copper-mine project, which is moving at its slowest pace. China recognized Afghanistan as a neighbor in name only and denied any political attention and largesse that such a strategically significant country might have expected.

Now, as the U.S. is considering drawing down its troops, China no longer wants to sit on its hands. Chinese officials are instead urging the US to withdraw “responsibly”. China fears that the rapid drawdown of NATO troops could lead to civil war, an escalation of proxy battles among Afghanistan’s neighbors, and the destabilization of the wider region — most worryingly, Pakistan.

China wants to make sure that its ties with all the countries involved in Afghanistan remain “healthy”. This approach underpins China’s greatest contribution: “long-term investments that have a better chance of being left in peace.” China’s operating USD 3bn Aynak copper deal indicates the Chinese reluctance to move ahead with the contract in order not to be identified with the U.S. war effort as direct security concerns. Such political context is changing, however.

China’s trade with Afghanistan has increased from USD 25mn in 2000 to USD 234mn in 2012. China’ previous economic activities in Afghanistan were best pursued either slowly or not at all. Now, with 2014 approaching, the spigots are starting to open again. After four years in which no significant contracts were signed, the last 12 months saw a major oil exploration bid accepted on terms sufficiently generous to the Afghan government as to imply that the contract will be the first of many. And, in September Afghanistan saw a “surprise” visit by a senior Chinese official after 50 years.

China’s assistance to Afghanistan started increasing now that US troops are heading back home. Unlike the West, China has more of a reputation for not leaving a nation once it has committed.