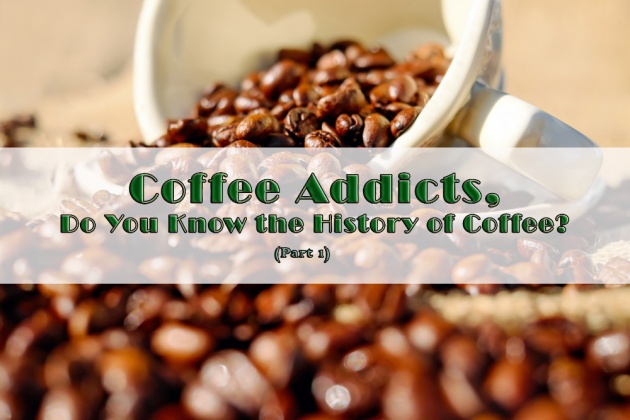 Who doesn't like a good cup of coffee? Its intoxicating aroma and taste are enough to drive people for more. It's remarkable how one small bean grown on small trees in Ethiopia traveled across the globe and became the second most traded commodity in the world. But before that happened, it went through a long history of trials and tribulations that almost cost us the joy of coffee. But, have you ever wondered how it was discovered and how it ended up in different regions of the globe? Well, sit back and hold on tight because I'm gonna take you on a travel across time, space, and continent. The history of coffee is also enshrouded with politics, controversy, and illegal smuggling--so, it's gonna be a juicy one.

The Tale of the Dancing Goats: An Ethiopian Legend 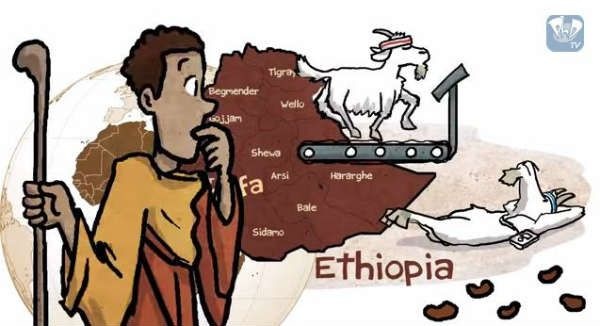 In the beginning, coffee bean came from Ethiopia. So, how did it get to every region of the globe? We'll get to that soon. But first, let's talk about how it was discovered. The most popular legend involves goats. Yeah, goats! In 700 AD, Kaldi, an Ethiopian goat herder, stumbled upon his goats acting strangely. They were a little too energetic. They seem like they were dancing. He later found out that the goats were eating red berries, so he concluded that the fruit is what's causing this odd behavior.

He took a few samples of the berries and gave them to a monk, who was happy with the find as it could help him stay awake and alert while he prays at night. In other versions, the monk disapproved of the berries and threw them into the fire which resulted in a pleasing and wonderful aroma. Needless to say, this became the first roasted coffee in the world. After this incident, they soon found out that grinding and boiling the coffee bean produces a drink fit for the gods. 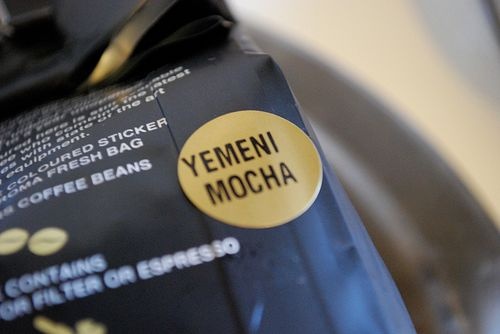 The story about Kaldi is just that: a story. Although no one can prove if the legend of the dancing goats is true o, one thing is for sure--coffee originally came from Ethiopia. Another thing we can be sure of is where the beans went next. It went across the red sea up north to Yemen, the second largest Arab sovereign in the Arabian Peninsula, in the 15th Century. The beans first arrived at the port of Mocha. Sounds familiar?

Due to the growing popularity of coffee and its shipment at the port city, the term "mocha" soon became synonymous with coffee. So now you know the origin of this term next time you hear it.

Coffee was grown in Yemen and became popular in Egypt, Turkey, and Persia.

Coffee was so popular that it was dubbed as the "wine of Araby". More and more coffee houses started to open up across the peninsula. These coffee houses became known as the "Schools of the Wise" where you went you to hear and share information. However, just like everything else that grows a little too much in popularity, coffee had its fair share of controversy and persecution. The court of Mecca tried to curtail its popularity by forbidding it due to its stimulating effects. The same thing happened in Ethiopia and Egypt--but the coffee lovers will have none of that. Riots soon broke out on the streets of the Arabian Peninsula until coffee was rightfully returned to the people. Hurray for people power!

Coffee Went on a European Tour

The growing popularity of coffee cannot be contained, so it does not come as a surprise when it finally invaded Europe. In 1570, coffee made its first appearance in Venice and quickly became popular. In 1615, however, Pope Clement VIII didn't like how people are going gaga over coffee, so he decided it must be satanic. And, well, let's be honest. When the church does not understand anything, it must be satanic. Fortunately, he had a change of heart and mind. Upon close inspection of the popular drink, he finally relented and baptized it a Christian beverage. Whew! 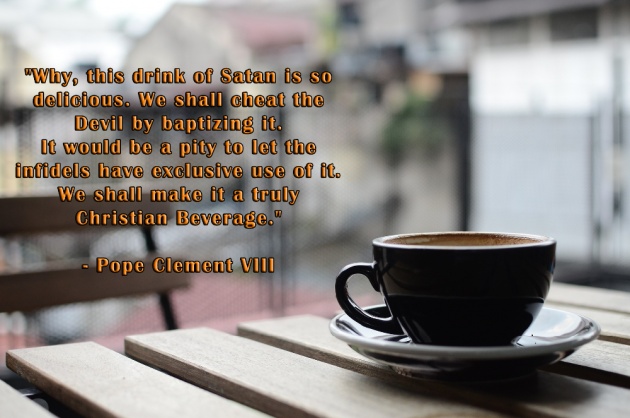 Coffee houses sprung left and right all over Europe. And just like in Arabia, these coffee houses became the epicenter of social activity where one could engage in political debates and stimulating conversation. Some of these coffee houses even grew into large-scale businesses or prestigious and exclusive clubs or societies in England.

These coffee houses became known as "penny universities" in England.

It soon became the norm for English men to frequent and stay at coffee houses. However, they started spending way too much time there. So in an attempt to get their men back at their homes, a group of women tried to have it banned by starting the Women's Petition Against Coffee. Of course, as you well know, coffee prevailed, yet again. 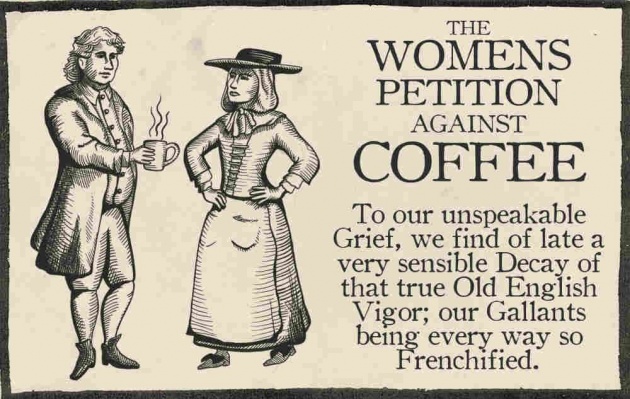 In 1669, the Turkish Ambassador in Paris introduced coffee to France.  King Louis XIV together with his royal court was instantly smitten with the drink. And the rest, as they say, is history.

After the battle of Vienna in 1683, the very first coffee shop opened in Austria called The Blue Bottle.

The Turks who tried (and failed) to invade the land were left with a surplus of coffee as a consolation prize. One of the officers used these to open up a coffee shop and even popularized a new way to enjoy coffee--by adding milk and sugar. And so, the Turkish coffee with milk was invented. 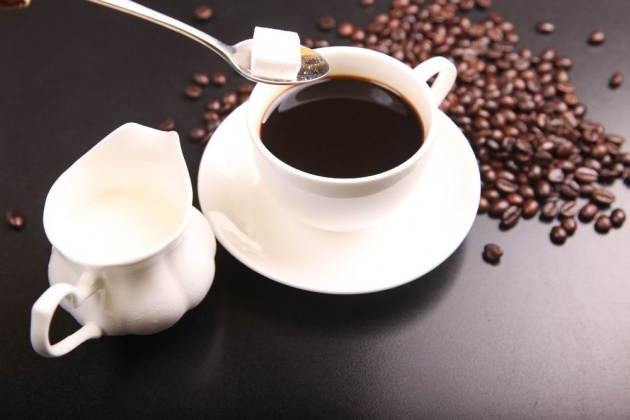 Nowaday, there are many different ways coffee can be enjoyed. We have cappuccino, frappuccino--and basically every 'ccino' I can think of. If you're a little tired of the 'ccino' coffee series, you can always try something a little more exotic like the Vietnamese Egg Coffee, also dubbed as liquid tiramisu. Steve from Steve's Kitchen will help teach us how to make our own Vietnamese Egg Coffee.

So, that's it for the first part of this very intriguing history of coffee. Yeah, coffee has a very long and interesting backstory so better stay tuned for the next part of my coffee blog for more. The story is far from over. There are more interesting facts about coffee that you should know about. Hey, if you're a real coffee lover, you should at least try to understand the origin of coffee, right?