Hello again to another Halloween special blog post! And surprise! This post will be anime free. I wonder if my bitlanders friends are still busy today for the All Saints’ Day.

(video source: Kevin Richberg via Youtube)
The All Saints' Day in the Philippines.

Before we dive in to the main topic, let us have a little background about some practices we Filipinos do during All Saints’ Day. As we all know, All Saints’ Day or what we call "Todos Los Santos" or more commonly as "Undas" is all about praying especially for all our departed loved ones and reminiscing the good memories they had during their lifetime.

In some countries, they have costume parties and the very popular trick-or-treat. While we do have those activities in the Philippines too, such events aren't actually widely done here. They are only done at the malls and to some posh establishments and subdivisions where most of the guests are kids and those young at heart. I also remembered, a nearby mall would have a toy fair beginning around the third week of October in preparation for Halloween.

In the Philippines, what people mostly do is visiting their departed loved ones at the cemetery on the first day of November. Although some people would try to avoid the huge crowd, so they either go to the cemetery earlier on October 31st or later on November 2. People would light candles at the grave or put flowers. There are also some who offer fruits. Of course, the most important part is to give a prayer for them when we visit them.

At home, we also light candles at the front and back area of the house; and on the altar too. It was believed that putting candles in front and at the back of your home is a sign of respect for the souls who would pass by.(I'm not sure how true this is, but it creeps me out when I think of it.) Making loud noise is also not advised. 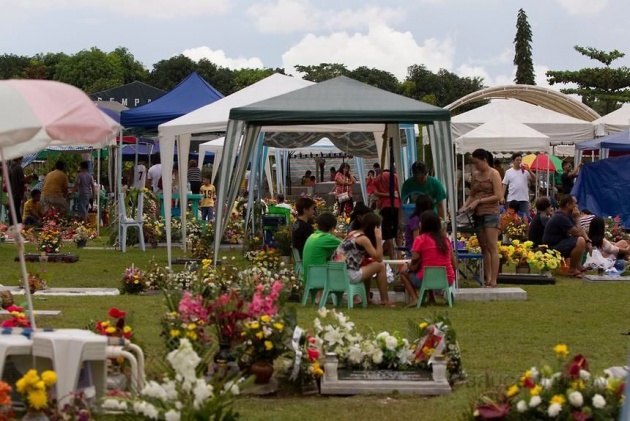 (image source: Collette P via Pinterest)
A typical family gathering at the cemetery every All Saints' Day.

One more important thing during this day that makes the time worthwhile is the foods. I’m not sure how it goes in other countries but here in the Philippines, food is very essential. Well, like in every holiday here, foods are the most sought-after part of the day that’s because holidays here also means a time for family reunion. All Saints' Day here is like the pre-reunion for Christmas Eve. Families, usually big families, spend like a whole day or night at the cemetery and catch up with other relatives. And to make the time more enjoyable for everyone, they bring lots of foods for everyone to enjoy.

In our family, I think I had only once experienced a family reunion-like All Saints’ Day. As usual I am just at the corner eating while my parents speak to our relatives in Ilocano dialect. I only understand very few Ilokano words(I understand more Nihongo than Ilocano. Lol) and so food was my best friend then. See how important food is?

Moreover, when we bring foods to the cemetery, we also give a share of our food to our loved ones below the ground by putting it on a plate and placing it on the grave or somewhere near it. Though if you eat at home just like we mostly do, we place their share at the altar. This is done to give respect to our relatives who passed away and a sign that they will always be remembered and a part of our lives.

I hope this post isn't too late but I've listed some common Filipino foods on a Filipino family's table during All Saints' Day. For my non-Filipino friends out there, I welcome you to the common delicacies of the Philippines too! The following foods can also be seen on other occasions not only on All Saints' Day.

Delicacies for All Saints' Day! 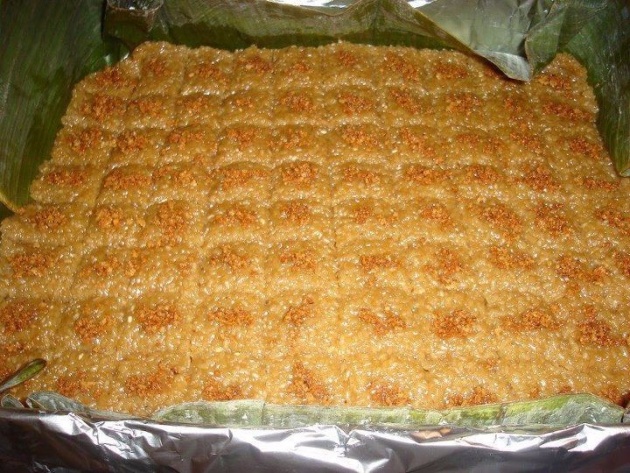 First on the list is Biko. Biko is a sticky rice delicacy made of glutinous rice and coconut milk. Then topped with some coconut milk curd we locally call as "latik." For serving, the Biko is placed on a banana leaf for an additional nice smell and festive appeal.

Please do not confuse the name with the Pen-Pineapple-Apple-Pen singer Piko Taro, but may be a good way to remember the food. Ugh! It's Biko, not Piko! Remember that. 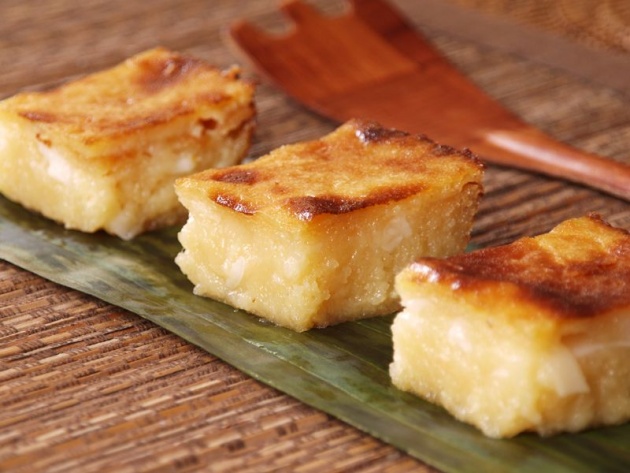 When eating Cassava Cake, it sticks a little to the teeth making it a bit difficult to chew, in my opinion.(Lol.) But it is definitely very delicious and sweet. My mother would sometimes bring home a box of Cassava Cake and it makes my day really happy. 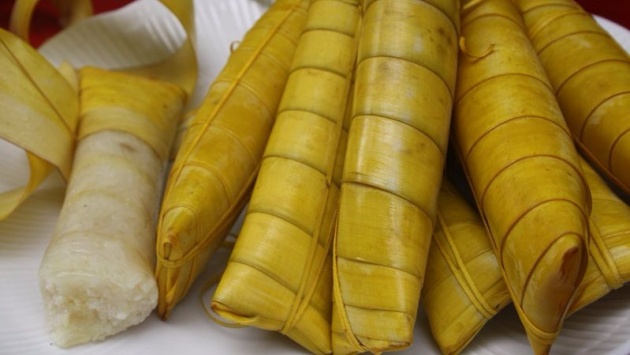 Suman is one of the most popular Filipino dessert. It is a sticky rice cake made of glutinous rice and coconut milk, usually cylindrical in shape, wrapped into a banana leaf and steamed. I believe what makes a Suman distinctive is its amazing packaging. Suman is wrapped and tied tightly in a banana leaf and usually tied in bundles. They can also come in triangular shapes just like the one I have last eaten two weeks ago.

The Suman is very sticky so prepare yourselves as your hands will get a touch of its stickiness no matter how cautious you are of undressing the banana leaves. This sticky dessert is best when sprinkled with granulated sugar or dipped into caramelized sugar. 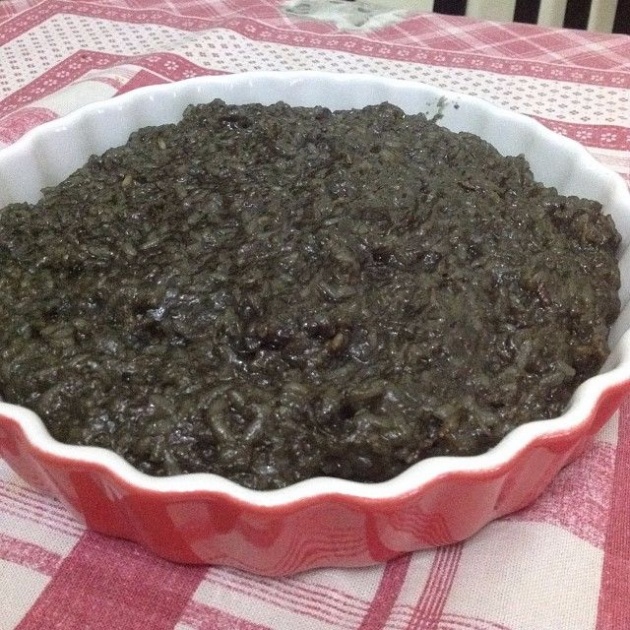 Deremen or Inlubi is a delicacy coming from the Northern provinces of the Philippines especially in the province of Pangasinan. Deremen is a young glutinous rice combined with coconut milk and molasses. I know you'll ask why Deremen is a little black in color, that's because of the burning of the glutinous rice to give off a nice smell.(I'm not sure for other reasons though.) It is not meant to give that intimidating appearance but did you know that Deremen is served during All Saints' Day? I'm not sure why it is popular during this day but the blackish color gives the Halloween vibe, right?

Even though I'm from the province where this strange delicacy is popular, I can only count the times I have eaten this food. It tastes good but the color seems weird and so I feel uncomfortable eating it. 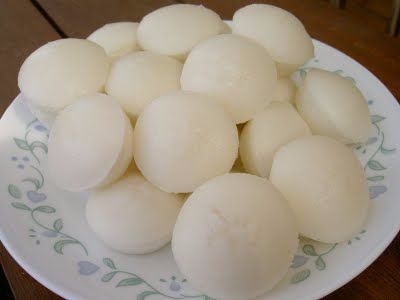 Puto is a small steamed rice cake which is commonly in white color. But there are also other variation of colors like pink, violet, yellow and green which I believe comes in different flavors too. The last time I ate a pink-colored Puto, I tasted a tinge of strawberry in it. Meanwhile, the white Puto also comes in two variations, the plain(which you can see on the photo) and the other topped with cheese. I say, the ones topped with cheese is the best!

This little sweet dessert could be eaten at any time of the day but I heard people love to eat it during morning, pairing it with a hot cup of coffee or chocolate. They also love to pair it with the strange Filipino dish called "Dinuguan" which I haven't tasted in my entire life yet because Dinuguan is a pork blood stew and I just don't like the idea of eating pork blood.(Hehe, sorry my Filipino friends.)

Anyway, they say the best Puto can be found in Calasiao, a municipality in the province of Pangasinan. Just a tip for those who are planning to buy there, buy your Puto at the stall where there are lots of buyers because that means their products will most likely be new. 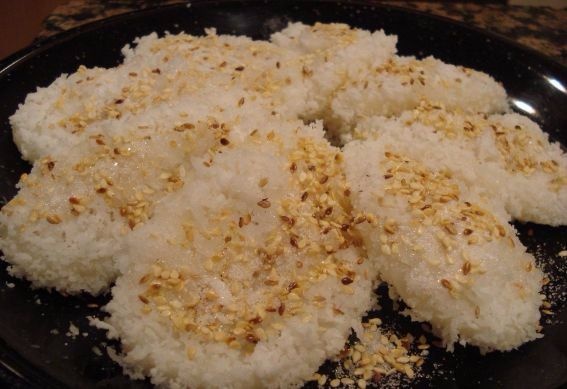 Palitaw is another rice cake delicacy in the Philippines. It is made up of flattened rice dough and usually circular in shape. Palitaw means "to surface", acquiring its name Palitaw from the way it is cooked. The flat rice dough is placed on a boiling water and once cooked, the rice dough floats on top of the water. After that, they are showered with grated coconut. Some even put brown sugar and sesame seeds on it.

I rarely eat this food even though they are tons of it around the market. And the whiteness of this food is very appealing to me. I want to eat one soon! 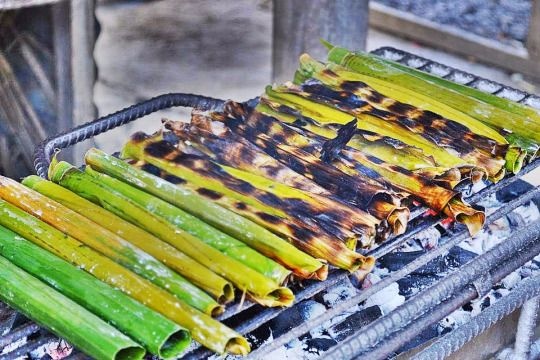 Tupig is another delicacy from the northern region of the Philippines. Tupig is made up of glutinous rice and coconut flakes. It's sweet and is a bit similar to the Suman, well, except for the coconut flakes. Like Suman, Tupig is also wrapped in a banana leaf but instead of steaming, they are grilled over a burning hot charcoal. The little burnt smell of it makes it more delicious while you open it like the way you open a scroll.

You can find lots of Tupig vendors around the Our Lady of Manaoag Church in Manaoag, Pangasinan. So when you go to this church, don't forget to buy some Tupig. Other towns near Manaoag like San Jacinto and Mangaldan also has some Tupig vendors along the streets. Meanwhile, I rarely find this food at Dagupan City, the busiest city in our province. 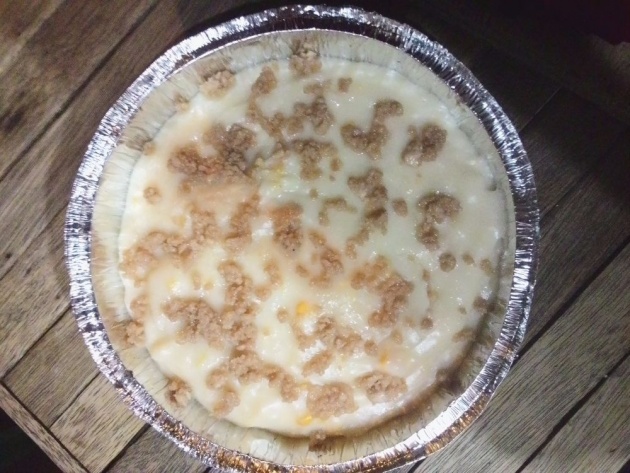 Last on my list is the heavenly Maja Blanca! Maja Blanca is made up of coconut milk, cornstarch, condensed milk, corn kernels, evaporated milk, butter and coconut milk curd. It is very easy to make and very delicious. With the right amount of cornstarch, you can achieve the perfect soft and jelly-like texture. After removing it from the heat, immediately distribute it on your containers because it forms to its jelly texture pretty easily. Once you have placed it on the containers, topped it with just enough coconut milk curd.

My mother makes Maja Blanca every All Saints' Day and I accompanied her in making it last night. My task was to stir and taste. Such a joyous task! (Haha!) 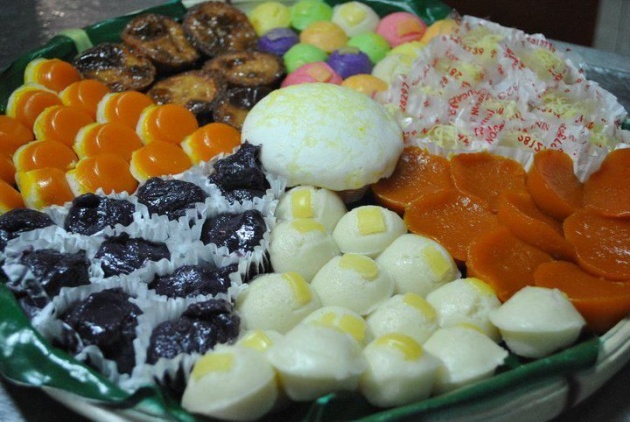 (image source: Google.com)
A set of some Filipino delicacies.

Filipinos love gatherings and so foods are important to keep the ambiance cool and the conversation alive. And honestly, in our busy lives, we could hardly eat such foods on the list. Probably the reason why they are always present on holidays and special occasions.

By the way, these foods are generally called “Kakanin” or rice cake in English, which is derived from the word “Kanin” meaning “rice” because most of them has a main ingredient of rice. Very simple, very yummy and very sticky.(Lol) Another reason I’ve thought why these foods are always present on gatherings is due to the thought that the stickiness of these foods brings everyone closer—like helping everyone stick together and develop a better relationship towards one another.

(video source: Panlasang Pinoy via Youtube)
A tutorial of how to make the Palitaw, just in case you're interested. I think it's easy.

For my family, we already decided to visit the cemetery yesterday evening. We don’t want to get stuck in traffic today because surely there will be lots of people. Good thing my family decided to go yesterday because crowds easily drains my energy.

I hope everyone had a good time with their family and didn’t forget the reason for the holiday. Celebrate it solemnly and reminisce. Apart from that, please don’t overeat or else you’ll soon reminisce on your nicely-shaped belly on the next coming days. Just kidding! And I also hope everyone on the cemetery would be more disciplined and be reminded to clean their area after eating.

I know this post is a bit too late but I believe in the saying, “Better late than never.”(Hehe!) So, which among the list have you eaten this holiday?