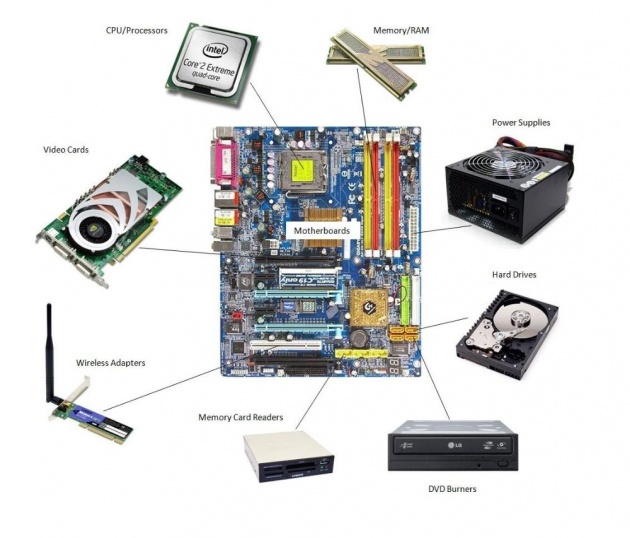 4. MOTHERBOARD Main circuit board inside your computer is called a motherboard. The motherboard contains the connectors for attaching additional boards, such as the CPU, BIOS, memory, mass storage interfaces, serial and parallel ports, expansion slots and all the controllers that are required to control standard peripheral devices such as the display screen, keyboard, and hard drive.

5. MOTHERBOARD Here we see a diagram and a photo of a motherboard (or main circuit board). This one is suitable for a Pentium CPU

6. PCI SLOTS PCI slots This board has 4 slots for the newer PCI boards for peripherals like video cards, sound cards, internal modems, etc

7. MEMORY SLOT Memory slots There are 4 short slots for SIMM memory. This board has two long slots for a new kind of memory called DIMM DRAM.

9. RAM RAM, or Random-Access- Memory, is a type of memory that accesses faster than main memory (like a hard drive), but that only stores data while the computer is turned on. It is normally used to store the program that your computer is currently running, and any data that program needs. RAM is divided into small blocks of data, each of which can be accessed by a unique number, called an address.

11. Floppy drive Storage Devices -- "How it saves data and programs“- - Hard disk drives are an internal,higher capacity drive which also stores theoperating system which runs when you poweron the computer.-"Floppy" disk drives allow you to savework on small disks and take the data withyou. 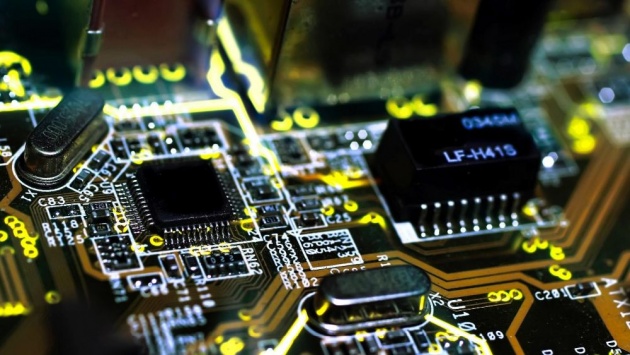 15. CD-ROM drive They are disc drives which read Compact Discs (CDs). They are transportable and can be used to perform various tasks such as reading data from the computer and listening to audio. Data is written on a CD by burning pits into the disc to produce non-reflective areas. 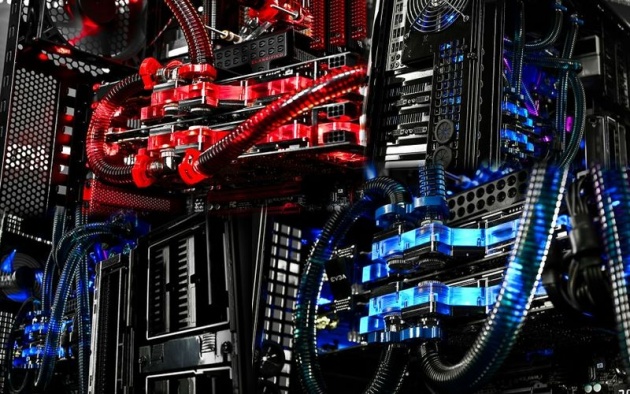