An interesting thing happened to our character’s father around tax time.  He always had a unique way of looking at things especially by making what could be a problem into a solution or a positive.  Joseph Sassoon the office manager for his company American Nile called him one day to say he was sorry but the company was going to have to pay $50,000 in taxes, which is roughly $729,000 in 2014.  The father replied that, “He hoped the next year we would pay twice that, and the year after even more!  That means we were making a profit.”  I find this funny and interesting and wish that I could have interviewed this man.  I find myself questioning why taxes are such a big debate in the United States.  Was it his ability to ignore the negative, or was he less greedy than many businessmen of today?  Another possibility is the idea that he was proud to be able to live here have these freedoms and opportunities to increase his wealth.  He could have easily justified the taxes as a way to support the United States for everything this country has given him. His company, American Nile, was also first located at 60 Wall Street.  It then moved to 580 Fifth Avenue and then occupied the twenty-ninth floor of the Empire State Building for several more years.

Overcoming adversity and obstacles whether big or small in life is an important formula for success.  This family continued to have ups and downs and some of these downs were unrelated to the family business.  Throughout our character’s childhood and into his late teen years he had been battling a stuttering problem.  The family had no luck fixing this problem in the Middle East or in Europe.  It was so bad and such a quandary that he spent a significant time at the National Hospital for Speech Disorders. This building, which dates back to 1899 was originally on 61 Irving Place on the southwest corner of 17th Street in Manhattan. Doctor’s even tried putting pebbles in his mouth, along with trying to teach him to speak slowly.  In the end it took nine months of aversion therapy to help eliminate his stutter but it wasn’t a piece of cake.  He had to go for six days a week and was surrounded by other stutterers for eight hours a day. The worst was realizing that you yourself must also sound and act like this. Years later his wife declared that of all the things he accomplished in his life, overcoming his speech impediment was his greatest victory. It also made him empathic for people with far worse disabilities and gave him a deeper moral sense. 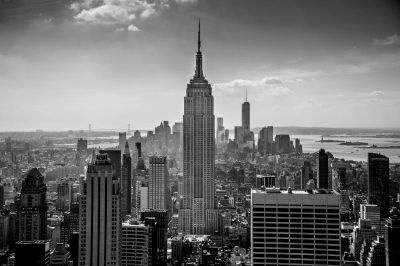 In life it’s easy to ignore other people’s problems or handicaps but it shouldn’t be. I am not saying to go focus solely on helping everyone less fortunate than you. What I am saying is the next time you want to put someone down just think, think about what it would be like to be in that person’s shoes.  The next episode Flying Solo.