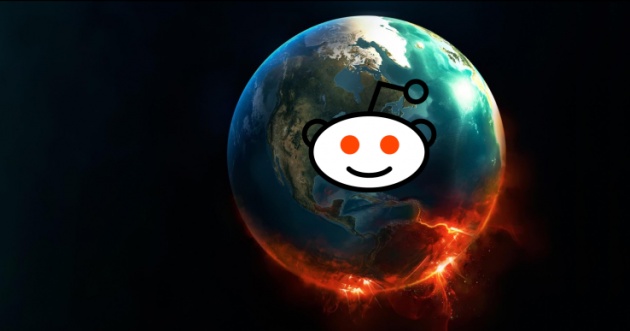 Any press is good press, apparently, as Reddit hit a new 8 billion page view record in July admist community upheaval over new policies and leadership. Reddit grew from 175 million unique visitors in May to 177 million in June. But as hot takes flew in a media frenzy around volunteers blacking out Subreddits and CEO Ellen Pao’s departure, Reddit’s growth spiked in July bringing it to 195 million monthly visitors.

That’s an 8.9X increase in its month over month growth rate. And it it puts Reddit at nearly a 100 billion-page view yearly run-rate.

There were fears that loyal Redditors might ditch the site after one of the community’s favorite employees Victoria Taylor was fired, and co-founder Steve Huffman announced stricter content moderation policies after returning to replace former CEO Ellen Pao. So far, Reddit hasn’t seen such an exodus.

However, it’s possible that people curious about all the Reddit hubbub might be temporarily padding its numbers, masking the departure of more hardcore users. We’ll have to see how Reddit’s numbers fare in August now that the scandal has died down and the new policies have been announced.

It’s rabid Redditors who browse the site all day that make its advertising model work. Trading those for casual looky-loos who won’t come back could cause trouble for the startup. Reddit will also have to deal with lost revenue from its new policy not to earn money off content that “violates a common sense of decency.”

But if it takes breaking a few bigoted eggs to make a morally just omlet, the company and world might be better for it.

Are you one of the Bitcoin Users Community? Instead of trading and investing, if you are searching f…