Crewing for others blog: 'SCARLET'.

So as part of my degree, I have to do 80 hours crewing for the level 6’s on their graduation films. This is important to them, as well as us, because each and every one of them are busy with their own productions, and every extra pair of hands helps. For me, I was involved in the production of ‘SCARLET’, the new film from Rebecca Hilton, a 1940’s film noir production.

My role was part of the set construction and design, and hair stylist. I felt very confident about being hair stylist on this film, and set design was something I wanted to get into, and I felt very lucky that I was allowed to develop my skills on both of these. The first stage for me was showing Becky examples of hair styles which I can do, I spent a lot of time doing hair styles on myself, which I sent over to her, but I also needed to practise other styles on people. For a start, I did 1940’s pin curls on my good friend Gemma, which took around 40 minutes to do, ten minutes to cool, and ten minutes to style, I felt confident about this, and also managed to do a faux roll on the front of her hair, giving it a classic pin-up style. The next practise style I did was 1940’s loose fingerwaves and tighter pin curls on my sister. For this, I used a different set of tongs, and this took a quicker time, around 40 minutes all together, my downfall was that I used a tighter curl, which just made the curls look frizzy. The next idea I did was side fingerwaves and looser barrel curls, like I did on Gemma, and this worked perfect, and fitted in with what Becky wanted to achieve, and this also took an hour to do.

I was unable to do this without researching hairstyles, and so I had to do a mood board of different hairstyles, and research how they were done. I looked on YouTube to start off with, as reading instructions is a lot different then seeing the techniques used to achieve a certain look. I trailed through many users' hair tutorials, and most  of them were quite modern hairstyles. If i didn't research the 1940's and 1950's hairstyles, I wouldn't have been able to distinguish this. When I found hair tutorials that matched what Becky was looking for, I favourited the videos and noted the users. Then I came across a user on youtube called 'The Cherry Dollface' who is very popular with her vintage hair tutorials from the 1920's all the way to the 1960's. In her tutorials, I found out the names of different techniques, and why they work better than the modern ways of doing hairstyles. Because her hair tutorials were so good, I felt very confident in practising them on myself, my sister and my friend, to show Becky. Becky seemed really pleased with the outcome of the.Hairstyles I did.

The crew meetings then took place with Becky, talking about hair Ideas, and set design. She spoke through the ideas she had, wallpapers, props, and any vintage things she needed our help with, which was mainly a rug or carpet for the set . I took from these meetings points to do with creating mood boards for her production file, and how we all envisioned the set for her film to look like. When these were done, It was time for set construction, I spent one day with the crew, gathering props for SCARLET, from the Betty Smithers collection, and cleaning them, to make them look perfect for the set. I also had to help with hammering chipboards to the frame, helping people sawing wood, carrying things around, and making sure the shoot studio was cleaned and ready for the next day of set construction.

Then came the shoot period, 2 full days shoot on SCARLET as a hair stylist. This was great, as the actresses hair was a lot thicker than I had experienced, and so it became a challenge to do the hair on time, before the start time for the shoot. I managed to tackle this well, there were 2 hair style changes per day, and with practise and knowledge of how big sections to curl, and what temperature to have my tongs on, I was able to give Becky’s actress the hair style Becky Wanted. I thoroughly enjoyed being part of this film, due to a great crew and cast, and a love of vintage things. Overall Becky was pleased with the outcome of four hair styles within the short timeframe I had to do it, and this in addition to the vintage set, really helped to set the scene of the 1940's housewife and living. 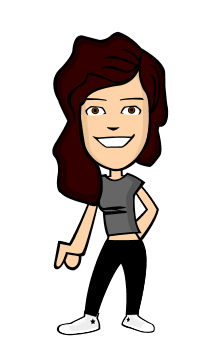