I worked on Amanda Fox’s shoot as gaffer (lighting technician) on her film PARTS, i was really excited to work on this shoot as lighting is what i want to go into and i like to work with amanda, she tried to make sure everything would run smoothly on the day with a test shoot i went to a week before to make sure i knew exactly what i could do with the lighting on the day. 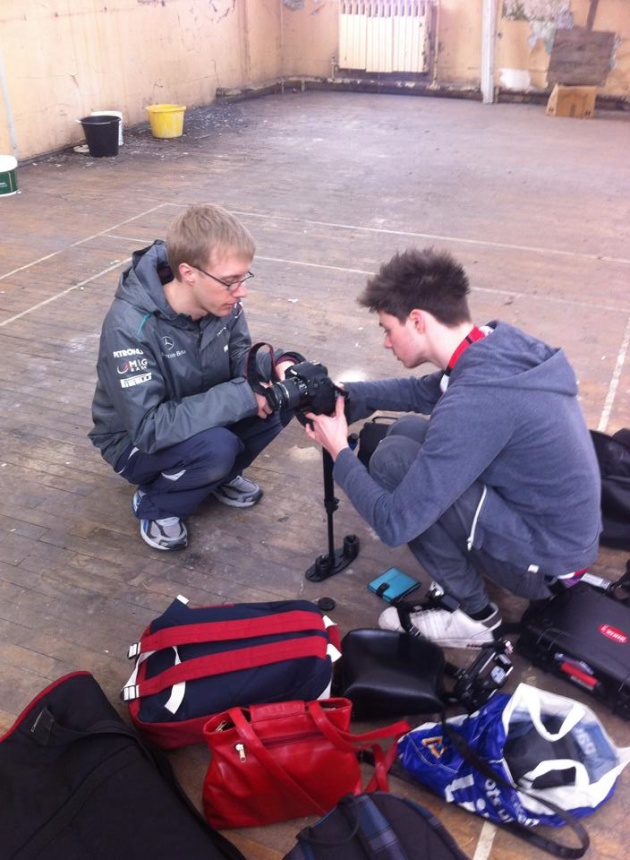 Throughout the day i became a bit of a runner when there was no lighting to do, as the room was so big and the windows were so large that they let a tonne of natural light into the room, leaving not much creativity for me to put into lighting, that was a shame as this was a project i really wanted to light creatively having the location been more controllable in terms of lighting. We had some problems with setting up a curved track that would move around the actors as they were in their positions as no one had used it before, and it was hard to get it into a perfect semi circle, this led to changing some of the actions slightly but nothing major.

When i actually came to lighting some of the shots to give some more definition to their faces, we encountered a problem, because there were no lighting kits brought on the test shoot something happened that i could not foresee. The walls of the room weren’t just brick and frayed concrete as they seemed to be, the walls were covered in this strange plastic substance which of course just reflected any light that was shone at it, this was extremely annoying and frustrating as there really was little i could do about it. I had to work around it and i had to do this by manually moving the lights as the camera moved to try and stop the reflection, but the problem with this was that the lighting would have course change mid-shot. In the end i just had to position the lights as far away as possible to create as little reflection as possible, in some positions though it was literally impossible and we had to make do with the natural light.

Overall i enjoyed this shoot but it was frustrating about the walls and i wish amanda would have booked lights for me to test that on the test shoot so i could have known before hand to try and either fix it, or just let amanda know that lighting just isn’