Hello, friends! I am here with an amazing blog. It is a great way of earning money. I am happy that I am a member of bit landers.

Friends! Today the topic of my blog is about Cricket Match Tournament

The first match start between Khiwal vs Sarkaal. Both the team were equally strong. The crowd of people was very to watch this tournament. Both of team captain was on the ground. There was a toss between Khiwal and Sarkaal. The team Sarkaal won the toss and elected to ball first. The captain of Sarkaal said that we can chase target easily so we elected to bowl first and otherwise the captain of Khiwal team said that if we won the toss we also choose to bowl first. But we see that what we do.

The first match start. The opener of both teams was on the pitch. There are twenty over in one match. The start of Sarkaal team is strong it seemed that Sarkaal team won this match. But we can't decide the match winner at the end of the match. The first wicket of a sarkaal team is down by 94 runs. Muhammad Ali makes 42 runs in 21 balls. He hit four sixes and three fours in this match. The batsman of a sarkaal team was dismissed by Sami the most dangerous bowler of Khiwal team. Every team paly three matches and won two matches in every case. The team of Sarkaal gave 138 targets to the Khiwal team. Muhammad Sami make fifty. The Sarkaal team gave 166 runs target and lose 3 wickets. After 30 minute breaks, the match starts. The opener of Khiwal team was on the pitch. The match start and the Khiwal team won the first match of this tournament. He chases this target on 16.3 overs and loses no wicket. Abdullah makes 85 runs and Taiyyab makes 81 runs.

The second match between Kanpur and check bar Shah. Chak barqar Shah has won the toss and elected to bowl first. I am in the team of Khanpur. And I am a leg spinner and wicket keeper. The opener of my team is sohail and Junaid. They start of my team was not good because of the open of my team were playing very slow.  They make 33 runs on 8.3 over. Sohail is the big hitter of my team but he plays very slowly and my lose the first wicket on 40 runs Junaid make 21 runs on 33 balls. After losing the first wicket my team captain comes to bat. After 10 over the score of my team 45, it seems that they are playing one day cricket not t20 cricket. After 10 over the captain of my team hit hard he plays very strong and makes 121 runs in 67 balls. He hits six sixes and 9 fours. My team gave 202 targets to chak baqar Shah team. My team loses one wicket. And Junaid makes 80 runs he hits four sixes and 8 four. They play very well. But the bat's man of chak baqar Shah is too strong. After 30 minute breaks, we start the match. The opener of chak baqar shah was on the pitch. The start of chak baqar shah team is too strong. After 10 over the score of ckak baqar shah team score 103 and lose no wicket. Ameer Hamza makes 58 runs included six sixes and 4 fours and the salad make 45 runs and hit 3 sixes and five fours. But after 10 over our bowler bowl hard and chak baqar shah lose 6 wickets for 188 runs. But first, match we lose. And the chak baqar shah team are very happy.

The third match start and our team lose the toss and opponent team won the toss and elected to bowl first. My team says to before batting that guys we work hard to turn this match our way and the captain said to me and my friend that you are two openers of my team go and play well. After this me and my friend, sohail get on the pitch. And this time the start of my team is very strong. In five over’s we make 57 runs and lose no wickets. We gave 218 targets to Khiwal team without losing any wickets. I made 105 runs included 8 sixes and 12 four and my friend shall make 113 runs it was the huge target of this tournament. After 30 minute breaks, the match starts. it was the huge target for the Khiwal team. The opener of khiwal was so dangerous and strong hitter but our bowler works hard and all were out on 210 runs and we won the match only one of them make fifty. The first semi-final is between my team Kanpur vs. sarkaal. We won the toss and elected to bat first. And we gave 188 runs target to the opponent team losing 4 wickets and Junaid makes 73 runs. After 1 hour break, the match again starts we be ready to win this and get into the final.  The opponent team is strong then our team but our bowler bowl very good and all team was out on 101 runs. Wahab in my is the most dangerous bowler and he gets 5 wickets in this semi-final match. We are very happy and the second semi-final starts after 30 minutes of our match. Second semi-final starts after 2 hours and the 30 the match ended in a draw. The super over of this will tell that who will get into the final after 20 minutes the super over the start and first check baqar shah team play and gave 17 runs target and khiwal team can’t chase the target and chak baqar shah gets into the final match.

Our team captain says that the team of chak baqar Shah is stronger than our team if we play hard and surely we will get this trophy. We take exercise and take practice very well. And we’ll be ready to play final match. Tomorrow is the day that we play final match.

The day of the Final Match

And my team and opponent team were on the ground. Our captain won the toss and elected to bowl first. The opponent team sends his opener on the pitch and our main bowler Wahab is ready to ball. The bowler of my team bowled the opponent team opened the second match. But the third man was too strong and he hit 8 sixes and 12 four in this match he makes 109 runs in just 58 balls it was the fastest century in this tournament. And he gave 210 runs target just losing two wickets and one of them make fifty.

After one hour the match starts our team opener was on the pitch.  And the first wicket we lose on 2 runs Sohail out on just 2 runs. And my captain sends me next to bat.  We have no chance left. We are in the pressure and we can’t understand what we do. We have 4 over left and need 67 runs. We play hard and we left  19 runs in one over. I am the striker and on the first ball I made six on the first now we have 13 runs left on 5 balls then I made a single now we have needed 12 runs left and my friend hits hard and takes one boundary and the next ball he beat and then he made a single to me. Now we need 7 runs on two balls and the 5th ball I missed. It was the most shocking moment. We need 7 runs in one ball. That can’t be possible. but I hit boundaries we will be very sad. We are weeping than the umpire told us this is a no ball. She woke a hope. And ball throws the ball I hit full force and make a six. We have won the match it was the most beautiful moment in my life. My team is very happy. And finally, we won the final of this tournament. And the chairman of this tournament gave a trophy to us. We are very very happy and now we are the champions. The take many selfies and went to a hotel and eat chicken with Pepsi. After this, we went to park. We enjoyed very much because it was the happiest moment in my life. After this, we went to a home.

So friends! I hope you have liked my blog. Stay turned to the next post 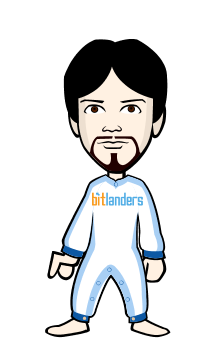