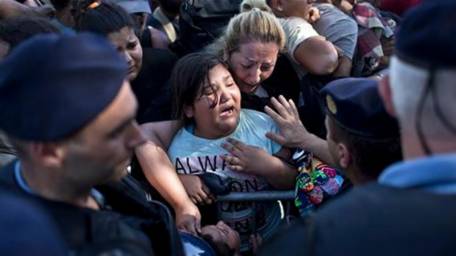 TOVARNIK – Croatia threatened to close its border with Serbia as migrants fled from overwhelmed police, trekked through fields and tried to steal into Slovenia by train in a desperate march westwards that is sowing discord and recrimination in Europe.
The European Union's newest member said some 8,000 migrants had trudged across its border from Serbia in one day, driven from trying to enter through Hungary by a metal fence, tear gas and water cannon. Amid desperate scenes at a railway station on Croatia's eastern frontier, where thousands were left stranded overnight under open skies, the European Union called an emergency summit next week to try to overcome disarray in the 28-nation bloc.
Croatia said it may have to use the army to stop thousands of migrants criss-crossing the Western Balkans in their quest for sanctuary in the wealthy 28-nation bloc.It shuttled some to reception centres near Zagreb, but many simply slipped the net of overwhelmed authorities and set off for the Slovenian border, just 30 kilometres (19 miles) from the Croatian capital.
There, Slovenian police halted a train carrying some 150 migrants at Dobova train station on Slovenia's side of the border and said they would be sent back.A Reuters TV crew said some tried to leave the train but were stopped by police. Some refused water in protest. Slovenia later stopped all train traffic on the main line from Croatia through the border point and police stepped up checks in the area with helicopter and land patrols.
“We will return them (the migrants) to Croatia in the shortest time possible,” Anton Stubljar, a local police official, told reporters. 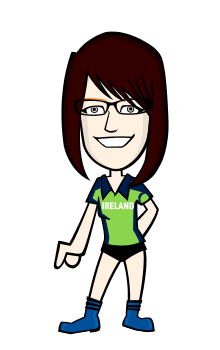 The Jewels That Mountains Wear Image source:google.com How much ice did you ever see in one place?…

A doctor had just bought a villa on the French Riviera, when met an old lawyer friend whom he hadn't…

First make and roll out your dough. I always put my cutout dough on a cookie sheet in the freezer fo…

what do you think of the picture above? of course we feel sad and disappointed when it happens in ou…