I thought Cebu is free from huge aquatic reptiles but I was definitely wrong since I had been living in the city area only, I didn't know that there are places in the province which gives the local Cebuanos a glimpse of these deadly reptiles and I am referring to the crocodiles. I don't know but whenever I hear the word crocodile, corrupt officials pop into my mind. 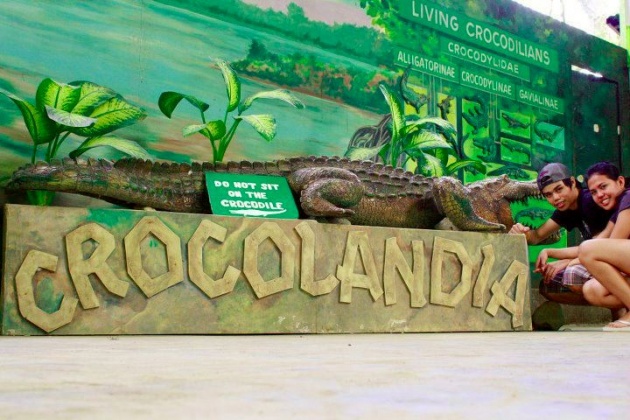 In the southern area of Cebu specifically in Biasong, Talisay which is a 45-minute or less ride away from the city, there's a mini zoo called Crocolandia and from the name itself, obviously it features Crocodiles. Those huge mouthed reptiles which lives both in water and land, this is by far the reason why I am afraid of them, they can live in both places so wherever they are, they can actually survive!

Entrance fee was at Php80 which I thought was kind of expensive but that's alright, we didn't just see crocodiles, they also have a lot more animals which never came into my expectation so we were actually surprised seeing other animals. Well for children age 12 and below, they can only pay Php40 and if you go in groups, 25 people and above like those who are going on a field trip, there's a 20% discount! 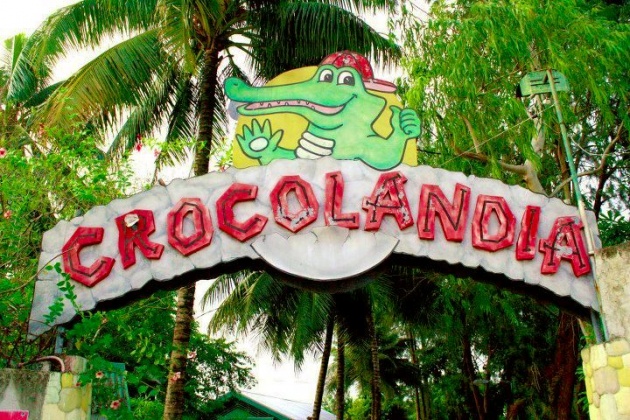 A friendly crocodile welcomed us with the name Crocolandia underneath it. On our left was a mini playground with some children and adults playing or shall I say killing time. Food is never an issue inside the zoo since there's a canteen as well next to the mini park, anyone who is staying for a day can bring their food or buy from the canteen itself.

The area is a huge one, it is definitely a good place for an Educational field trip because aside from the crocodiles, the zoo also shows other animals such as birds, wild pigs, snakes, other kinds of reptiles and other species. There's a Nature Center too which has been painted from its walls and ceilings with animal photos and there were even figures, illustrations which can explain the life cycle of certain animals. 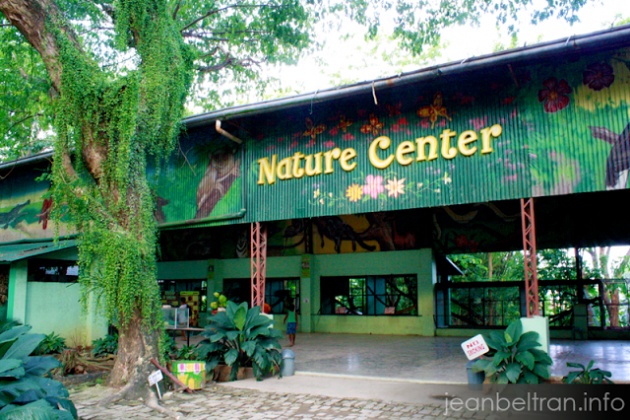 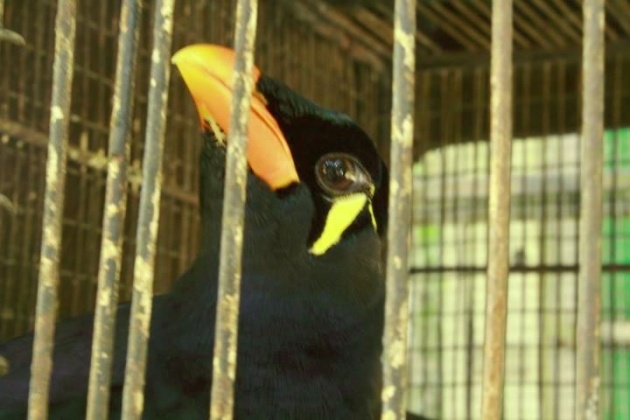 This bird right here is extra special, its name is Mark, an Asian Hill Myna with a scientific name of Gracula Religiosa or locally known as Tiyaw. Why special? Because Mark can talk! We had a great time talking to him and when no one is around, he would make a whistle to attract people. 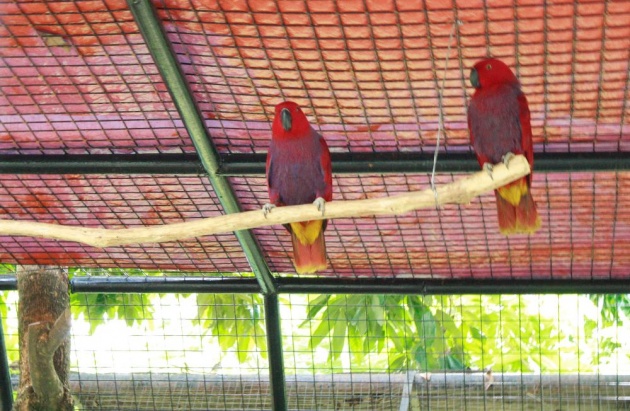 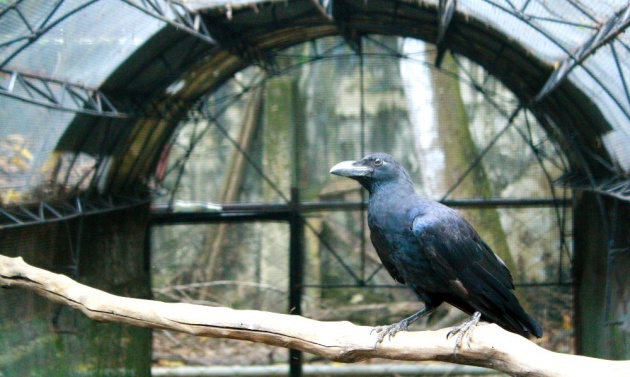 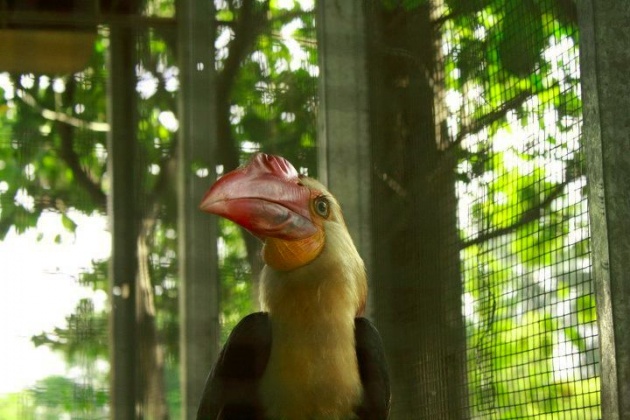 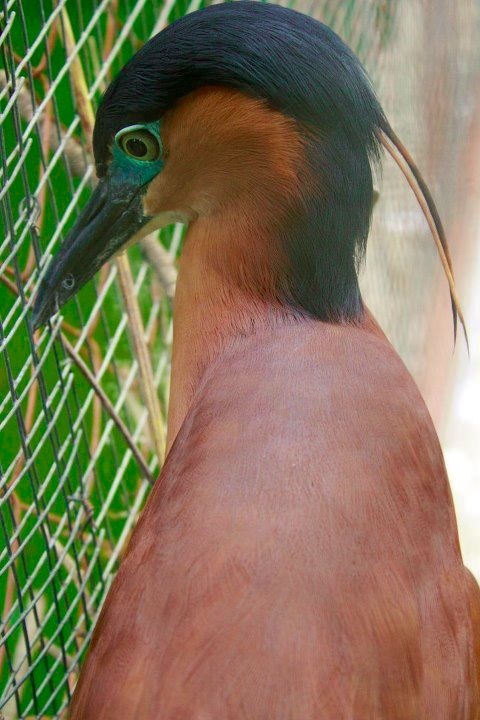 My favorite among the birds, this one here is pretty photogenic and loves the camera! She has been still all along and would even try to smile when we get the camera on her.

Reptiles, alligators and the rest of the animals around the zoo: 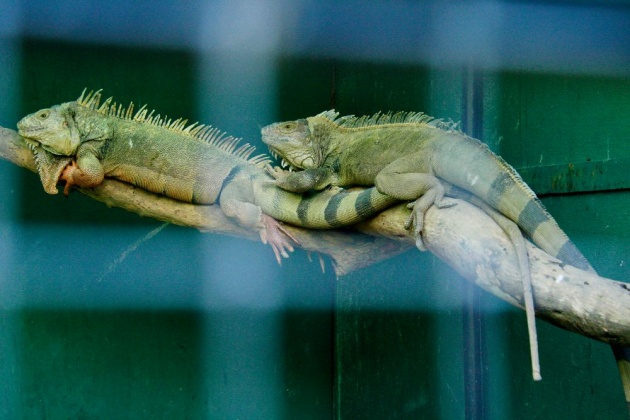 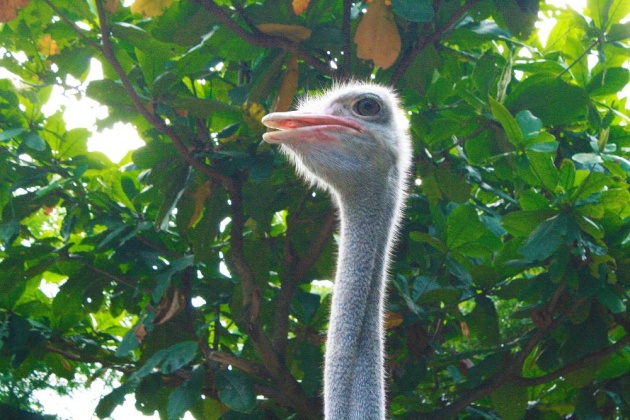 Yeah there's an ostrich as well which was really playful. When we try to take a photo of it, it would move its head around which had given us a hard time! It would even move its head near our faces too! Its long neck makes it easy to peek over the fence where it is staying, there were two of them but the other one was shy. 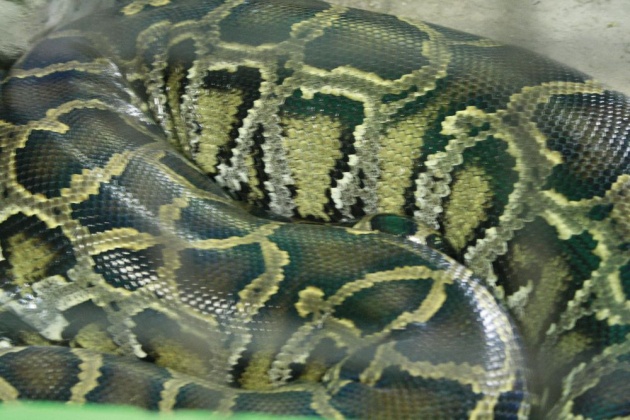 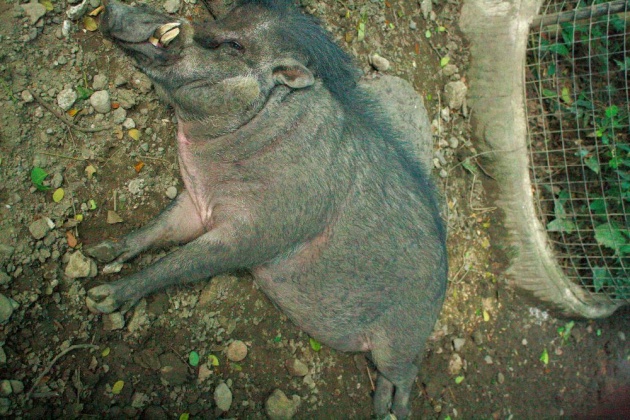 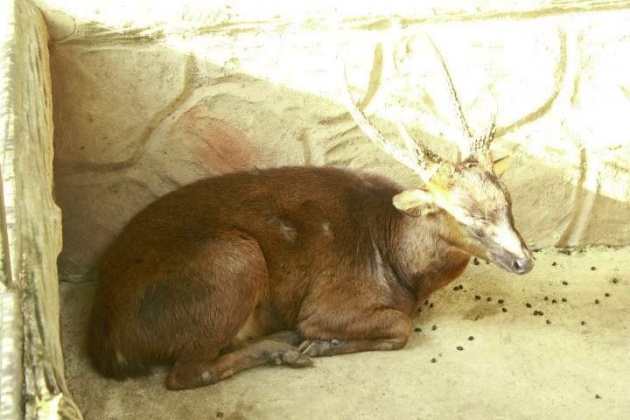 Well aside from checking out the animals, one can also go fishing! There's a lake full of Bangus or Milk Fish as well as Tilapia. One can rent a fishing gear and whatever he had taken from the lake, he can bring it home. Or else, one can go boat sailing in the lake! There's a shade in the lake shore so one can sit in the bench provided under the shade which fishing. It's fun although we didn't try it, we were happy watching some families where the boys would shout whenever their dad catches a tilapia. 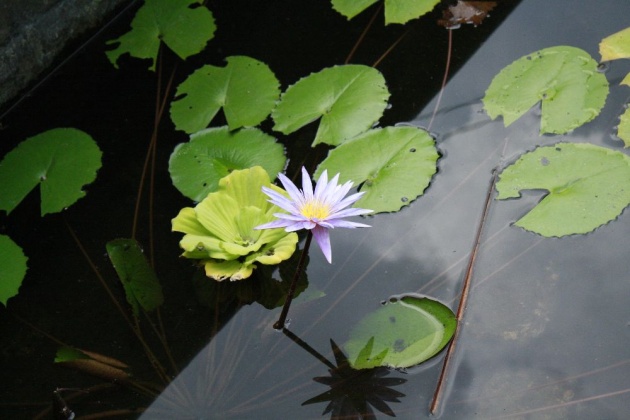 A lotus stood straight and beautiful among the flowers! There were also water lilies around but I found this one more interesting.

One more good thing about it is the section where bones of the dead animals were preserved and displayed for educational purposes. I saw some young crocodile bones, snake, alligator and even bones of a tarsier too! 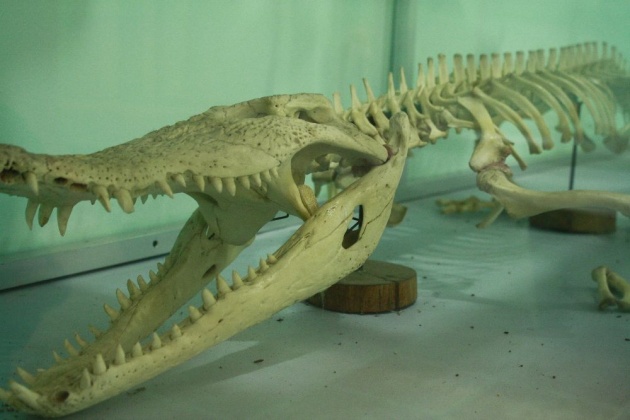 Bone remains of a young crocodile, the zoo has a lot of young crocodiles, they said some dies but they make sure to keep the bones, either donate it to museums for display or for educational studies as well. 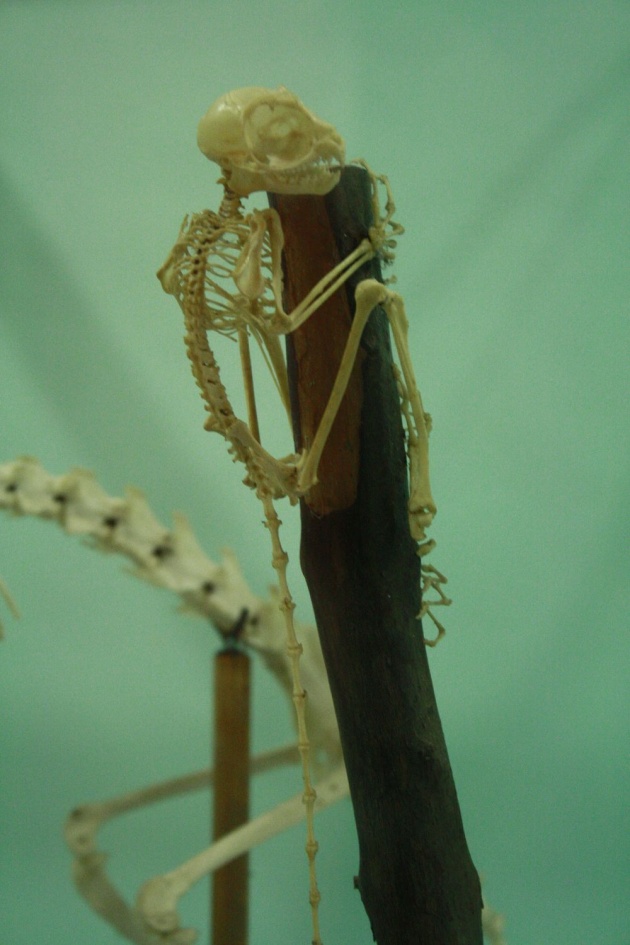 This is of a Tarsier, the smallest primate is now extinct and the people from the zoo were really sad about this only tarsier they had which died because of stress, they somehow managed to keep the bones. 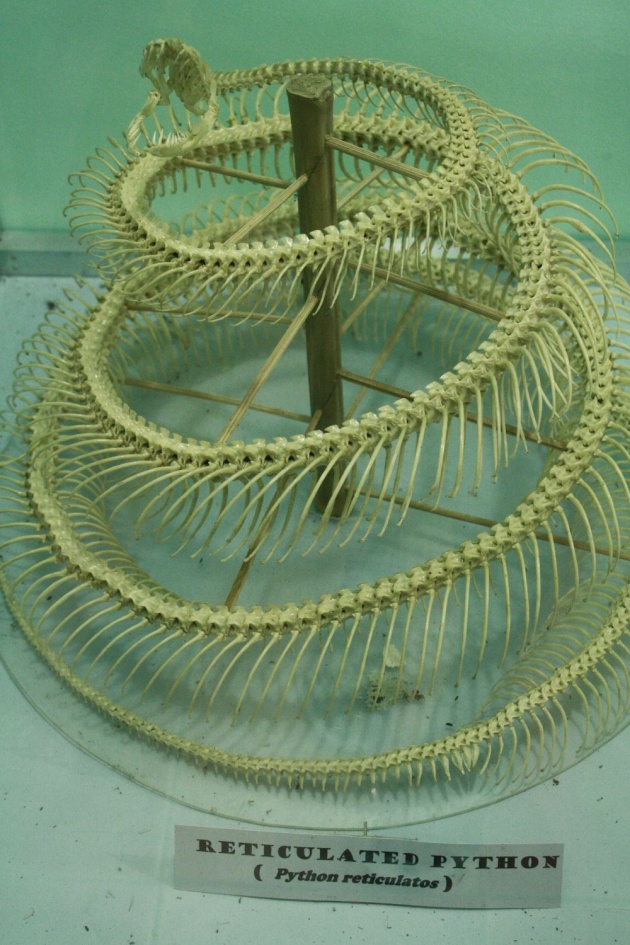 This is my favorite type of bone. It is from a Reticulated Phyton with the scientific name Phyton reticulatos. It's bones are really amazing! Just look at how many ribs this snake has! Before I came to this, I had the impression that snakes don't have bones. 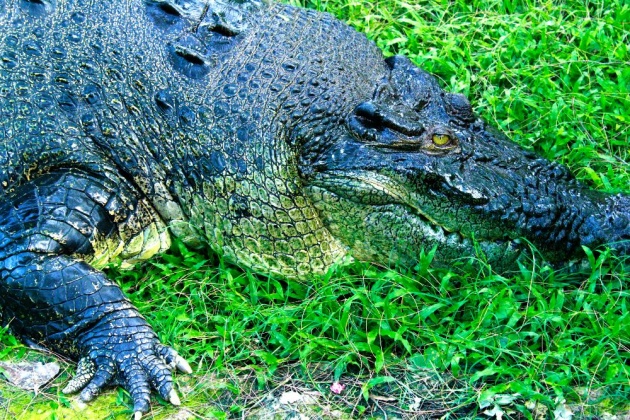 But from the name itself of the mini zoo, their main attraction is their oldest and biggest crocodile which weighs more than 1000 kilograms, over 15 feet long and has been living for 50 years now, they call it Lapulapu.

We were lucky to witness him eat his meal that day, two white chickens! Watch it below: 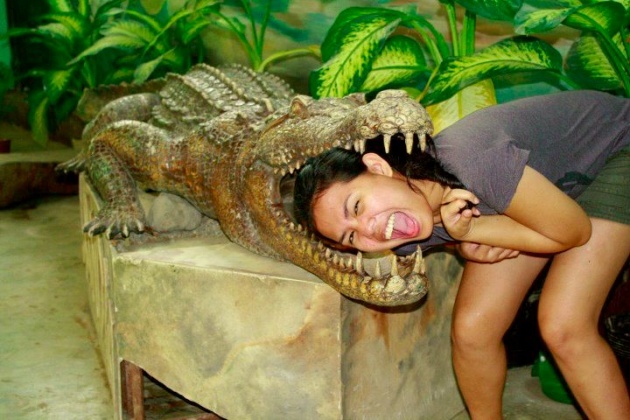 I can't help myself but had fun when I saw this crocodile statue, a real crocodile which was transformed into a stone like figure. It doesn't smell stinky though.

Check some of the places I had visited in Cebu: