In a paper titled Money is no object: Understanding the evolving cryptocurrency market, just published by PricewaterhouseCoopers, the multinational professional services network examined and explained its position on cryptocurrencies.

Its verdict: The inherent value of cryptocurrency has “gained acceptance from a critical mass of investors, technologists, regulators, merchants, entrepreneurs and consumers … In fact, in our view, cryptocurrency represents the beginning of a new phase of technology-driven markets that have the potential to disrupt conventional market strategies, longstanding business practices, and established regulatory perspectives – all to the benefit of consumers and broader macroeconomic efficiency.”

Structured in part as a primer for investors and business professionals with a limited understanding of cryptocurrencies, the document opens with a just-the-facts overview of Bitcoin in terms that a newcomer to the space would best understand, explaining the blockchain’s open-ledger characteristics, describing the attributes of cryptocurrencies, defining key terms, and introducing the potential of 2.0 applications. It also touches on the current public perceptions of Bitcoin, briefly recounting its history in the headlines, explaining the nature of its volatility, and giving a snapshot of its place in the public’s consciousness today.

The report also focuses on the role of mainstream adoption of cryptocurrencies, examining the factors that will affect its growth, and the disruptive mass effect it could have in the future. What is OneCoin? The Cryptocurrency company explained by founder and owner Dr Ruja Ignatova

“Investors speculating in the future possibilities of this new technology have driven most of the current market capitalization, and this is likely to remain the case until a certain measure of price stability and market acceptance is achieved.”

It goes on to map out the potential impact of cryptocurrencies, both in terms of disruption and opportunity, on the tech, investment and financial sectors.

PwC acknowledges the diminishing role of the financial middleman due to disintermediation in the banking sector, stating that “what sets cryptocurrency apart from other recent payment innovations is its potential to dramatically limit the role of traditional financial institutions in clearing and settling payments.”

The report also touches on the role that regulatory clarity will play in allowing digital currencies to grow, asserting that “cryptocurrency will not reach its true market potential unless and until it develops in harmony with applicable regulations.” It recognizes that achieving this harmony is a tall order since “government attitudes toward cryptocurrency are inconsistent…evolving at different paces in different regions.”

The report concludes with an optimistic wait-and-see attitude toward bitcoin and cryptocurrencies in general – “… the next iteration of cryptocurrency … may reshape much of what we previously thought was possible on the Internet” – but reserves its highest praise for the blockchain itself. 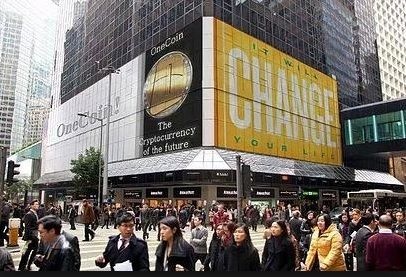