Darius Rucker: From Hootie to Hootenany

Darius Rucker was a recent visitor here #InTheLab. After listening to his conversation with Arthur Kade, one would wonder just what his thought process was in deciding to walk away from Grammy Awards, platinum records and sold out stadiums and roll the dice on following his heart into the world of country music. As one of the founding members of the wildly popular roots-rock group Hootie and the Blowfish who dominated the airwaves in the 1990's, Rucker put Hootie on the back burner in 2008 to record and play country.

It is not unprecedented for musicians to evolve and experiment with different genres, but it can be a risky enterprise. For many talented performers and bands who struggle and never achieve anywhere near the kind of success Hootie and the Blowfish enjoyed, it might even seem like insanity. Finding a formula to reach and stay on top in the music industry is catching lightning in a bottle. How many bands have broken out with hit songs only to become a footnote after their initial success. Even iconic bands who's careers have spanned decades find it difficult to release new music that is a lock to catch on in the fast burn world of You Tube and iTunes. That is why initially you look at Rucker's gamble and shake your head but you have to admire the man for taking the leap of faith that his new music will be relevant. There are many examples of musicians who have successfully broken down the wall between the genre that made them famous and followed a progression that leads them into a new sound that is embraced by the fans.

At this juncture, Darius Rucker looks to be on solid footing on the country charts. Three singles from his first album, Learn to Live all reached number 1 on the Hot Country Songs chart.  He recently released his 3rd solo album, "True Believers" which is poised to continue the success of the first two. He has also been embraced by the country music community which is very tight knit. There was initially some concern that as an African-American working in a genre that is overwhelmingly white that there might be some resistance. Even as a country fan growing up, Rucker would get teased for listening to "That white-boy music."

For more insight into Rucker's musical journey, join us for a quick few minutes here #InTheLab... 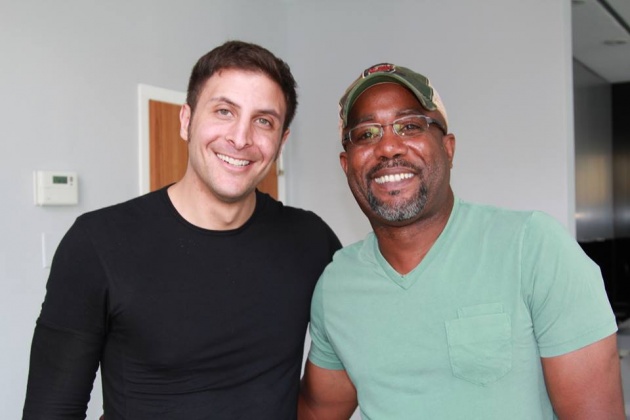 HISTORICAL PHOTOS FROM POINTS OF VIEW YOU’VE NEVER SEEN BEFORE

While a photo can be worth a thousand words, historical photos are worth so much more than that. A g…

Explore the ITALIAN RENAISSANCE through the eyes of your OWN ASSASSIN, complete dozens of missions a…