My current state is totally opposite to last night's. While I was cold, with hands barely able to type in any keys on my laptop, today, I am in a very comfortable couch with a movable laptop table facing a huge Sony Smart TV with unlimited Netflix, inside a minimalist home with smart features including Alexa!

How did my day go today? Well, let me share a few ups and downs but I bet I am going to sleep well tonight especially that I am in a very comfortable home, I'll talk about it later. For now, I will tell you what occurred from early morning down to our second night here in Davao City. 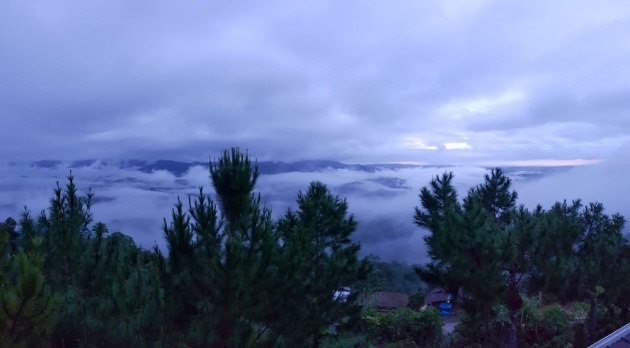 If you read my planned itinerary for Davao 2019 blog which was just reviewed earlier today, then you probably have an idea of what our activities are for today. But then again, it's just a proposed itinerary, things can change within the day and that is inevitable. One of the things that we can never control is the weather and so we have to adjust accordingly instead.

Sea of Clouds at Sonnenberg Resort

Our wake up call time for the second day was at 3:30 AM. I regret not bringing socks for this trip because boy, this Bukidnon-Davao road area is one cold place and I didn't expect it to be that cold, so I underestimated it and I regret it for sure.

But having rain while on the road is much harder. At 4:35 AM, James and I were on the road but there was an issue, the rain started pouring. It was not hard but it could get our gears wet. We had already attached our rain covers but it was still a concern. Our destination as to Sonnenberg Resort where the known sea of clouds area could be found. 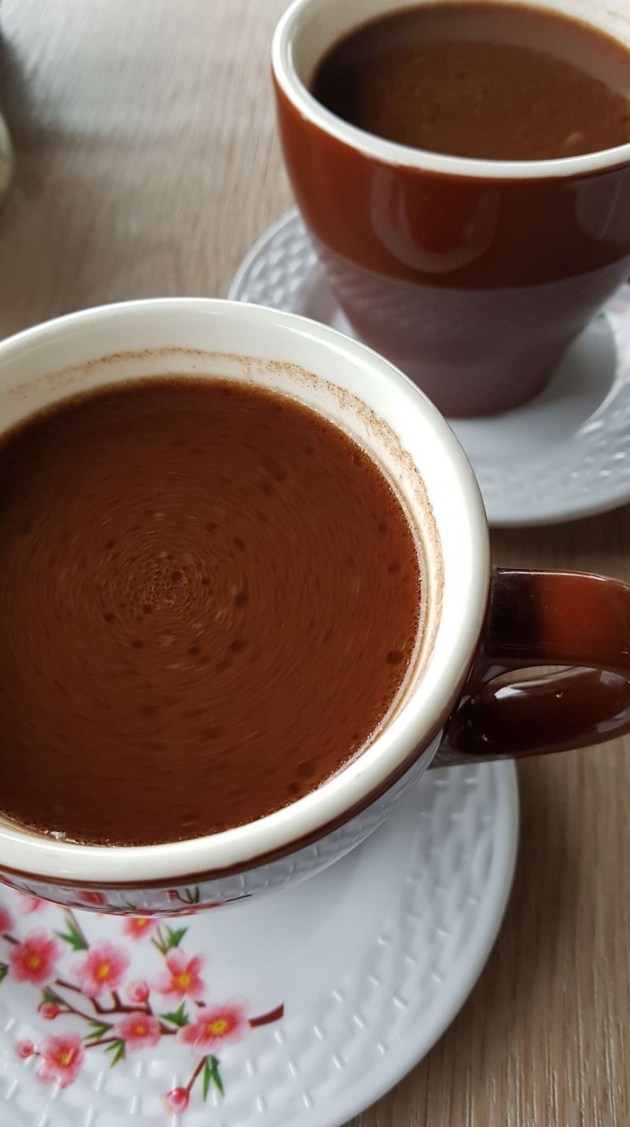 It took us a good twenty minutes to travel there. It was a long and dark road trip. Some areas in this district have no lights yet, road construction was also there and so that caused some road areas to be muddy because of the rain.

But we arrived safely, that's what was important. There were some who came before us but the number of heads was just right not to overcrowd the view. However, it was foggy and rainy, I was already concerned that we won't be able to get a nice sea of clouds view. And true enough, the reality proved it true. There were just fog and lots of them.

However, by 6:30 AM, the fog started to roll away and the mountains view showed up. I wished there was a Sun but there was none. So although a little disappointed, we have no other choice but to continue, enjoy the location and take photos that would look enticing and the clouds must be emphasized so we used a 100mm lens instead to zoom in to us and make the background bigger.

After three hours, we called it done. We went back to Highway 81 which was again 20 minutes away. 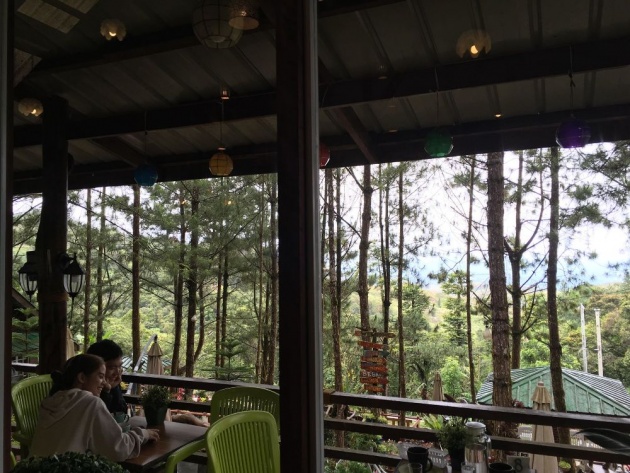 We planned to go to Bemwa but it was almost nine in the morning and we were both hungry, we had hot chocolate at Sonnenberg Resort but that was not enough. We instead went back to Highway 81 where we were staying and we were given free breakfast.

I opted for Bangus and James had his corned beef but we want to try their coffee so we bought that separately. Unfortunately, they ran out of their Suman which is actually a what they are well known of. That was a bummer!

Anyway, it was alright, food was okay, and how would I expect a free "silog" breakfast?

After breakfast, we went out and took a lot of photos and videos of the location. However, the weather outside made me very cold, almost freezing so I decided to get back inside our room an just keep myself warm. James, however, stayed out and took all the photos he wants. Even took some drone shots too from the outside. 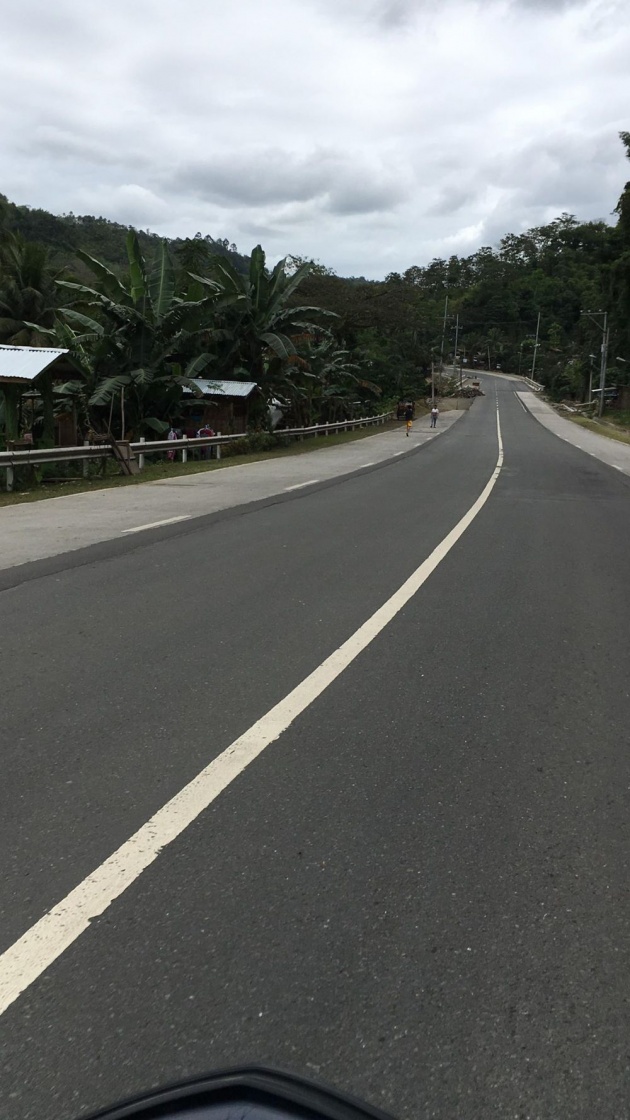 At eleven in the morning, we were back on the road back on the road going to the city. We stopped over at Philippine Eagle Monument and bought some souvenirs from the locals here. There were lots of native hand-made bracelets which I adored. I bought around 10 pieces for friends and families back home.

Of course, we can't go home without a refrigerator magnet. Then took photos of the Eagle and the locals too!

From Marilog District we came all the way to Malagos then Calinan where we booked a reservation for Huni Farm's lunch buffet. This is a farm which serves a majority of organic food options. 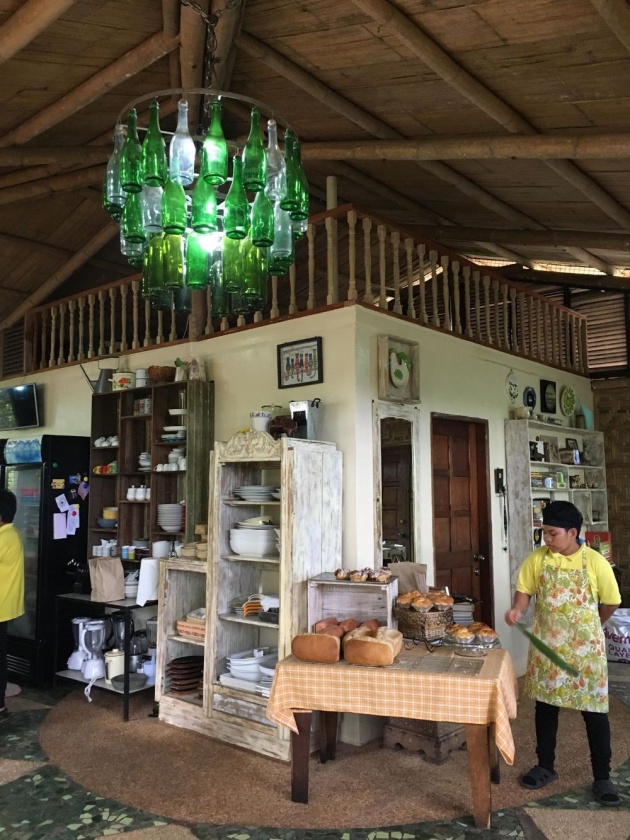 I had researched about this prior to our trip and I found we could pass by it before going back to the city. And so we arrived there thirty minutes past noon time. There was still food which was great, we had good food and a really nice ambiance of nature. My favorite would be their salad and the natural fruit juice such as the Guyabano juice. 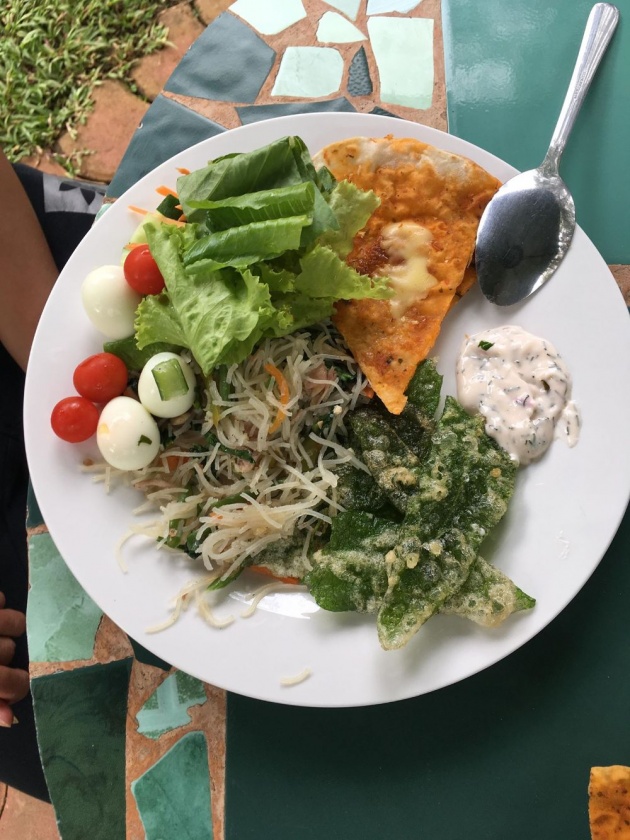 We took our time eating and took some portrait shots too with the flowers and trees around as our accessories and backgrounds. It would be a great profile photo for our social media accounts.

Check in at One Oasis Condominium

Perhaps the highlight of our second day in Davao was actually when we checked in at this condominium which was referred as a minimalist home with smart features in a unit along Ecoland Drive Davao City, just right beside SM Davao. 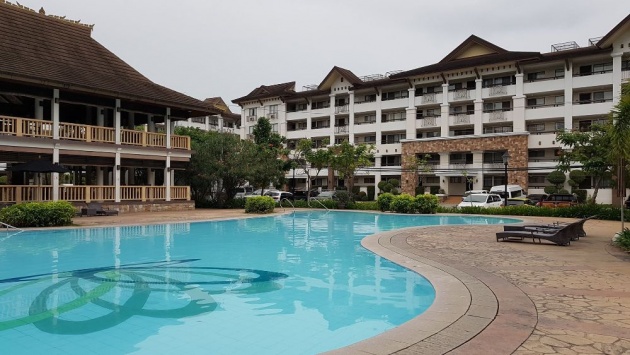 I booked this via Airbnb.com and was ultimately impressed by their reviews, all at five stars! I had to get there because it has smart features and its minimalist. Imagine my happiness when I found that our travel date was still available. Do remember that you can earn a few PHP credits when you use my referral link for your first ever Airbnb booking!

Prior to arriving, the owner who is an attorney in Davao City sent me a document with all the reminders, the parking space that we can use for our vehicle and our security code. It was a very high-tech experience not really meeting the owner in person but just keying in a code to get access to the front door. 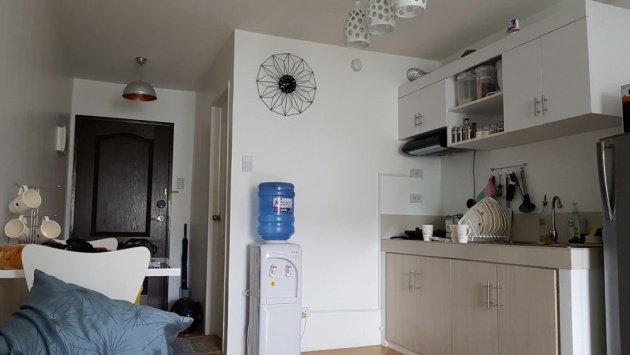 But we enjoyed our time with Alexa, an Amazon Echo product, commanding her to turn on and off the lights but later on realized it was making us really lazy. But it was a great tool and we loved it! It is also great noting that the space is really clean, minimalist with a lot of functional items inside and also outside amenities were all included in this booking. I will make a separate blog review about this space in the next few days. 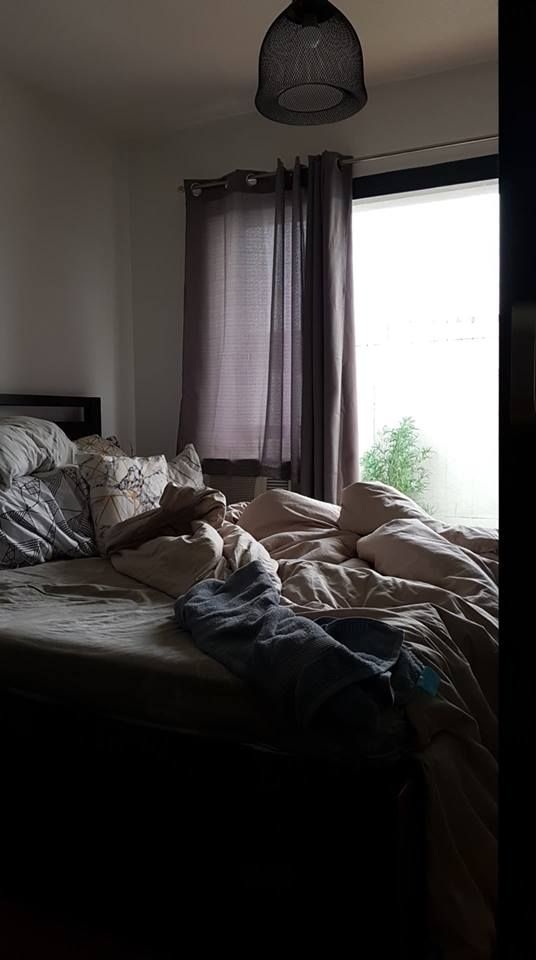 When it was time for dinner, we just went to SM Davao City which was just in the backyard of where we were staying. This is a cool spot to be in this city and I highly recommend this to those who want to stay in Davao and have a relaxed and peaceful place.

Our second day ended very well and we called it a day at ten in the evening after watching a few Netflix movies.