DAY OF CELEBRATION WITH PAKISTAN 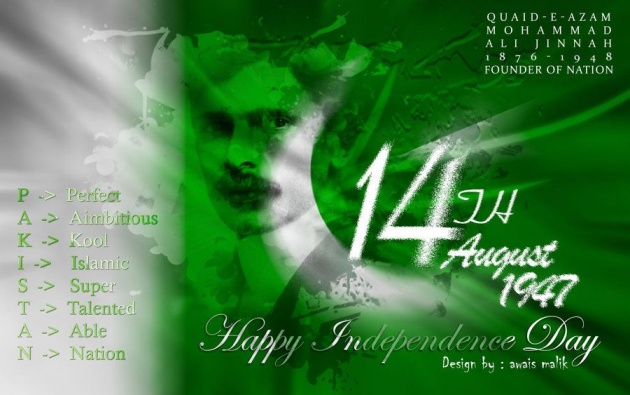 14th of August 1947 Pakistan became a separate entity for Muslims living in subcontinent. But before this day Muslims and Hindus both suffer a lot to get their rights. Formation of both countries isn’t that easy as it looks. Thousands of sacrifices chain helps in completing the formation of a separate entity for Muslims. However the sacrifices not forbidden by every coming generation this day is celebrated in remembrance of those persons who are not with us but make a independent living for us they sacrificed their life for peace of their children for their women for family and for ISLAM. “ISLAM is a religion of peace” written in our Holy Book those who disrupt the peace are not Muslims. And independence is a right for everyone so if it is not given someone would take it. Well history of Pakistan Independence Day can be read from anywhere on internet I am sharing my personal feelings about it. 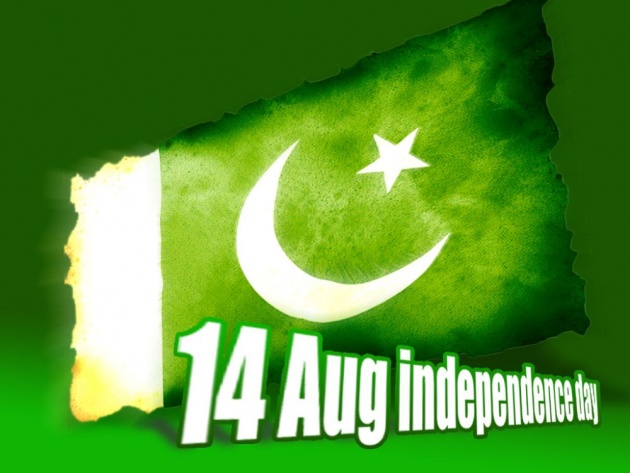 This day is not celebrated only for pleasure or happiness where as the day also brings the memories which are connected with grief, sorrow and pain suffered by our elders for us. Do

you know how equality created? I know we celebrate the day with both pleasure and grief which ultimately equals our emotions. This world sees our preparations and celebrations but doesn’t see the love and emotions behind the scene. However nothing is perfect there is always good and bad both and we are still very happy that it’s our Independence Day. 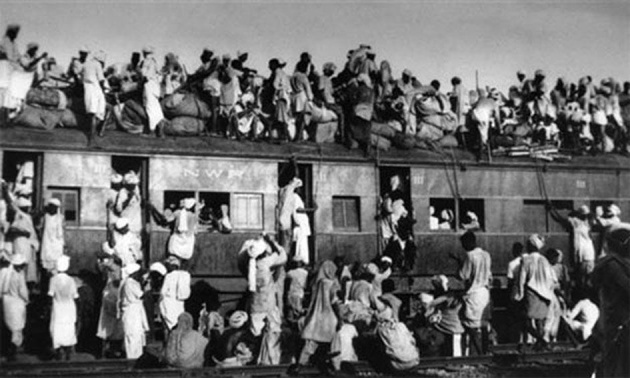 How we celebrate it:

Very interesting note that how we celebrate it? Blunders of ways, everyone chooses its own way of celebrations like

Some does Hitchhiking on the roads to show their love about Pakistan.

Some go to their families and celebrate the day together in love of their grand’s.

Many goes to Restaurant and enjoy food with their family, childrens.

Our Grand’s tell their grandsons and daughters that how they take independence from British rulers and children enjoys it as I did in my childhood when my grandfather told me the story. No one can imagine that particular scene of level for our country.

Many families enlighten their house with candles and chiragh to show respect to our martyrs in taking independence. 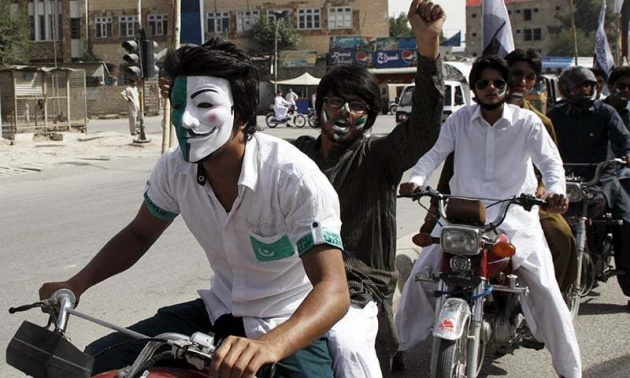 Many serials and one day movie shows about our independence are shown on TV.

Our government officials and army officers Pay tribute and gratitude in remembrance of our martyrs.

How do I celebrate it:

My celebrations not different from others as I am also living in the same country Pakistan I just put my internal efforts in helping poor up to that extent where I can. And I visit my Beautiful Pakistan’s historical place like Minar-e-Pakistan, Badshahi Mosque and more with my cousins and friends enjoy street food of Lahore city of Pakistan. I remember on last 14th August when I tattooed my right arm with green and white colors (Color of our Flag). Connect with the family members on phone where I can’t reach with physical appearance and watch T.V showing movies about our Independence Day and funny programs played for entertainment. Different kind of celebrities runs T.V shows in respect of the country. I just relax and enjoy all day with food and entertainment. 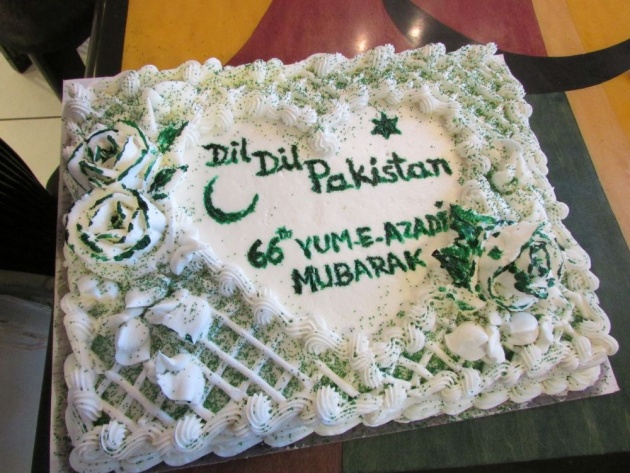 Allow to me tell about our National heroes and I guess I am allowed here on Bitlanders.

Well Quaid-e-Azam is a title given to Muhammad Ali Jinnah for honoring him as the father of the nation. He was a national hero and Quaid to us. He leaves his career in foreign countries and revert back to Hindustan for the motive to get a separate entity for Muslims living in subcontinent. He was so intelligent and professional about his work that makes him a great leader of time. He was lawyer by profession and very famous for his techniques in law. I remember the story I was told by my teacher in secondary school and story starts from British world when Muhammad Ali Jinnah was there for education and:

A teacher jealous by Jinnah and for insulting he asked Jinnah a question “ Mr.Jinnah if u find two things on road a bag of money and a paper of knowledge which one you will pick, Jinnah replied a bag of money Teacher smiled and replied I already know that you will pick money if I will there I am going to pick knowledge paper Jinnah smiled and replied everyone pick that thing in which he is weak :).

We are very unlucky that we cannot take benefits from Jinnah skills as Quaid-e-Azam Muhammad Ali Jinnah was died after a year of Independence Day in 1948. But we still miss and remember our hero in prayers and enjoy the gift given by him to us. 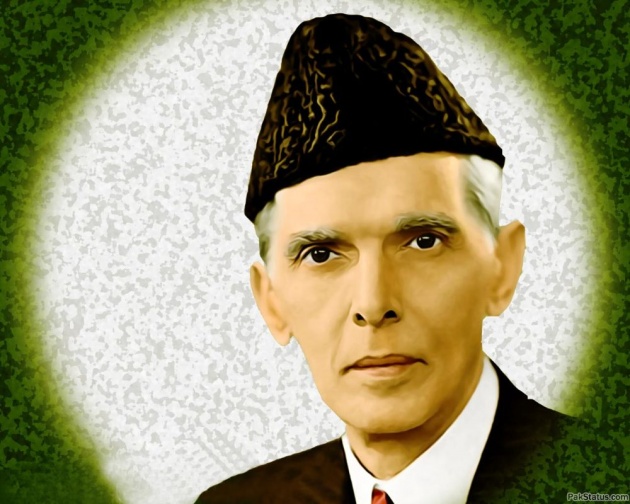 And also a unforgettable personality who writes national anthem of Pakistan Mr.Hafeez Jalendri. Stills pray it before starting any good work in favor of the country.

White line in the flag represent the minority class and rights of minority in Pakistan’s land. That there is peace and right reserved for every religion no one is forced in fact rights for every citizen is equal whether he is muslim or not.

Green area of flag represent the majority of Muslims in Pakistan.

Moon and star is the symbol used to represent progress and light in future. So this flag is not only a flag in fact a mark for others about Pakistan. In simple words

Pakistan’s flag is a mark for rights of minority and commitments of ISLAM towards peace and development. 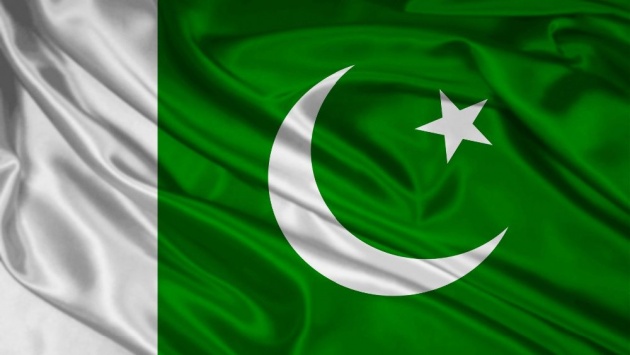 A paragraph for thanking Bitlanders. I joined Bitlanders about 2 and half month before so I was very happy when @LRY says that there will be Pakistani costumes in coming days for Pakistanis to celebrate their day. Thanks to Bitlanders for acknowledging about the special occasions of overseas and provide a way to express their feeling about their occasions. Bitlanders also give helpful hand to the users while purchasing their promoted item. Item itself contains +buzz as I purchased my Pakistani flag balloon it gives me +1 buzz for 5 days means free 1 buzz for 5 days great. BitFashionista is store where you can find fashion plus extra buzzes both in one deal I suggest you should go and take a look in th store. 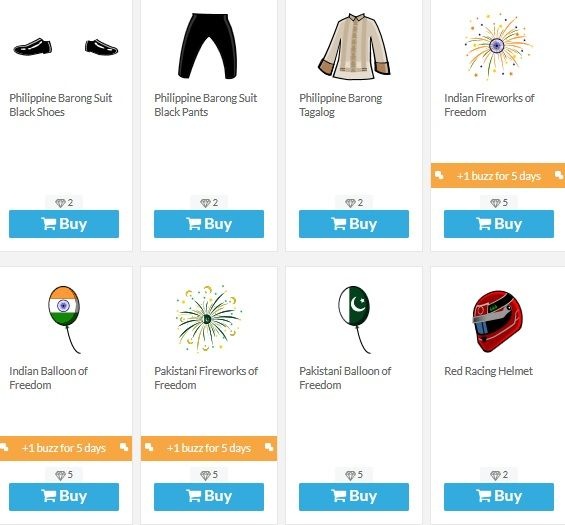 Bitlanders cropped by me

Guys greeting for independence for Pakistanis on 14th of August and also to my Indians friends and family advance happy independence day on 15th of August. India is incomplete without Pakistan and Pakistan is also incomplete without India where there is love there is fight the both countries love each other and celebrate their Independence Day back to back. I know there is one community which ignite hate between both countries but if anyone conduct a survey you will find that more people are in the favor of increasing friendship between Pakistan and India. 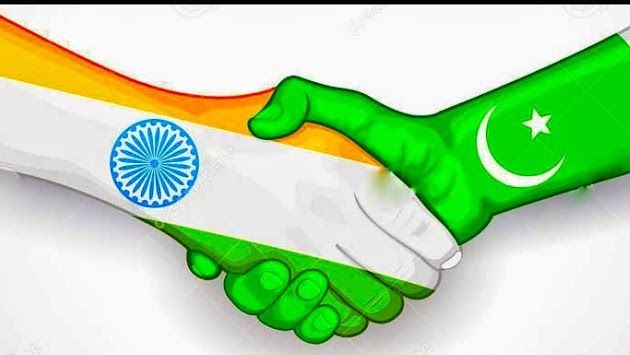 Love you all guys it's our independence please remember us in your words. Thanks and Bye Bye take good care of yourself.

According to an estimation, fifteen million people were displaced during the partition of the subcon…

Happy 4th of July! Get yourself a firework and additional Buzz Bonuses.

Photo credits: expatmedia.net This Monday marks a significant event in the history of my country, th…

Indonesian Independence Day: How We Celebrate It