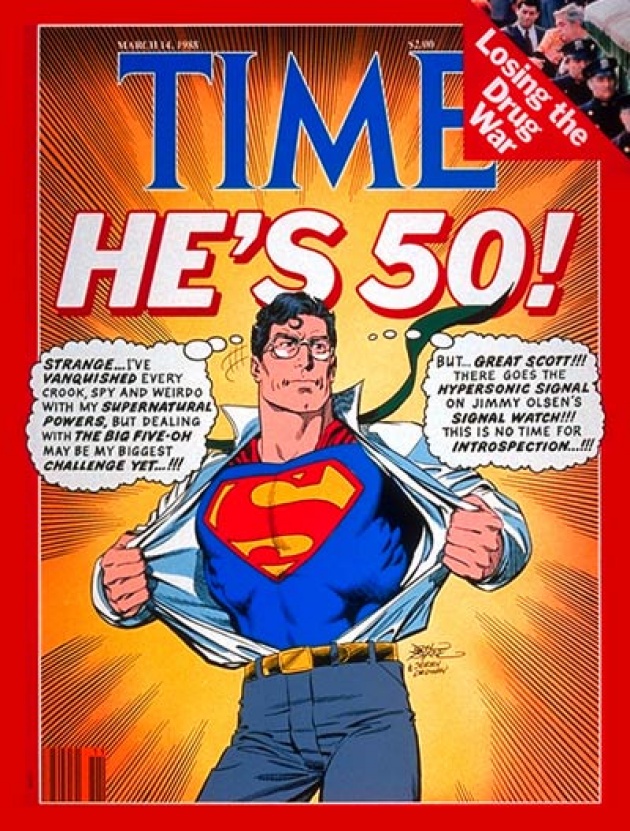 This week DC Comics rubbed fans the wrong way by hiring a well-known anti-gay writer named Orson Scott Card. Card doesn't express his opposition of same-sex marriage and homosexuality in his writing, but does verbally share his opinion as a board member of the National Organization of Marriage back in 2009.

Do you think DC Comics, or any company in general, would refuse to hire someone because of their views on marriage?

Legally, no. Equal opportunities in the workplace is practically tattooed to the palms of hundreds of companies in the U.S.

This is definitely not the first time someone with a unlikable choice of beliefs. I know of other notable, controversial instances of hired talent and such.

So, dear DC Comic and Superman fans, what does his personal views on marriage and homosexuality have to do with his new job as a writer for the Adventures of Superman comic book series?

I completely understand the alienation fans may feel when their views are opposed by the comic book itself. But do you think Card will push his personal views on everyone who will read the series?

Where do the fans draw the line between being acceptable and unacceptable when it comes to freedom of speech?

Do you think DC Comics should keep Card on as a writer, or should they fire him to appease fans' anger?