In honor of my Sundance, Slamdance, and Clermont Ferrand rejections, (and hell, let's throw in my Seahawks most recent loss to our bitter rivals, the 49ers), here is a post on dealing with rejection: 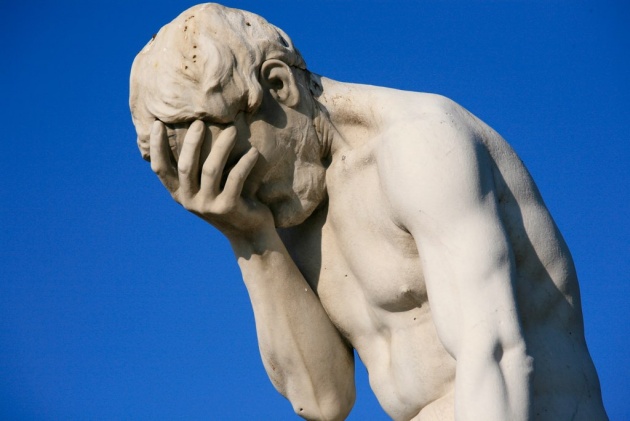 EDIT: This photo makes this post sound oh so very serious, yet it was the first thing that came up when I googled "Facepalm." Don't take everything so seriously

As a filmmaker, we've all seen these words headline a mass email that we happened to receive. Tactful, boring, or even seemingly rude, there's no getting around the fact that you've just been rejected. It's a crappy feeling, and though programmers do their best to remind you of your talent and importance, there's no way around the fact that you just weren't cool enough to get that coveted invite. I don't know how you all deal with rejection, but here are a few of the things I do.

2. Give yourself a break. Whenever he had a really bad audition, my old roommate Noah used to order Papa Johns and sit down to watch The Office. During that time, he'd also relate what happened back to me and we'd just laugh it all out. "They made you do WHAT?" In retrospect, these memories are hilarious and always ended in pizza and humor. Lots to be learned from that example. Now, maybe pizza isn't yours or your bank accounts best way of dealing with things, but find that thing that makes you just feel better and give yourself a break.

3. Understand that everyone deals with it. Dustin Hoffman and Robin Williams famously struggled before hitting their break. Some of my favorite directors faced huge walls for years. It's just the way this business goes. The only way to get better is to stick your neck out there with the knowledge that you're going to get burned every now and then (or even a lot). That's okay. If you take it in stride, it will ultimately make you better.

4. Have other things to focus on. Call it a rebound, call it "success as the best revenge," call it whatever you want. The most important thing when dealing with any kind of loss is hope. I tend to involve myself in many projects and submit to other festivals. When I was acting, the best auditions were those that were followed by others. The worst thing you can do is get bogged down with the past. Nothing beats the past like being excited for the future.

5. Elevate your game. The chip on the shoulder is one of my favorite motivators. If you've been consistently rejected, use it as motivation. One of the star Seahawks, Richard Sherman, knows the exact number of players at his position taken before him in the NFL draft, and has the list posted on his wall. This is the storyline we all love in both friends and strangers. Rise up and be so great that they can't reject you.