Today this act become a part of our culture that caused lots of problems for young couples and families. And because of some traditional behaviors and thoughts women are the most affected part in these marriages.

What I wrote is only a part of the problems women are faced after a forced marriage. 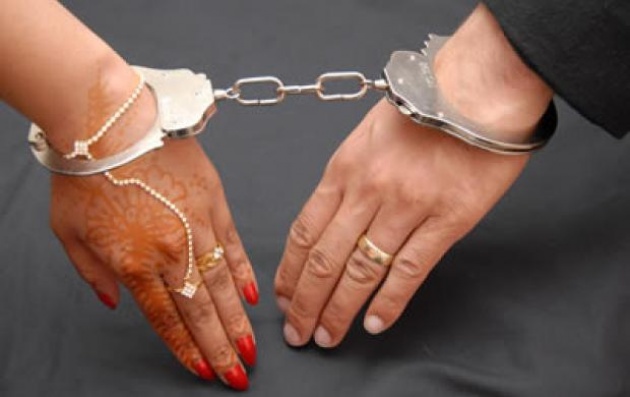 She is wearing a nice dress and is trying to be seen dancing with other girls since the time wedding started.  She looks more beautiful than every day and tried keeping her mind wary and at the same time seemed careless about what is happening around.

Every guest’s movements and behaviors are being recorded in her memory because she needs to know who is really happy about this wedding so when the time comes she can pay the favor back.

Though she is trying to keep the fake smile on her face, only God knows about the hurricane that is happening in her heart.

Though she dances with the music, laughing with girls but this all seem to be a memory happening far away from her. Sound of music is not loud at all to her. Her thoughts are much louder echoing in her mind. “Can this day be over sooner?” she thinks to herself. Then she could be alone for hours and freely cry and sob loudly.

She wanted to take the happy mask away; the mask she put on her face to hide her deep sadness and to close people’s mouth, only if that was possible.

The bride and groom entered the hall. Bride is a young beautifully girl and groom a young man about 25 years old. She knows him well.

If one could go through her thoughts would see that she is asking herself if did she herself looked as beautiful as todays bride is looking while walking beside this man? It was about seven years ago when she was hardly fifteen years old that she was walking with this man.

Was he as happy and laughing as he is today?  Was he as excited as he is today by holding the young bride’s white and soft hands? A flow of questions are coming to her mind but she tries not to think on the answers.

She becomes anxious and uncomfortable as she notices how people are looking her and become quiet every time she passes them.

As she gets tired all she wants to do is to shout “yes I am the wife of this man. I married him seven years ago and I knew he didn’t love me. I knew his mother (my aunt) forced him for this marriage. I didn’t love him too but I haven’t any other choice. My parents were taken this damn decision for my life.”

Only if she could tell all who were sitting there that it is not my fault that my husband fall in love with another woman and decided to marry her.

She is waiting for a look from her husband and expected him to understand her deep sadness trough her eyes. But the young groom is so happy that completely has forgotten her presence in the hall.

She is thinking how she accepted this forced life easily. She lost her wishes and dreams by this unwanted marriage just like his husband. But she wonders how selfishly his husband went after his dreams and made a new life for himself, this time without thinking about her and the kid.

For a moment she thinks she also can leave this life and go after her dreams, maybe to get married with someone she loves this time and make a new life as she always wished. Well, She is also young and beautiful. But even this thought scared the hell out of her.  After all she was a woman living in Afghanistan, the country where woman goes with white gown to their husband’s house and leave’s with white shroud. They must withstand everything but not to divorce.

What is left to do for her except wishing she was never born as a woman. Then she could take decisions for her life. She is tired of being an observer of what happens to her life and not having the smallest right to say a word on anything.

She was profaning to destiny which were written for the women who had the same life as she had.

As she clapping, watches her husband and his new bride cut the cake thinks there is no dignity, hope or interest to continue this life then why not commit suicide? ” Mom, lets go and take photo with Dad” her son says.

It makes her heart ache. How could she forget her son? She was ashamed of the thought of leaving her little boy alone in this world. “He is the most innocent person in my life” she thought with herself: “what has he done to deserve this?”

She went with his son to take photo and still the fake smile being visible on her face. She felt an unlimited idiocy when she said congratulation to her husband for starting a new life.

She stays like a close friend and takes photo with new couple. Everything seems senseless specially her presence in that place.

No one not even the photographer who is looking carefully from the lens of camera couldn’t understand and see her real feeling and thought from her eyes.

Again she wishes if today could be over any sooner.