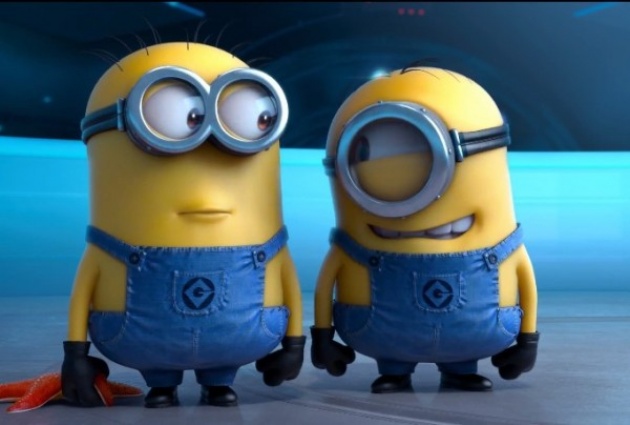 The minions beat Johnny Depp at the box-office with "Despicable Me 2" easily winning the 4th of July weekend race against the Disney western "The Lone Ranger."

The Universal animated sequel sold $82.5 million worth of tickets over the weekend and $142.1 million with the five-day holiday total beginning Wednesday, July 4th.

Meanwhile, the ho-hum "The Lone Ranger" starring Armie Hammer as the masked avenger and Depp as the native American warrior and the movie's narrator, Tonto, earned a disappointing $29.4 million over the weekend, and an equally ho-hum $48.9 million since Wednesday.

"The Lone Ranger" marks the third big-budget bomb of the summer next to "After Earth" starring Will Smith and his baby Jaden, and "White House Down" with Channing Tatum and Jamie Foxx. This just goes to show you that big-name stars are not enough to carry a film. You also need a commanding plot.

So will "The Lone Ranger" recoup its budget? Silver will need to gallop for a long, long time. According to THR, the film suffered in appealing mostly to older moviegoers with "58 percent of the audience over the age of 35, including 24 percent over the age of 50 percent."

The Gore Verbinski big screen adaptation of the popular TV western classic must also appeal to younger audience to survive but alas, only 16 percent of the audience were under the age of 18.

It now depends on the popularity of Depp overseas which incidentally, also belonged to the entertaining minions of "Despicable Me 2." THR is reporting that the animated flick "scored the biggest opening ever for an animated film in Latin America, Indonesia, Malaysia, Philippines, South Africa and Vietnam."

The other animated box-office champ, the funny "Monsters University," fell to No. 4 with $19.6 million. "The Heat" starring Sandra Bullock and Melissa McCarthy continued to scorch at No. 3 with $25 million. Brad Pitt's zombie flick, "World War Z," rounded out the top 5 with $18.2 million.

The other new entry at the box-office, stand-up Kevin Hart's concert documentary "Kevin Hart: Let Me Explain" surprised everyone and pleased distributor Summit Entertainment with its strong showing of $17.5 million over five days and $10.1 million over the weekend.

Here's the estimated Top 10 Box-Office List for the weekend of July 5th: