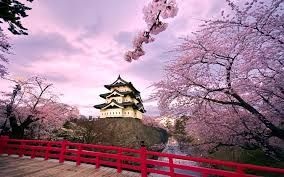 The characters that make up Japan’s name mean “sun-origin”, which is why it is sometimes referred to as the “Land of the Rising Sun”. A journey to this land will never fail to fascinate and travellers can look forward to a trip of endless discovery, packed with gourmet experiences, indulgent spa treatments, modern art, pop culture, and heritage trails leading to towering castles and mist-shrouded mountains.

Japan is a land of astonishing contrasts. From antiquated temples and kimono-clad geisha girls hurrying between traditional tea houses in Kyoto, to lightning-quick bullet trains carrying sharp-suited businessmen between the high-tech cities of Tokyo and Osaka, Japan is a country where the past meets the future.

Although it is the tenth most densely populated nation in the world, with a population of 127 million and 30 million in the greater metropolitan Tokyo area alone – Japan possesses vast stunning areas of rural, unpopulated wilderness.

About 73 per cent of its territory is forested, mountainous, or unsuitable for agriculture or industry, including more than 200 volcanoes – providing vast areas of land for tourism, travel and recreation.

Japan is also often thought of as a small country – however, the largest of the four main islands, Honshu, is bigger than the whole of Great Britain. It is easy to see, therefore, why this land of rolling mountains and 6,852 islands is a tourism paradise.

One misplaced view is that Japan’s position as the world’s third richest nation makes it an expensive holiday destination. In reality, it can be cheaper to travel in Japan than in most parts of North America and Europe.

The “Land of the Rising Sun” is a destination like no other; offering heritage and history one day and hi-tech city living the next. 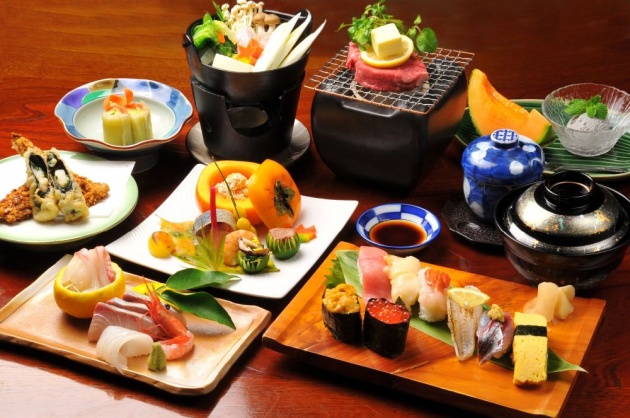 Being the first Asian power to modernize, Japan’s travel infrastructure has been among the most advanced in the Asia-Pacific region for an eternity; symbolized by the futuristic bullet train. The latest trains have a business-class cabin and the interiors are modeled on the latest luxury airliners. The network these trains serve is highly efficient and covers the majority of the country, making this form of transport the mode of choice for most visitors.

The flying option is probably best when travelling from the country’s main hubs to some of the country’s more far-flung destinations such as Okinawa and Hokkaido.

Japan consists of the four largest islands of Honshu, Hokkaido, Kyushu and Shikoku, which collectively account for 97 per cent of the country’s land area. The Ryukyu Islands, including Okinawa are a chain of islands south of Kyushu. Collectively, these islands are often known as the Japanese Archipelago. This geographical division greatly enhances the tourism experience as the differing regions offer travellers different climatic and geographical conditions and a wide variety of cultural, social and gourmet experiences.

Occupying 60 per cent of the country and known literally as the “main island”, Honshu is the second most populous island in the world after Java. The iconic symbol of the mountainous and volcanic terrain of Honshu is the majestic Mount Fuji, an active strato-volcano which towers above the landscape at 3,776-metres. Mount Fuji’s exceptionally symmetrical cone is frequently depicted in art and photographs. It is one of Japan’s “three holy mountains” along with Mount Tate and Mount. Haku. Honshu is home to the Japan Alps which attract walkers all year around. No visit to Japan would be complete without a visit to Kyoto, which has been described as a living museum as it is home to 17 UNESCO World Heritage Sites, comprising of temples, shrines and a castle, and thousands of other buildings of great architectural and historical interest.

The Tsugaru Strait separates Hokkaido from Honshu but the two islands are connected by the underwater railway Seikan Tunnel. Clean air, blue skies and the majesty of the mountains best describe Hokkaido. Unlike the other major islands of Japan, it is normally not affected by the June-July rainy season and the typically warm, rather than hot, summer weather makes it’s a popular attraction for tourists from other parts of Japan. In winter, the island’s towering peaks and high-quality powder snow make it one of Japan’s most popular regions for snow sports, culminating in the famous Sapporo Snow Festival.

Kyushu is the third largest island of Japan and the most southwesterly of the four main islands. It offers a slightly warmer and more tropical climate. An early centre of Japanese civilization, Kyushu offers many historical treasures, modern cities, thermal spas and endless fields of rice forested mountains. The island is mountainous, and Japan’s most active volcano, the 1,591-metre Mount Aso is situated on Kyushu. There are many other signs of tectonic activity, including numerous areas of hot springs. The most famous of these are in Beppu on the east shore.

Shikoku is the smallest of Japan’s four main islands and perhaps its least visited. However, it does have many attractions to offer such as Matsuyama Castle, a beautiful coastline and the best noodles in Japan! It is famous for the 100,000 or so pilgrims who visit 88 temples on the island in a set order each year. This pilgrimage was originated by the Buddhist priest Kukai, who is considered to be the father of Japanese culture. The region was not very developed until the construction of several bridges connected Shikoku with the mainland of Honshu. 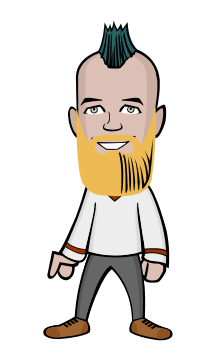