Did The Walking Dead Reveal Its New Villain... 2 Years Ago?

First up, there are some MASSIVE Walking Dead comic book spoilers coming up. Seriously, if you haven't read volume 22, "A New Beginning" and don't want to know what goes down, stop reading right now.

If, however, you want to get the lowdown on a pretty awesome fan theory from Imgur user phtevenmcthickridges, you've come to the right place.

Since the death of the Governor in Season 4, we've been left with a villain-shaped hole in The Walking Dead. Sure, we've had both the Claimers and the Termites cause some mischief, but both groups were dispatched with brutal efficiency before they could leave too much of an evil legacy.

Pretty much everyone who's read the comics is expecting the next foe on the show to be Negan - the leader of The Saviors and all-round bad egg - and if the show sticks to the comic book continuity, it's a good bet.

But what if we're wrong and Negan is not coming next? What if, in fact, the new villain is a group that has only just been introduced to the comics? And what if all this was predicted back in Season 3 of the show?

First, we have to take a trip back to Season 3, to the episode called 'Clear.' It saw Rick, Carl and Michonne go on a supply run and encounter Morgan, who had seemingly lost his mind.

During a confrontation with Rick - and since Morgan was in full-on crazy mode - Rick shouted at him, "Do you see who I am?"

And this is where things start to get really interesting.

The latest volume of The Walking Dead comic book series introduced a new and creepy-as-hell foe, The Whisperers.

When some of the guys are out on patrol they are attacked by a bunch of Walkers. The horrifying part? They appear to be able to talk as well as fight back using weapons:

So does this mean the Walkers have become sentient? Not exactly, but the truth is just as terrifying.

A group of survivors has been living among roamers and wearing the skins of the dead, whispering between themselves to avoid detection

I gotta say, this is such a badass idea for a bad guy. And with Morgan already talking about them back in Season 3, I think this is the first time the show has referenced the comic book before it actually happened on the page.

I also think we might get the Whisperers sooner than expected. You see, since showrunner Scott Gimple wrote the episode 'Clear' he might have already been paving the way for these guys to appear on the show.

I also think it makes more narrative sense to introduce the Whisperers before Negan. We've only just dealt with both the Governor and Gareth on the show, so do we really need another despotic/megalomaniacal/sadistic bad guy to be the focus again? Wouldn't it be way cooler to get the Whisperers in now and have something much more disturbing for Rick and the gang to deal with?

I honestly can't wait for Negan to make his bow on the show, but in the meantime I'd definitely be down for some crazy Whispering action.

What about you guys? 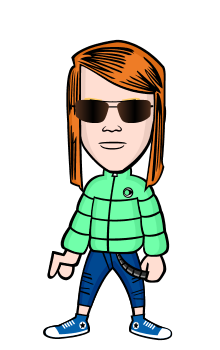 Due to the full calories intake for the past 3 days, I forgot what I am struggling into so now I've …

3M gets people to climb stairs for charity

3M is really innovative when it comes to charity giving. It sponsors a program where the participan…