DID YOU KNOW??? Music Can Makes Life More Healthy

Listening to music is not just mere entertainment. Without you knowing it, the music actually has mood swings and even help you to concentrate.

A study shows, listening to music can provide an effect on some parts of the brain responsible for memory and vision related.

"For example, a recent study in Canada showed that no causal relationship between music and a core part of the brain that reacts to a stimulus (food, light, sex)," Dr Victoria Williamson, psychology professor Goldsmith College London.

So what are the health benefits that can you can listen to music?

1. Enhance the mood (Mood)
The reaction of people when listening to music are generally different. But whatever your choice of music, a 2011 Canadian study, published jurnalNature Neuroscience shows that listening to your favorite music can help defuse a bad mood.

Research at McGill University in Montreal showed that listening to music can trigger the release of dopamine.

"The brain is very complicated - there are many elements involved in creating a sense of excitement - not surprising if there are studies that show that dopamine release associated with feelings of pleasure," said Bridget O'Connell, head of information of Mental Health Charity Mind.

2. Focus
It is a little strange, but evidence suggests that listening music can help you to concentrate. A tool 'digital tonic' commonly called Ubrain, claims can help the mind focus and relax.

This application is based on binaural beats (that can stimulate the activity of the brain) that help you to increase your energy, mind and improve mood while listening to favorite music.

"With the help of the cerebral cortex produce a certain wavelength, we can induce some parts of the brain remain intact, depending on the goals we want to do," said clinical psychologist Paris from Brigitte Forgeot.

3. Increase endurance
Listen to certain music can actually help you run faster. A study at Brunel University, West London has shown that music can help increase endurance by 15 percent, increase the vigor and energy efficiency 1-2 percent.

Instead, choose songs that match the tempo of your exercise. Listening to music while exercise will give metronomic effect on the body, allowing you to exercise longer.

4. Relieve Stress
Research in 2011 from the mental health charity showed that a third of people listen to music to give encouragement while working

Thats all you have to know about MUSIC 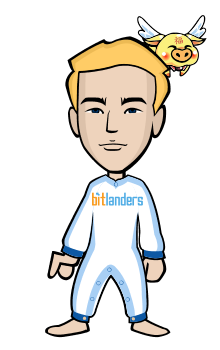