Digital Age Beyond the Digital Clock

UNESCO Prepares Conference to Preserve Digital Age: The "Digital Age" according to below UN Photo arrived at the United Nations on May 3, 1971 when according to Photo caption: "United States (represented by George Bush) presents a digital clock to the United Nations: Secretary-General U Thant viewing the digital electronic clock. At left is George Bush, Permanent Representative of the United States. At right is Harry B. Henshel, President of the Bulova Watch Company." 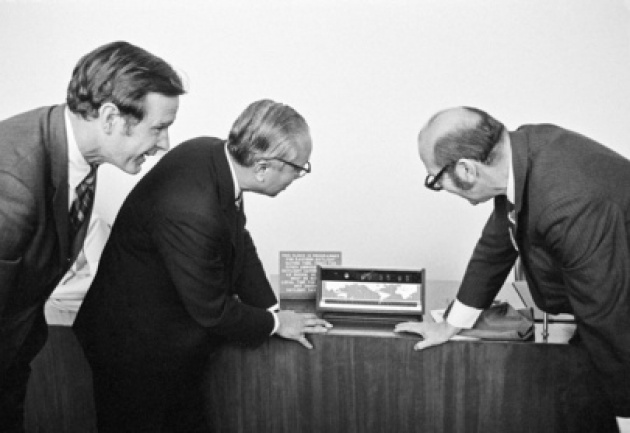 Think we are beyond the digital clock as the standard, but time is critical in preserving history! The digital age also will allow us to preserve more fully and effectively the history of previous generations, from art and culture to science and nature. UNESCO has been on this road for some time. However, the other question is how to we further the preservation of what is the Digital Age, with so much history being created? UNESCO is currently an international gathering to review and further this process as outlined in the below Press Statement and links. See Film for Blog Report: “UNESCO World Memory Report” 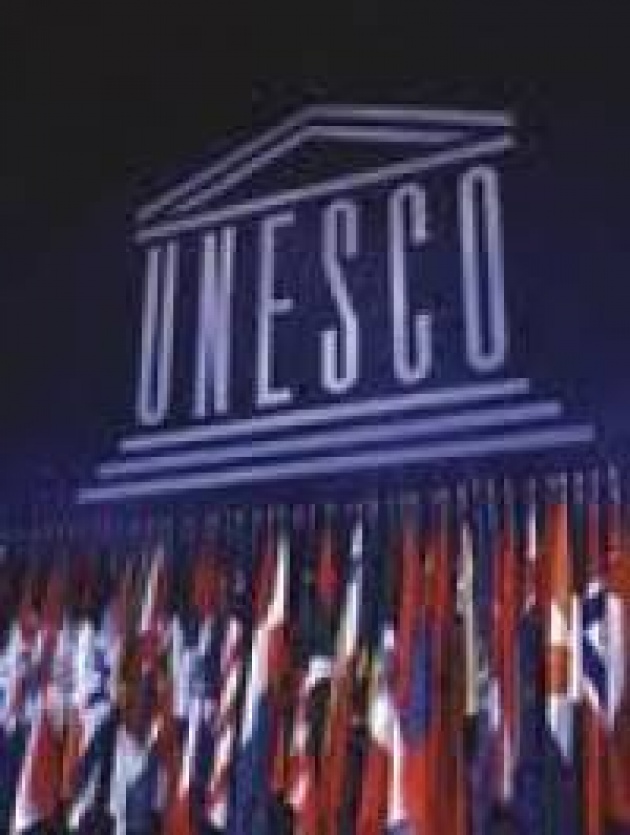 UNESCO proposes to organize an international conference from 26 to 28 September 2012 in Vancouver (BC) Canada, to explore the main issues affecting the preservation of digital documentary heritage, in order to develop strategies that will contribute to greater protection of digital assets and help to define an implementation methodology that is appropriate for developing countries, in particular.

The conference will bring together professionals from the heritage sectors, as well as a range of government, IT industry, rightsholders and other stakeholders to assess current policies in order to propose practical recommendations to ensure permanent access to digital documentary heritage.

Although knowledge is today primarily created and accessed through digital media, it is highly ephemeral and its disappearance could lead to the impoverishment of humanity. Despite the adoption of the UNESCO Charter on the Preservation of the Digital Heritage in 2003, there is still insufficient awareness of the risks of loss of digital heritage.

Digital information has economic value as a cultural product and as a source of knowledge. It plays a major role in national sustainable development as, increasingly, personal, governmental and commercial information is created in digital form only.

But digitized national assets also constitute an immense wealth of the countries concerned and of society at large. The disappearance of this heritage will engender economic and cultural impoverishment and hamper the advancement of knowledge.

Ensuring digital continuity of content requires a range of legal, technological, social, financial, political and other obstacles to be overcome. It is hoped that the Conference will lead to: