DIGITAL LITERACY IN SUPPORT OF UKRAINE

The Ukrainian crisis has been on prime time news for the past few weeks. Even those who don't care about politics - or any country other than theirs, for the matter - can't ignore what's going on in this Eastern European country, which has experienced an astounding sequence of events. After taking advantage of the political vacuum in Ukraine, Russia invaded its neighboring country, and took complete military control of Crimea, the southern portion of the former Soviet Union province. By "protecting the interests of the Russian people", Putin has claimed a land that is not his, and nobody is doing anything about it. While I understand the cautiousness of the international community - two world wars begun in a similar dynamics, with a country invading another - the rights of the Ukraine population have been violated, with barely any consequence. Russia justified its aggression by administering an illegitimate referendum in which the Crimean population could voice their preference to be annexed to Putin's federation. However, little is known about the real numbers of Russia's supporters in this strategic region, and the more time passes, the stronger Putin's grip on Crimea. 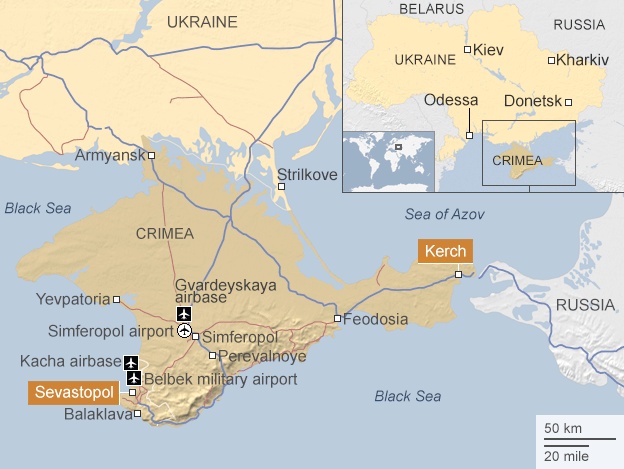 There are multiple factors playing a role in the Crimean crisis, and in no way I intend to turn this article into a political manifesto. Nevertheless, I condemn with no hesitations Putin's arrogant thirst for power, and can't help standing by the side of the Ukrainian people. Even if it were true that most Crimeans wanted to join Russia, that doesn't mean it was fair to do it the way they did. This crisis heavily smells like unilateral propaganda orchestrated by a country with no hesitation to deploy its troops inside the borders of another, claiming its possession with no rights whatsoever. Geographical divisions between countries rarely respect the real demographics of their populations, and every nation in the world happens to have some supporters living within the borders of a neighboring state. It doesn't make it fair, but it's just something that needs to be accepted. Don't get me wrong, every individual living outside his or her own homeland has my complete sympathy, especially because many are incapacitated to cross the border legally. However, if every country on the planet started claiming lands outside their jurisdiction, the world would turn into complete anarchy. 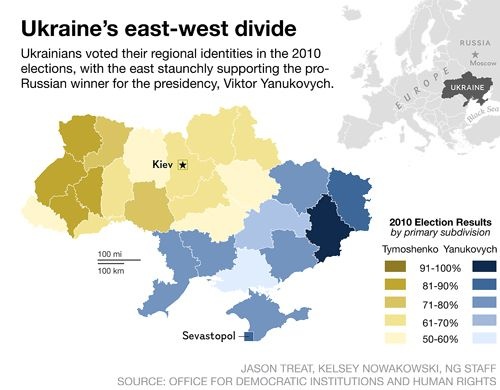 When in the late 30s Adolf Hitler started "annexing" chunks of neighboring countries, claiming that they were part of "Germany's heritage", most European countries were reluctant to make any aggressive move against the dictator. The memories of World War I were still very vivid in everybody's mind, and the last thing people wanted was being involved in another conflict of massive scale. That was a horrible mistake. Week after week Hitler's intimidation and military machine gained momentum, destroying everything along their path. Europe's leaders abruptly realized how naive they had been avoiding to stand up to the German dictator, and paid a heavy price for their passiveness. I'm far from indicating that Putin is trying to follow Hitler's footsteps, but how far is the world willing to let him go? And how many more international laws is he going to be allowed to break? 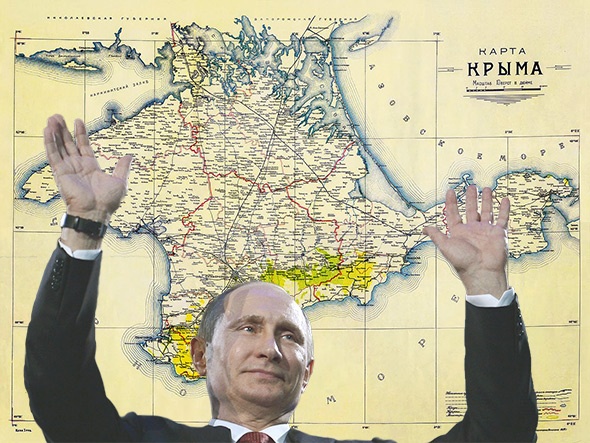 I don't hold any political power, nor I have influential connections to make my voice heard on a global scale. I do believe something must be done to stop Russia's attitude and agenda, but there's little I can do with my modest means. Nevertheless, I can utilize my social media network strategies to send my message out there, so that more people can join me. If more individuals around the world wrote a social media blog such as this one, condemning the injustices Russia is committing, maybe this would motivate the international community to apply more pressure on Putin. The Arab Spring showed the potential of social media campaigns, and proved that normal citizens can be more powerful that their leaders. It's time for Putin to hear our voice, and think twice before making his next step.

If you like my articles, please click on the "BUZZ" button on top of the blog. I truly appreciate your support. Thank you.

If you want to write blogs but are not registered with Film Annex yet, REGISTER HERE and start your journey. You will be joining a family of writers coming from all over the world eager to read your stories. As soon as you register, SUBSCRIBE to my page on Film Annex: you will be earning money in no time! :-)

If you are already writing on Film Annex, I suggest that you should read this article: it will show you what you need to do to write good blogs and be successful on Film Annex. Would you like to know me more? Watch MY INTERVIEW WITH FILM ANNEX, and learn my opinion about social media and digital literacy around the world.

If you have missed any of my previous articles, you can find them on my personal page: http://www.filmannex.com/blog-posts/Giacomo