Director's Commentaries, Behind the Scenes and New Filmmakers - Jennifer's Recap

On this Friday, among all our recent content, I'd like to focus on the videos that are not the film itself, but that highlight the work that goes with creating a film, also known as behind the scenes, making-of, director's commentary. Mark Kuczewski is the only filmmaker on Film Annex so far who has presented director's commentaries for his short films. Hopefully, after this blog, more will come! The last one is for Falling, who premiered a few weeks ago on the platform. I really liked the movie and enjoyed listening to both the Director (Mark) and the Director of Photography Anderson West commenting on the film. They explain the different challenges faced with lighting, point out their favorite shots, comment on their work with the actors... and occasionally joke around with each other. It gives a brand new perspective on the film and makes you realize the many details that go with making a movie. Don't miss Mark's commentaries on his other films too.

Making of's and behind the scenes videos are now well represented on Film Annex. Either for animations or narratives, more and more filmmakers make videos to explain how they prepared the film or to give an inside look at the shooting. For animations and stop-motions, the making of will usually focus on a before-after look at the film, comparing original drawings with the final result, or showing how the animator created the set and characters. Check out the making of Enco by Ignacio Ruiz Alvarez and Pour une pepite de plus by Remi Parisse, and the storyboard comparison for Arctic Circle by Kevin Parry. Behind the scenes of narrative films will take you on the set to meet the cast and crew to understand how a film is being shot. You often realize that the atmosphere is very relaxed even though everybody is putting on a lot of hard work. Great examples to watch: how Anderson West filmed Rest, how Andy Salamonczyk and his team put together Dawid and Dominik, and a day on the set of The Drought, by Kevin Slack. Most filmmakers also describe their filming process in their blogs with great pics so be sure not to miss those. 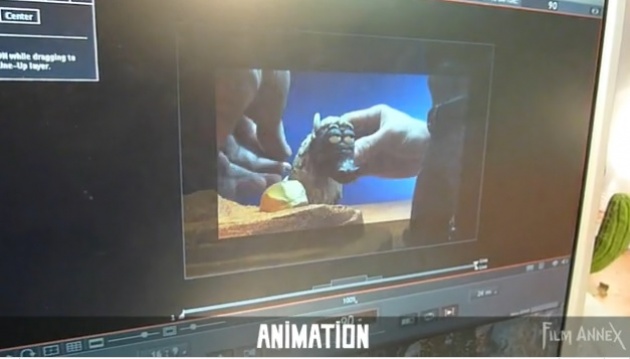 Now back to this week and the rest of the content. We welcomed Ben Trovato, an online publication dedicated to the most promising talents in fashion photography and film. The Web TV has already over 20 fashion videos and art films. Mad Ruffian also joined Film Annex this week, as a director-producer duo, following the recommendation of Sorcha Anglim and Jack Tew. I suggest starting with Motherless Child, which was created for a competition at the Cannes International Advertising Festival... and won! Mad Ruffian accepted the challenge of "showcasing in its richest and widest form the word COMPASSION or indeed the lack of it" and came up with a video on homeless animals. Watch it below.

Lastly, I worked on the Industry Newsletter, Film Annex's latest news, and an interview with Andy Salamonczyk on how he is promoting his movies online. The Facebook page albums also now counts more behind the scenes pics from our filmmakers' movies.