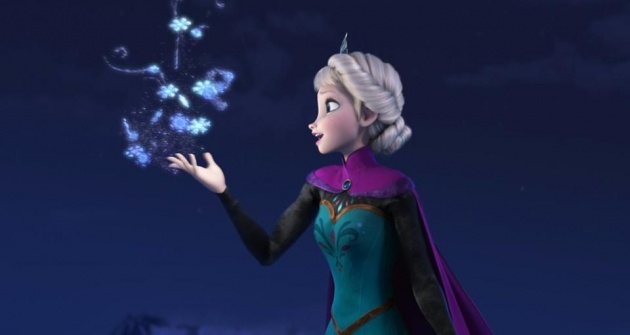 Disney executives officially announced plans on Thursday for a sequel to “Frozen.”

NEW YORK — Disney said Thursday it is developing a sequel to its hit ‘‘Frozen’’ movie and will release a new ‘‘Star Wars’’ movie in 2017.

The Walt Disney Co. also said at its annual meeting in San Francisco that investors had voted down shareholder proposals that would have separated the CEO and chairman role. They also rejected a proposal related to paying executives stock awards if Disney is bought.
The company’s board had recommended voting against both proposals.
Bob Iger has been CEO since 2005 and chairman as of 2012. He received $43.7 million in total compensation last year, up 27 percent from the previous year. Disney had a blockbuster year in 2014 thanks to the popularity of ‘‘Frozen’’ and other films, along with strong results from its parks.
A meeting attendee asked Iger for a raise for Disney employees, too. The CEO noted that, after agreeing last year to increase base pay to $10 an hour for employees covered by one of its largest unions, Disney has extended that commitment to all hourly employees of the company.
Other major US companies have also recently said they will raise employee pay in the next few years, including Wal-Mart, TJX and Gap.

In response to another shareholder question, Iger said the company had expanded its policy of not showing smoking in movies aimed at young people to include films made by its Marvel and Lucasfilm units. That rule had applied to Disney-branded movies and Pixar movies.
Disney’s movies have had a strong run, in the past two years winning Academy Awards for ‘‘Frozen,’’ ‘’Big Hero 6’’ and ‘‘Feast,’’ an animated short film.
‘‘Frozen’’ made nearly $1.3 billion at the box office and inspired masses of toys, clothing and other merchandise as well as a devoted following of young girls.
The sequel, ‘‘Frozen 2,’’ will have the same directors, Chris Buck and Jennifer Lee.
As for ‘‘Star Wars: Episode VIII,’’ Rian Johnson, behind the time travel film ‘‘Looper,’’ will write and direct.
There will also be a series of ‘‘Star Wars’’ spinoff films, and the first one is called ‘‘Rogue One.’’