I watch my two nephews, a ten-year-old and an eight-year-old, play with Watch Dogs on their PS4. Watch Dogs is 3D role-playing game (RPG). The main character is supposed to be a hacker-vigilante.

However, the game itself does not restrict the player on what he can or cannot do. Thus, the player could be a hero-type vigilante or the complete opposite - a law-breaking criminal like the one in the video.

My concern is, when my nephews play the game, they enjoy shooting at innocent people, stealing cars, destroying properties and other things that a mindless criminal would do.

(I don't know if eating pellets and ghosts could be considered violence. I think not.) 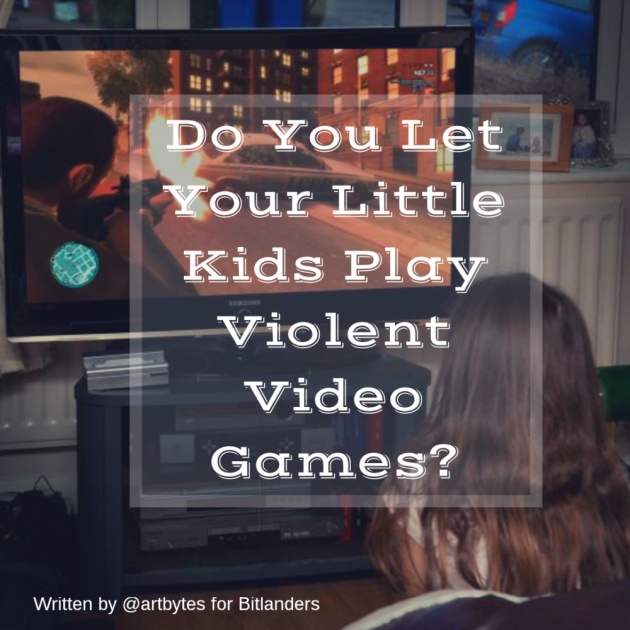 Blood, Gore, and other Mature Contents

However, it's not just the violence in video games, that I am concerned about. If you are a parent, I'm not sure if you know the video games that your kids are playing includes the following:

Watch Dogs is not even in the lists of most controversial or most violent video games. However, my concern on this game is, it allows to player to play the character as a merciless killer instead of a heroic type vigilante. In the game, as seen in the video above, the player could shoot innocent bystanders, hit-and-run people, vehicles and properties without any sign of regret.

In my short-list below are just three of the popular video games that portray violence, blood, gore, profanity and other mature (or adult) contents.

The Grand Theft Auto series is "M-rated" or "Mature-rated". The game contains not only extreme violence but nudity, explicit language, drug, and alcohol abuse. 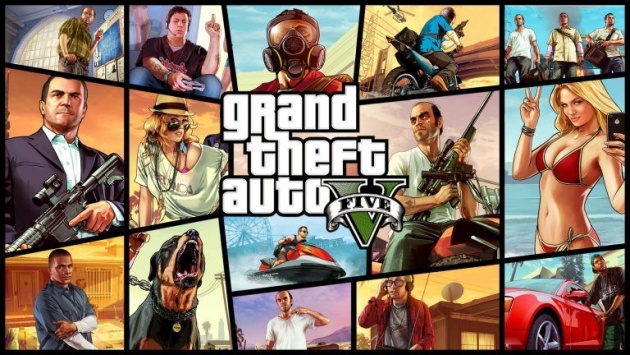 In GTA, the players control hardened criminals. Using guns and vehicles, the player kills not only other gang members but also innocent bystanders and police officers. One installment of this series includes a disturbing scene that involves torture.

In this game, the player can make the character drink alcohol and even smoke marijuana. 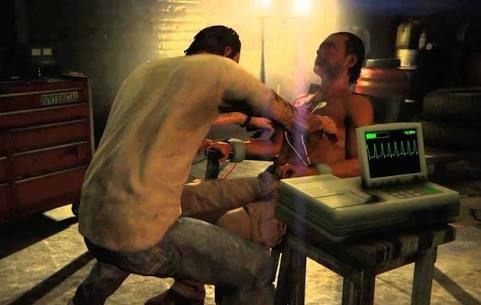 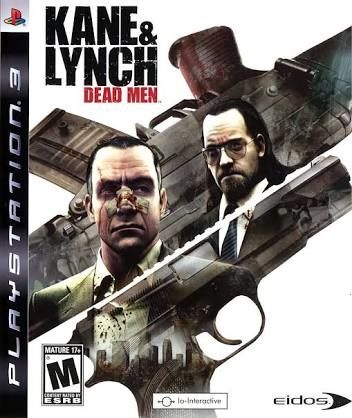 Kane and Lynch is a movie-like crime action game. Again the main playable character is a criminal named Kane. So the enemies are most of the time, cops. The game is bloody violent and littered with profanity and drugs. And the main theme of the game… vengeance! 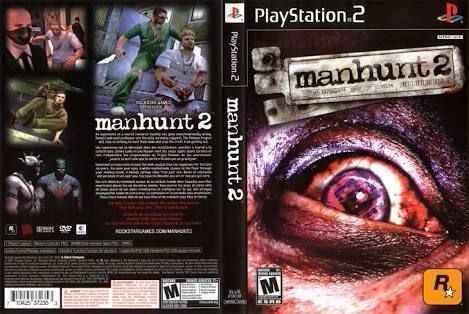 Cover of Manhunt 2 for PS2

Common Sense Media dubbed this as the "most violent game ever produced!". The game revolves around a criminal, James Earl Cash,   who was on the death row. He was "rescued" by "the director" for his own purpose.

The Director wanted to film Cash being hunted and in Cash kills his hunters in the most gruesome way imaginable. This includes smashing the face with a claw hammer,  or rather with the hammer's claw.

It was reported that this game was connected to an actual murder.

I watched a YouTube video showing a compilation of execution in the game. I did not embed the video here because I don't think it is appropriate for all ages. The execution includes stabbing, strangling, whacking, etc... 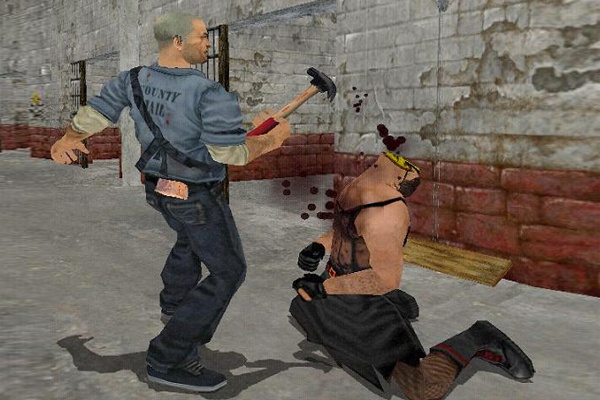 This game is sick and messed up on every level! it rewards you for horrific murder, it is inappropriate for all ages. There's swearing, gore, and nothing but grotesque carnage."

This game is disturbing

Just straight up sadistic violence. It tries to push violence in video games to a whole new level, so I don't really know I have the right whether this game deserves to exist. Is there a Not Suitable For Humans rating?"

I watched a compilation video of the some of the kills. Indeed, this game is horribly sick and should not be played by children of all ages. 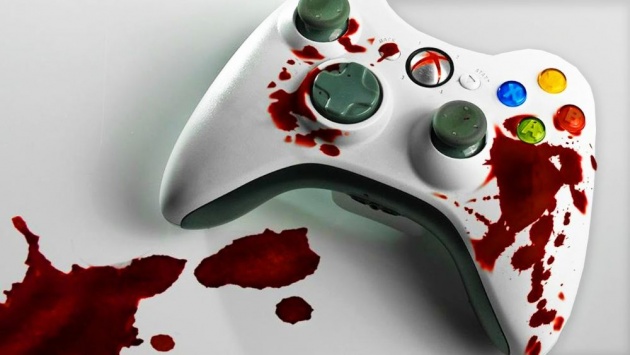 Do video games cause violence?

However, other experts deny that the APA studies are inconclusive and stress that there is no proof that violent video games do not make the player more aggressive. They even stressed that the popularity and boom of these violent video games contributed to the decline of violence among children.

When my nephews were younger, (about 7 and 5), both had a hand-held game console. Their aunt who acts as their guardian had GTA installed on their consoles. One day, while they are playing, I heard one of them say to the other,

Sometimes, when they play, they would be aggressive on the other and often hurt each other. Although this is quite common on young male siblings

What I don't like the most in GTA is the explicit language uttered by the characters and the fact that players play the role of a criminal.

These days, I have been observing them how they play Watch Dogs. In Watch Dogs, the main character is supposed to be a heroic-type vigilante. He is supposed to rescue (someone). In the game, however, the player is not restricted to how he would play the character. Instead, they chose to play on the other side of the law. 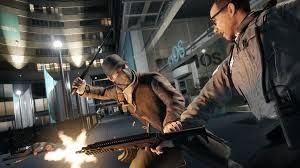 It is a common knowledge that kids, 10 years of age and younger, tend to mimic what they see and hear. Thus, long and frequent exposure to violence through real-life or different media (including TV and movies) will surely have a strong effect on the child's developing mind and behavior.

In my own opinion, violent video games will not turn all players into gun toting-mass-murderers, however, I believe that it will contribute to developing a more aggressive behavior for the child.

Parents should know that these games are rated. Violent games have at least "M-rating", meaning these games are for mature players only. You don't want to expose your children to all the blood and gore, violence, explicit language and alcohol and drugs at a very young age.

The image below shows how are the games are rated. 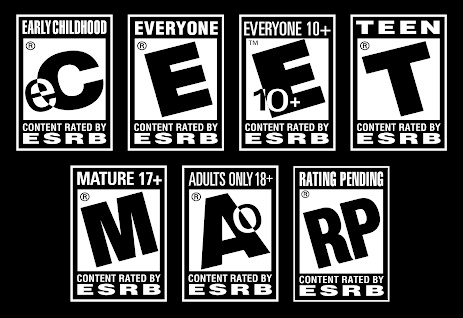 Before buying the game.

Before buying the game do these first.

After Buying the Game:

Video games are generally not bad. In fact, playing video games is a great way to pass time and to relax. For young kids, however, parents should check the ratings of the game if it safe for the child's age.As much as possible, I suggest, avoid extremely violent games that are rated for mature audience only. 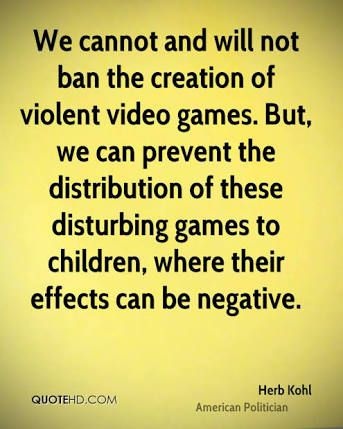