Gender discrimination and violence against women whether at home or outside is as old as society itself. In fact story of human civilization has several narratives one of which is continuous and unabated violence and discrimination against women, domestic or at society level, and progressive empowerment of woman over a period of several millennia. Similarly it is a universal phenomenon as no country or society can claim that its women are not subject to domestic violence, street harassment or work/job discrimination. It is prevalent even in advanced societies albeit with different levels of severity than the less developed countries and in different forms.

In some of the culturally backward countries it is sanctified on the basis of religious injunctions of dubious credibility or defended on the basis of preservation of cultural values and maintaining social order. Cultural norms and economic stage of a country usually determine the status of a woman in a society as well as the level and forms of domestic violence against them. Thus women in a developed country are subject to different kind of treatment than their counterparts in African or Asian societies.

Over a period of time I came across women who had suffered or were suffering under different forms of oppression-overt or covert. I have seen women suffering physically and dying emotionally because of domestic violence and street harassment. Unfortunately women living in Muslim societies are far more vulnerable and subject to domestic violence and social harassment and work/job discrimination than their counterparts in other social setups. I have been living and working in three different types of socio cultural environments-Pakistan, Italy and United Kingdom, have witnessed the cases of domestic violence and street harassment with my own eyes and can very well empathise with the victims of such social treatment. During my frequent travel abroad also I have heard stories of such violence against women not only in conservative societies like Dubai and Saudi Arabia but also in a highly tolerant Muslim society like Turkey.

There is thus an urgent need to create awareness not only among the oppressors but also among the victims as well as the society in general. I firmly believe that any social cause if taken in right earnest does succeed. Campaign against smoking is one fine example of this social consciousness translated into legal framework. Violence against women is far more injurious to the sufferer than smoking is to an addict.

Last year, a multi-country study was carried out by Partners for Prevention, a regional joint programme of UNDP, the UN Population Fund (UNFPA), UN Women and United Nations Volunteers (UNV) programme in nine countries of Asia and the Pacific. Interviewing more than 10,000 males in these countries about the use and experiences of violence, gendered attitudes and practices, childhood, sexuality, family life and health the study found that

• Men begin perpetrating violence at much younger ages; half of those who admitted to rape reported their first time was when they were teenagers.

• Of those men who had admitted to rape, more than 72-97 percent did not experience any legal consequences, confirming that impunity remains a serious issue in the region.

• Across all countries, more than 80 percent believed that men have a right to sex with women regardless of consent.

• Overall, 4 percent of respondents said they had perpetrated gang rape against a woman or girl.

• Have gender-inequitable attitudes and try to control their partners.

• Have experienced physical, sexual or emotional abuse as a child, or witnessed the abuse of their mother.

• Have practices that celebrate male toughness and sexual performance, such as being involved in fights and paying for sex.

• Make violence against women unacceptable, for example through community mobilization programmes and engagement with people who influence culture;

• Promote non-violent and caring ways to be a man, for example through sustained school-based or sports-based education programmes;

• Work with young people, with a particular focus on boys and adolescents, to understand consent, and healthy sexuality, and to foster respectful relationships;

I fully agree with Emma Fulu, Research Specialist for Partners for Prevention when she says, “We hope to see this new knowledge used for more informed programmes and policies to end violence against women. Given the early age of violence perpetration we found among some men, we need to start working with younger boys and girls than we have in the past. We also need laws and policies that clearly express that violence against women is never acceptable, as well as policies and programmes to protect children and end the cycles of violence that extend across many people’s lives.” 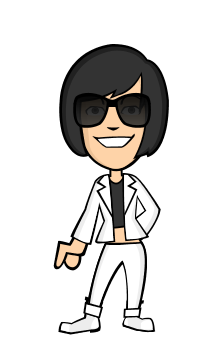 Mr. Shahid Hussain served the people and the state of Pakistan as a civil servant and retired in January 2012 after putting in 34 years of service during which he held various management positions-staff, command and instructional in the federal and provincial governments in Pakistan and abroad.Presently he is enjoying…