Don’t Get Sick This Season (Part 1) 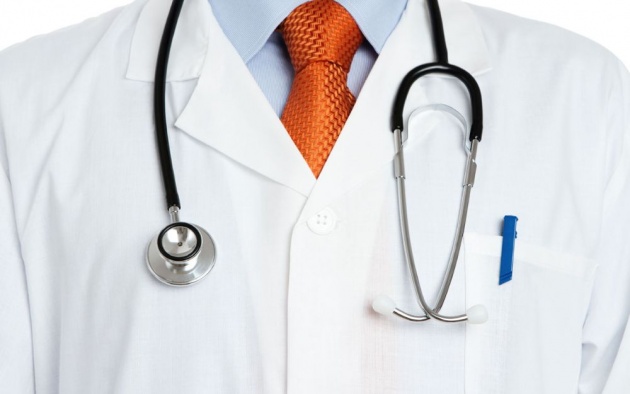 Your vitamin D levels may run on E in winter. That matters: D can spur your body to fight off colds. In fact, taking 10,000 IU of vitamin D3  a week may cut your risk of upper respiratory infection in half, say Canadian researchers.

2: Stop Touching Yourself:
Unless sterile surgical gloves are part of your winter wardrobe, keep your mitts off your mug. People who occasionally touch their eyes and nose are 41 percent more likely to develop frequent upper respiratory infections than hands-off folks, a 2013 study in the Journal  of Occupational Health found. And if you think hand sanitizer is the answer, we refer you to #17.

3: Say Hello to Yogurt:
Cold and flu viruses might have an Achilles’ heel: Greek yogurt. In a study published in Clinical Nutrition, people who consumed a specific strain of probiotics daily reduced their risk of catching one of these bugs by 27 percent. Aim to eat at least one serving a day of a Greek yogurt with live cultures, suggests Spencer Payne, M.D., an associate professor of rhinology at the University of Virginia School of Medicine.

4:  Refill Your Meditation:
We’d like you to contemplate perfect health. Researchers from the University of Wisconsin at Madi- son found that people who meditated took 76 percent fewer sick days than those who were not so zen. Meditating trains you to stay focused and calm, which helps alle- viate stress that can leave you vulnerable to infection. To get started, try the brief mindfulness sessions available for free at marc.ucla.edu.

5: Nail Your Tea Shot:
Skip the black coffee and brew some green tea. Its magic ingredient, a catechin called epigallocatechin gallate (EGCG), can damage influenza virus particles and stop them from entering your system, a German study reveals. The scientists believe this kick-ass catechin may also interfere with pneumonia-causing bacteria. Knock back as much green tea as you want, or take a daily EGCG supplement, say study authors Joerg Steinmann, M.D., and Eike Steinmann, Ph.D. Try the Now Foods 400-milligram tab- lets ($10, amazon.com).

6: Order a Shot:
The number one thing you can do to prevent the flu is get vaccinated,” says Bill Schaffner, M.D., a professor of preventive medicine at Vanderbilt University. Even if another strain infects you, the shot may reduce symptoms.

7: Train on Time:
Hit the gym before your jab. When you exercise prior to receiving a flu shot, the post exercise inflammation boosts your body’s immune response to the virus in the vaccine, according to a study review in Brain, Behavior, and Immunity. That translates to more powerful infection protection. How much sweat is enough? A British study found that people who performed 25 minutes of lifts targeting their biceps and deltoids were able to increase their immune response.

8: Start Nasal Maneuvers:
Freezing your butt off? Worry more about your nose. The cilia in your nasal and sinus cavities sweep away illness-causing pathogens, but the rate at which the cilia move is affected by temperature, says James Palmer, M.D., director of the division of rhinology at the University of Pennsylvania. “When cilia are warmed up, they beat a little faster, and when it’s cold they beat more slowly. So spending a lot of time in the cold may make it easier for you to get sick.” That is, unless you breathe through a scarf.

9: Boil Over:
Viruses that cause foodborne illnesses tend to loiter on produce. So to further slash your chance of sickness, try blanching your greens - kale, spinach, and chard, for example — in boiling water for two to three minutes. Then dunk them into ice water to stop the cooking. (Blanching can give your greens a different kind of flavor.) Heating to 212°F greatly reduces norovirus in spinach, a study in the Journal of Food Protection reports.

10: Break Your Dry Spell:
It isn’t enough just to keep your nose cozy — there’s a moisture mandate too. If your nasal passages are dried out, their natural antimicrobial properties will suffer, says Dr. Payne. “Try to keep the humidity level in your home between 30 and 50 percent.” When you’re at work, spritz your schnoz three or four times a day with a saline gel or spray like Ayr Saline Nasal Mist ($3, drugstore.com).

11: Refuse the Booze:
UMass Medical School research suggests that one binge-drinking session triggers a flood  of cytokines, proteins that can induce fever and increase inflammation. Any more than five drinks in two hours is a binge, the CDC says.

12: Sweat Out a Cold:
Moderate exercise is nothing to sneeze at. In fact, it can slash your risk of catching a cold by 27 percent, Korean researchers report. Working out switches on your immune response, possibly by sending a cascade of “natural killer cells” to hunt the rhinovirus. Already ill? Keep exercising, Dr. Schaffner advises. “Exercise stimulates the production of epinephrine, which constricts blood vessels in and around your mucous membranes and can relieve nasal discomfort.”

13: Teach Yourself to Fish:
Note that I said “moderate” exercise in #12: Strenuous workouts can leave you vulnerable to infection. But if you want to keep up the intensity, at least fill your plate with fish. A 2012 study in Brain, Behavior, and Immunity found that increasing your omega-3 intake can spur postexercise production of infection-fighting cells, which can help protect against certain infections. Tired of tuna melts? Top your pizza with anchovies.