DON'T LET IT DOWN

We all awe an apology to Pakistan. We let it down! Pakistan was meant for great things. Let’s find a way to rise up again and rebuild what we lost. This isn’t through protests and violence; it is through education, development, tolerance and unity that we will prosper. Talking here isn’t associates to any specific political party or bring adverse power who ruined the peace of motherland. Although Pakistan is going through crucial times and infinite hindrances are the way of Pakistan’s prosperity but we can play a substantial role in saving the contentment of Pakistan and be the backbone for our country. Political parties are always true in their social debates but who would be better for Pakistan is unpredictable so we cannot rely upon their promises and fake dreams that doesn’t reach on destination. We have to join hand and make a chain of unity to bring peace in this disturbed condition where every Pakistani is afraid about terrorism, unstable economy, outside negative powers, inflation and much more. Not only literate but illiterate folks can also play a substantial role because educated people keep education but uneducated people have experience. Here are some enlighten suggestions if we adopt them can eventually bring immeasurable positive consequences in Pakistan.

Pakistan’s population isn’t only consist of

Muslims as group of Non-Muslims are also

The important part of Pakistan. We should

Their moral values as well. Their rights and

Responsibilities are the liability for every

Pakistani. Don’t be an extremist as we are

Humans first. When their values are recognized

Things are good which are done in positive

Manners. Not only political parties are respo

-sible for the prosperity also the dwellers play

An important role in country establishment.

If you want a change in nationwide, you’ve to

Bring a change in yourself first. Make a habit to do

Positive chores which can bright the future of upcoming

These are some primary responsibilities which should be met to make our Pakistan better each day. This is a time to throw away our caste system and join hands to show the world that we’re Pakistani’s. Allah has blessed our land with every precious thing but need to recognize them and make their value. When everyone will humbly say ‘Don’t Let It Down’ there will be a time of rise up, peace! 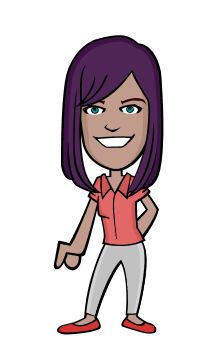 How to Cope With The Effects of Inflation

The Basics of Investing: First Lesson - What is Money Investing?

The Basics of Investing: First Lesson - What is Money Investing? Photo credit: Amber255 via Bitlande…

What everyone should know about Inflation .

Here is some plain talk about how inflation works and how to protect yourself against it. Why is it …

The essence of Responsible Blogging