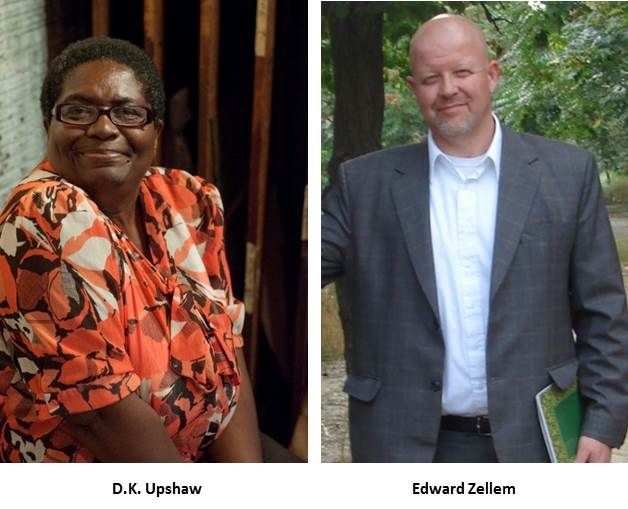 MEDIA RELEASE:  "If it's Saturday, it's AFGHANISTOONS!"

If you've missed the first 15 weeks of AFGHANISTOONS, it's not too late for you to catch up.

AFGHANISTOONS is now famous as the world's #1 multilingual cartoon series of Afghan Proverbs. The cartoons have become a new and very popular trend for fans of Edward Zellem's award-winning collection of Afghan Proverbs books, now available in 15 languages.

A new bilingual AFGHANISTOON is published every Saturday, alternating each week between English-Dari and English-Pashto. The proverbs are chosen individually by cartoonist D.K. Upshaw from Edward Zellem's books Zarbul Masalha: 151 Afghan Dari Proverbs and Mataluna: 151 Afghan Pashto Proverbs.  Upshaw is well-known as "The Ladytooner" of East Chicago, where she creates several popular weekly cartoon series in addition to AFGHANISTOONS. 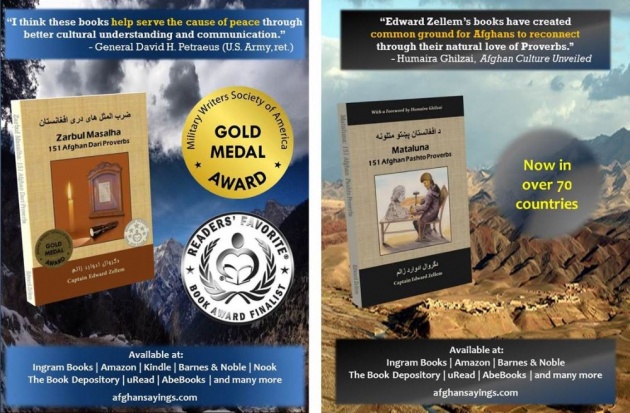 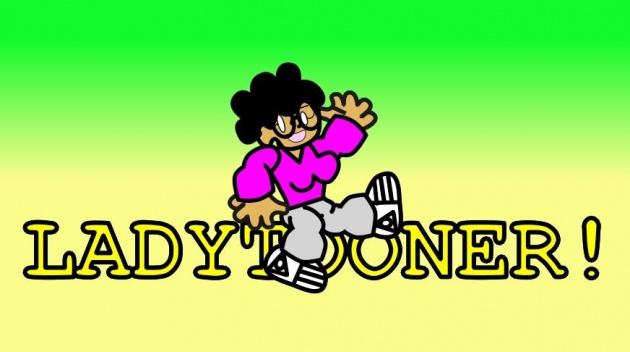 AFGHANISTOONS are very easy to find, anywhere in the world.  They are published online each week in three ways:

Don't miss any more AFGHANISTOONS!  Here are two classics from past weeks.... 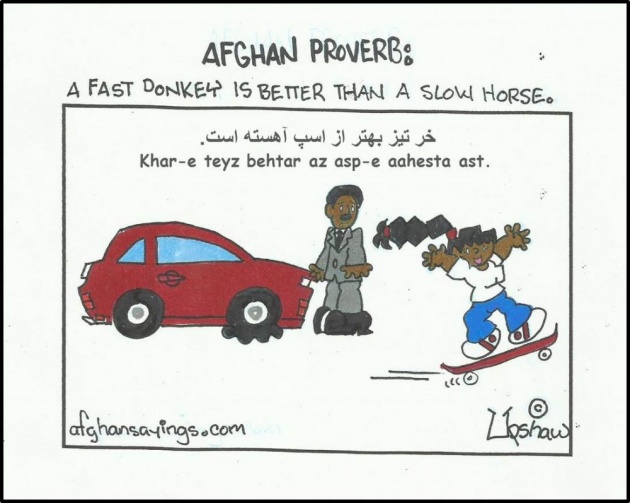 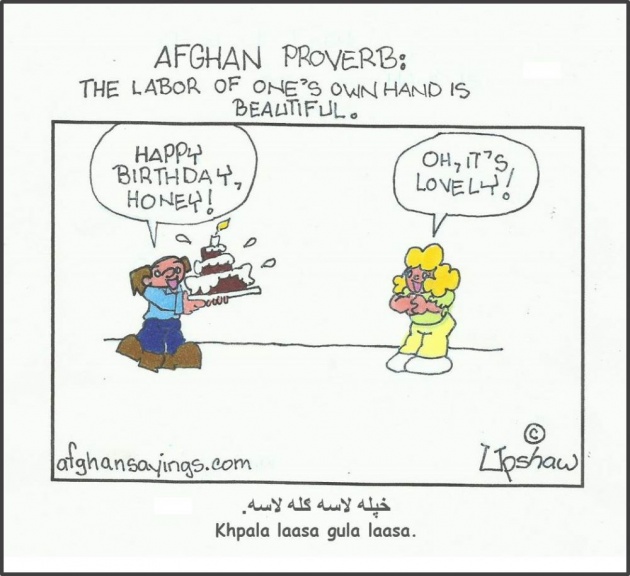 Be the first to impress your friends with a bilingual Afghan Proverbs cartoon!