Doppelganger: Your Twin From Another Dimension

Hello everyone! How’s your Halloween this year? I hope it went good especially to my Filipino friends since it has been rainy these past few days. It's still actually raining today and I am quite resisting the urge of taking a nap as I am writing this blog. Fighting the tempting bed weather guys! I can do this!

Well, for my family, we were not able to celebrate nor visit the cemetery because of a lot of things going on. We had to deal with our little business last November 1st while taking care of a sick relative at the same time. My mom also have cough right now. I wish everything will be okay soon.

Halloween passed by just like another regular day for me. So let me celebrate it through writing a blog. Is it okay?

(image source: americas-most-haunted)
A lady and her reflection in the mirror.

They say, no one is ever like you in this world. You are unique. You are you. Of course, with a population of 7.6 billion people on earth, it is inevitable that someone out there looks similar as you. Lucky if you have already met that person and it must feel very amazing to have someone you can call your "twin." However, what if you met someone who acts and looks really exactly like you or someone you know?

Ever heard of a doppelganger?

What is a Doppelganger?

(I couldn't help compare them to a "shadow clone" from the anime Naruto. If you don't know this show then click the link.)

The unexpected twin mostly cause confusion because they appear very real and as normal-looking as their living twin. They are harmless but are believed to bring bad omen especially when a person sees his own doppelganger. Hence, a doppelganger is also called an evil twin.

Although they appear like a real human being, they don't materialize in flesh. According to the case of Emilie Sagee, one of her students dared to touch Emilie's apparation. Her hand pass through the apparition but felt like touching a thick cobwebs.

I was propelled to write a blog about doppelgangers because of an encounter I had experienced personally. Plus, a blog about a paranormal phenomena wouldn't be complete without a proof of its existence. There are indeed lots of doppelganger stories involving reputable people in our society like U.S. President Abraham Lincoln, Catherine The Great, Queen Elizabeth I, etc. Another notable story was of Emilie Sagee. However, we won't be speaking about their stories today, but mine. 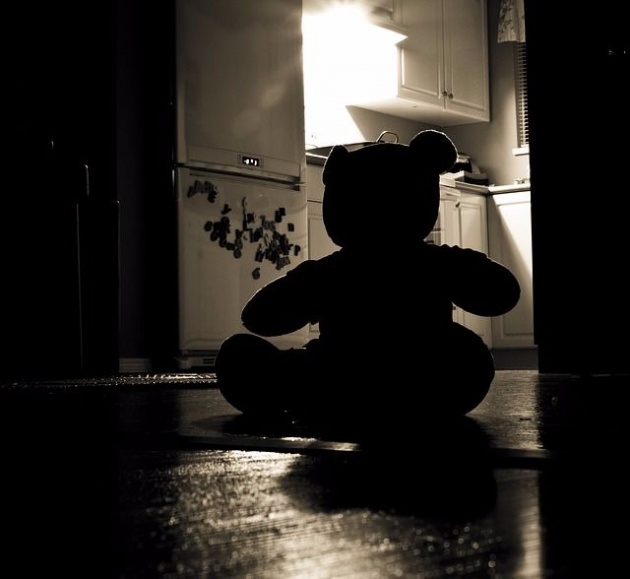 (image source: thisguyhere via pixabay)
They say monsters come out at night.

I was in third grade back then when I had encountered my sister's doppelganger. My sister, brother and I stay in one room back then. I sleep with my sister on one bed (me nearest the wall) while my brother has his own. During those days my sister found a way to scare me by staring at me while staying still. She has huge eyes that are seemingly popping out (Lol) and it looks frightening when she stares at me without moving and uttering a word. Maybe it wasn't that scary but for my younger self, it definitely was. We don't close the door to our room, thus, leaning by the doorframe was her favorite spot to do her prank. 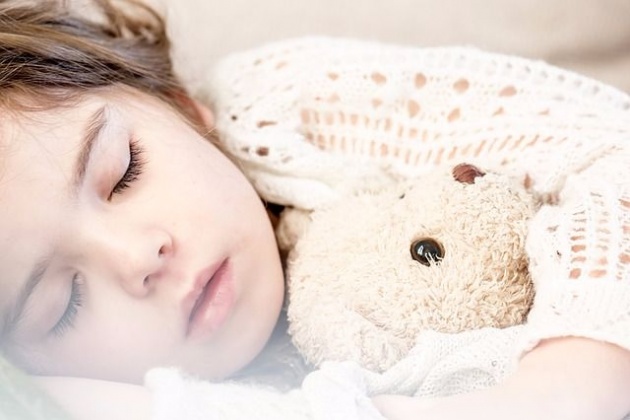 (image source: smengelsrud via pixabay)
They haunt you when you least expect them.

One night, I dreamed of a manananggal (A Filipino mythical creature who feeds on humans.) In my dream, I was leaning on a wall in our backyard until I sensed something eerie. I immediately ran away from the wall and turned to see what it was. Alas! A manananggal appeared behind the wall.

The dream was cut off as I was awaken. The creepy dream had really freaked me out that my body jolted into sitting position causing my forehead to bump to the bedroom's wall. I stayed still in my sitting position, rubbed my forehead with my hand to ease the pain while I was still catching my breath and relaxing my fast beating heart. While continuing to rub my forehead, a figure at the doorframe caught the corner of my eyes. I looked to the direction of the door and saw my "sister" leaning against the doorframe staring at me.

I sighed in my mind when I saw her staring at me. I was already actually tired of my sister's creepy staring game and I thought she must've love it so much that she was still on it even at the wee hours of the morning. And so I stared back at her eye to eye trying to tell her to stop it already and just go to sleep. After a few seconds of staring at each other, I finally broke the eye contact and look down to my side. To my surprise, I found my sister sleeping peacefully beside me!

I literally stopped for a moment then looked back and forth between my sleeping sister and my "sister" standing on the door. I was confused but already starting to realize what is going on. I am encountering something paranormal. I began to panic and my instinct told me that the real one was the one sleeping on my side. So I tried to wake her up by tapping her side but for Pete's sake, she won't! Mustering all my courage, I looked back again to the door's direction. She's still there! And she hadn't moved an inch since I saw her. Her hands were still clasped together in front while leaning to her side and I noticed that they were both wearing the same shirt and shorts. Trying to stare back again to her face, I noticed that she was half smiling! This was the time I decided that this is it. 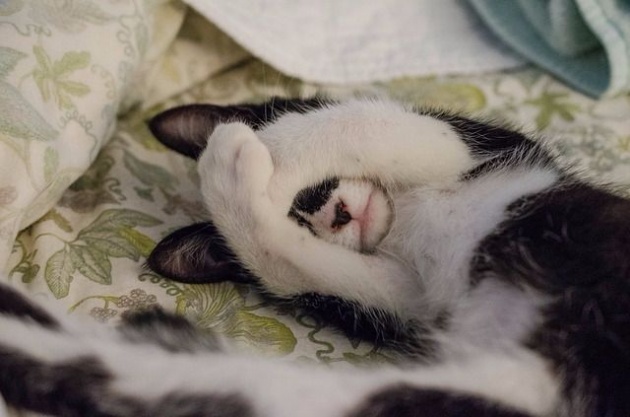 (image source: StockSnap via pixabay)
Literaly feeling like this little kitten that moment.

A surge of heat suddenly covered my body and felt every hair in my body standing. I immediately grabbed my blanket and hid my whole body under. My heart was beating really fast and my body uncontrollably shaking. I held my blanket tight and prayed, hoping to drive away what I just saw. The next thing drove me crazy as I heard footsteps on our linoleum covered floor. I didn't dare to peek from my blanket and just stayed that way until I heard my mother woke up.

Everyone at home won't fully believe me when I told them what I saw. They said it was just my imagination after bumping my forehead on the wall. But was it really because of that? I was able to look at it back and forth and stare at it for quite a long time. Can you consider it to be just a product of imagination? I don't think so. 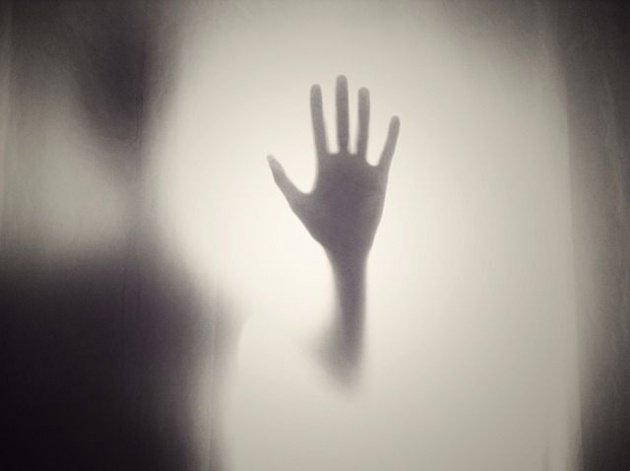 (image source: Free-Photos via pixabay)
What do doppelgangers really want with us?

Another belief people say is to burn or bury the clothes the doppelganger has imitated. It shouldn’t be worn ever again by the person being copied, else, something bad might happen..

I don’t know if the belief about the clothes is real. I remember my sister still wore those clothes a couple of times more after the incident. It’s been over a decade now since it happened and thank goodness no misfortune has ever occurred.

Science Says, It's All in the Brain 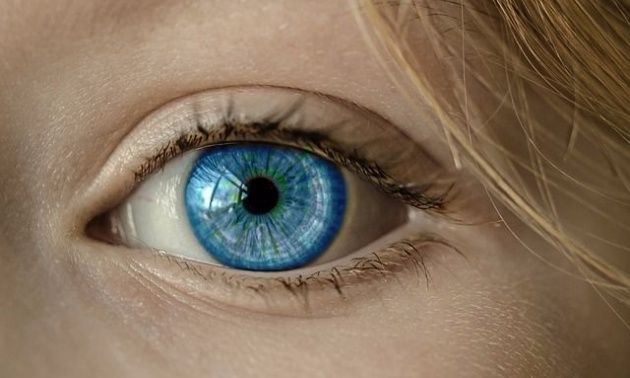 (image source: cocoparisienne via pixabay)
Is your brain fooling you?

While people consider doppelgangers to be supernatural beings that copy a person's appearance and actions, people in the medical field believe otherwise.

They say, the case of seeing your own self at a certain distance is the cause of a glitch in the brain. The irregularity in the brain makes a person hallucinate and see his ownself from afar. This case is called Heautoscopy and is believed to be a symptom for schizophrenia and epilepsy. 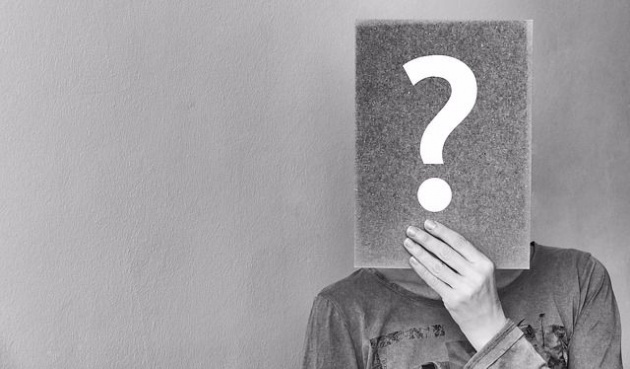 (image source: Anemone123 via pixabay)
Is Science 100% correct all the time?

Really? If this is just about a hallucination of seeing "yourself" then why did I saw my sister's doppelganger instead of mine? And how can science explain the case Emilie Sagee where the whole class saw her doppelganger? So does this mean all the students in her class were hallucinating and has heautoscopy? I don't believe so. The case of heautoscopy might be real but so are doppelgangers. I think these two are different things but are mistaken to be the same. What do you think?

A Twin From the Other Side

(image source: esoterx)
We can't see them but they are here.

A glitch in the brain or a sinister ghost twin, if you have experienced it first hand, you would surely be convinced that it is a supernatural entity. Here at home, my case isn't the only one. My mom who have just arrived home saw our father at the garage walking towards the backyard as if he had not seen her. When she reached inside the house, she got mad at my father for not opening the gate for her. My father then said he didn't went out and was just sitting watching the television the whole time.

Another encounter was of my sister's when she was still young. As she was going out of the room to go out of the house, she met our maid carrying the clean clothes while going inside her room. When my sister reached the outside, she saw our maid still removing clothes from the clothesline. My sister asked the maid if she went inside her room but the maid said she didn't.

If you haven't experienced seeing one yet, here's a video I found which I think gives the same feeling of seeing one.

(video source: EMM DATU | Productions via Youtube)
What would you do if you see your own doppelganger?

Unless science can explain all these things, especially those doppelgangers who appear on different places and interact with people, I would take the side of the supernatural belief. No one knows exactly what they are. They can be your own spirit materializing into our world, a copycat ghost, or worst, a demon. Nevertheless, there is one thing I am very sure of. Nobody would be glad to meet his own or others' paranormal twin.

In the meantime, we all know supernatural incidents usually occur at night so here's a fun survey about nightlife. Take time and participate on this Querlo chat.