Good day everyone. I haven't write  any blogs this pass few weeks because of holiday season and tons of school works. After my Holiday vacation, here I am again in my dormitory with my classmates and friends. So my blog this time is about the different struggles or problems that a student may encounter if he or she lives in a dormitory that is far away from her family. 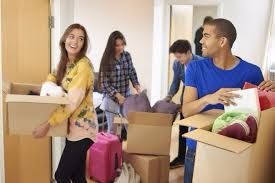 Just to inform you guys, I lived in a dorm for the pass four years hundred miles away from my family. It was very hard for me at first because I was too young at that time and I don't even know how to live a day without my mother beside me. But as years passed I've learned how to be independent and live on my own. I also learned how to solve major problems without my parents help. I can say that I became more stronger and much wiser now than before. I've listed five problems that I encountered in the past four years that I know if you have live or living in a dormitory you probably already encountered this and if you're planning to live in a dormitory better get yourself ready to this problems.

Merriam Webster Dictionary simplify the meaning of Homesickness as:

The feeling of being sad because you are away from your home and family.

As we all know HOMESICKNESS is common to anyone who is living away from thier family. In my own experience, I spent the whole two nights crying in my bed and I probably wasted four or five rolls of tissue paper. Pathetic isn't it? For others it may sound childish but if you're the youngest in your family or very dependent to your family the first thing that you would feel after being away from them is being helpless and alone. Being alone in a place as a newbie with no friends at all is quite hard specially if you're from a province and going to study in a city. Homesickness sounds as if it's not really a big deal but believe me, there are some students who decided not to continue thier studies or transfer to a school near to thier families because of this problem.

As time goes by, homesickness feeling fades away specially when you found new friends and became busy to your school projects and assignments.

Yep! The picture above is true. In our busy schedules it's really hard for us to cook a decent meal for lunch or dinner. With lots of Assignments, projects, exams, and presentations to finished, hanging out with friends and of course spending five to six hours in social media or gaming. Do you think we still have time to cook? Aside from the fact that most of us or maybe some of us only mastered one recipe which is fried egg. So the only food that is very much suited in our busy schedules and in some cases small allowance are instant foods such as noodles, canned goods, cafeteria foods, junkfoods and bread. So i have one message to those college students who are living with thier moms. "Be thankful okay?" You're very blessed!

Did you ever experience when you are very sleepy and tired already but your roommate is in her phone talking to her boyfriend in the middle of the night, giggling and laughing while your are struggling to sleep but you just cant because she is so noisy? Or a situation where you have an incoming major exam but you can't focused in reviewing because of your roommates loud music. It's irritating isn't it? How much much more if you wakeup in the morning with a sink full of dirty dishes and your room full of dress and school stuffs everywhere. That was so frustrating!

Some students are not that organize when it comes to thier personal things, while some are not that aware that they're not the only one who lived in the dormitory. This problem often leads to a more complicated problems.

Based on Wikipedia PERSONALITY CLASH occurs when:

Two (or more) persons find themselves in conflict not over a particular issue, but due to a fundamental incompatibility of thier personalities, thier approaches to things, thier style of life.

Well, personality clash often happens in the work place or school, but this problems also occur in dormitory. You and your roommates are not raised with the same person and living with a person who has a character and personality that very much opposite to yours is not that easy. Different personality, customs, beliefs and ideas sometimes can lead to a more serious problem such as misunderstanding and so on.  This problem is such a big headache sometimes specially if you're not that good in socializing to other people or if you're not that friendly. But based on my experience, if you don't want to encounter this problem just train yourself to respect other peoples belief and ideas.

Living alone means you are the one who is in charge in budgeting your weekly or monthly allowance. This could be a big problem to those students who are not responsible with thier own money. If you're living alone you should know how to manage your expenses wisely. In my own experience, in the first month of living in a dormitory, my allowance for a month doesn't even last in two weeks. I don't even have any idea where did that money go. One of the ways to save your money is to buy only the things that you needed and make sure to save a money first before spending it. Finding a part time job also can be helpful but just make sure that it cannot affect your performance in school. 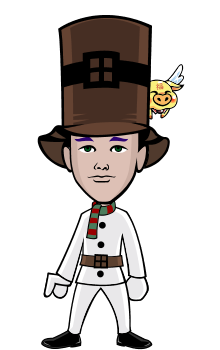 I love doing what I love to do. Im still a student and I love exploring new things and learning new fields.

How To Plan Your College Expense Needs For Next Year?

How To Plan Your College Expense Needs For Next Year? If we try figuring out the college expense of …

A reality check for all young people

If only, there was a shortcut to becoming successful. but the reality of the world is that there isn…

The last day of my college and student life

which era is the best

When I decided to write something, I started thinking that what should be written. At the end I deci…