Arsenal will have to play catch-up in the Champions League after kicking off the group stage with a defeat in Dortmund.

Ciro Immobile scored the opening goal on the stroke of half-time, running from deep to plant a shot beyond Wojciech Szczesny.

The timing was sickening for Arsenal, who had weathered an almighty Dortmund storm in a difficult first half before going close themselves through Danny Welbeck.

A second goal, set up by Immobile and scored by Pierre-Emerick Aubameyang three minutes into the second half, dealt another body blow from which the Gunners couldn't recover.

They plugged away but created little of note against a belligerent Dortmund side, who tested Szczesny a number of times and hit the crossbar through Aubameyang.

As Arsène Wenger said before the match, the 2013 finalists are serious contenders for this season's Champions League.

Whether Arsenal are will depend on their response to this setback. But with their toughest Group D fixture out of the way and 15 points to play for, there is a very long way to go.

A chance to bounce back in Europe is just around the corner; Galatasaray visit Emirates Stadium on October 1. For now, the focus turns back to the Premier League and Saturday's trip to Aston Villa.

Hector Bellerin's inclusion was the big news before kick-off. The 19-year-old Spaniard - two months younger than Calum Chambers - was handed his Champions League debut with Mathieu Debuchy sidelined and Chambers himself laid low by tonsillitis.

Bellerin's first-team experience before tonight was a substitute appearance in the Carling Cup at West Bromwich Albion last September, but an encouraging display against Benfica in the Emirates Cup in pre-season suggested he was ready to step up.

There were two other changes to the Arsenal side that lined up against Manchester City at the weekend. Kieran Gibbs stepped in for the injured Nacho Monreal and the captain was back too, Mikel Arteta replacing Mathieu Flamini, who has a slight thigh problem.

Dortmund had notable absentees too - Marco Reus, Ilkay Gundogan, Jakub Blaszczykowski and Mats Hummels among them - but their coach Jurgen Klopp had nonetheless promised an "aggressive" approach in this Group D opener.

These teams are no strangers - they met in two of the last three group stages too - and Arsenal were looking to emulate their smash-and-grab triumph from last season, when Aaron Ramsey's header secured a memorable 1-0 win in front of Dortmund's fabled Yellow Wall.

As ever, those full-on Dortmund fans put on a show before kick-off, waving enormous flags and belting out 'You'll Never Walk Alone' in front of a noisy - if considerably smaller - contingent of travelling Arsenal fans.

Arsenal, in their new blue cup kit, were penned back inside their own half as Dortmund harried and hustled and forced errors. Indeed, the game was four minutes old before the visitors could string a few passes together.

There was a scare in the fifth minute when Arteta's slip let in Aubameyang on the right. He found Henrikh Mkhitaryan, who cut inside Arteta and tumbled to the ground. To Arsenal's relief, the referee booked Mkhitaryan for simulation instead of pointing to the spot.

Although the ferocity of Dortmund's attacks diminished, the visitors struggled to stem the yellow tide.

With Reus out, Mkhitaryan was pulling the strings for Dortmund, finding pockets of space either side of the deep-lying Arteta. And he squandered a golden chance just before the half-hour.

Szczesny had just made a point-blank stop to deny Aubameyang converting Kevin Grosskreutz's low cross when an innocuous ball over the top caught Arsenal napping.

Immobile - defying his surname - latched onto it. A combination of Szczesny and Laurent Koscielny blocked his cross and Jack Wilshere's sliding challenge did just enough to distract Mkhitaryan as he lofted the rebound over the bar.

Arsenal were living dangerously now and, bar a barnstorming run and cross from Gibbs, they were pushed back. Aubameyang found the side-netting and Grosskreutz found the safe hands of Szczesny as shots rained in on the visitors' goal.

Welbeck had a clear sight of goal as the interval approached but shot wide after being put through by Ramsey's reverse pass. And that miss was compounded when Immobile powered through the middle to beat Szczesny with the final kick of the half.

Arsenal were dealt another huge blow just three minutes after the restart.

Once again Immobile was at the heart of a piercing Dortmund attack, collecting a pass from Aubameyang and lofting the ball back into his team-mate's pass. The striker evaded the onrushing Szczesny with his first touch and then bundled a shot past Koscielny on the line.

It almost went from bad to worse as the Gunners tried to regroup. Yet again Immobile threatened, flashing in a shot that Szczesny did well to tip over the crossbar.

Arsenal's most promising situation in that difficult spell came when Gibbs got to the byline for the second time in the match and almost picked out Welbeck's run to the near post.

But Dortmund's threat would not dim and within seconds Aubameyang raced through on Szczesny's goal, his fierce drive clipping the crossbar on its way into the Yellow Wall.

But the better chances still fell to Dortmund. A mix-up between Arteta and Koscielny gifted Mkhitaryan a one-on-one with Szczesny, but he wasted it.

Welbeck had a sight of goal as the game entered its final 15 minutes but shot wide under pressure. And once again Dortmund responded with a clearer opening, Mkhitaryan racing through only to be thwarted by a last-ditch challenge from Oxlade-Chamberlain. 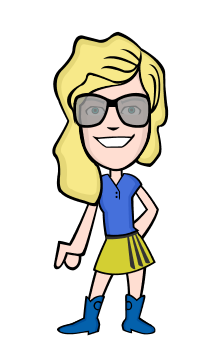 For the past few years Arsenal has lost its form and playing average football. Arsene Wenger who is …