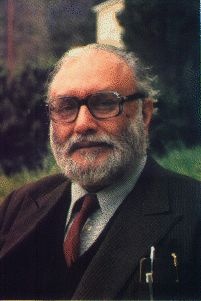 Abdus Salam was born in Jhang, a small town in what is now Pakistan, in 1926. His father was an official in the Department of Education in a poor farming district. His family has a long tradition of piety and learning.

When he cycled home from Lahore, at the age of 14, after gaining the highest marks ever recorded for the Matriculation Examination at the University of the Punjab, the whole town turned out to welcome him. He won a scholarship to Government College, University of the Punjab, and took his MA in 1946. In the same year he was awarded a scholarship to St. John's College, Cambridge, where he took a BA (honours) with a double First in mathematics and physics in 1949. In 1950 he received the Smith's Prize from Cambridge University for the most outstanding pre-doctoral contribution to physics. He also obtained a PhD in theoretical physics at Cambridge; his thesis, published in 1951, contained fundamental work in quantum electrodynamics which had already gained him an international reputation.

Salam returned to Pakistan in 1951 to teach mathematics at Government College, Lahore, and in 1952 became head of the Mathematics Department of the Punjab University. He had come back with the intention of founding a school of research, but it soon became clear that this was impossible. To pursue a career of research in theoretical physics he had no alternative at that time but to leave his own country and work abroad. Many years later he succeeded in finding a way to solve the heartbreaking dilemma faced by many young and gifted theoretical physicists from developing countries. At the ICTP, Trieste, which he created, he instituted the famous "Associateships" which allowed deserving young physicists to spend their vacations there in an invigorating atmosphere, in close touch with their peers in research and with the leaders in their own field, losing their sense of isolation and returning to their own country for nine months of the academic year refreshed and recharged.

In 1954 Salam left his native country for a lectureship at Cambridge, and since then has visited Pakistan as adviser on science policy. His work for Pakistan has, however, been far-reaching and influential. He was a member of the Pakistan Atomic Energy Commission, a member of the Scientific Commission of Pakistan and was Chief Scientific Adviser to the President from 1961 to 1974.

Since 1957 he has been Professor of Theoretical Physics at Imperial College, London, and since 1964 has combined this position with that of Director of the ICTP, Trieste.

For more than forty years he has been a prolific researcher in theoretical elementary particle physics. He has either pioneered or been associated with all the important developments in this field, maintaining a constant and fertile flow of brilliant ideas. For the past thirty years he has used his academic reputation to add weight to his active and influential participation in international scientific affairs. He has served on a number of United Nations committees concerned with the advancement of science and technology in developing countries.

To accommodate the astonishing volume of activity that he undertakes, Professor Salam cuts out such inessentials as holidays, parties and entertainments. Faced with such an example, the staff of the Centre find it very difficult to complain that they are overworked.

He has a way of keeping his administrative staff at the ICTP fully alive to the real aim of the Centre - the fostering through training and research of the advancement of theoretical physics, with special regard to the needs of developing countries. Inspired by their personal regard for him and encouraged by the fact that he works harder than any of them, the staff cheerfully submit to working conditions that would be unthinkable here at the (International Atomic Energy Agency in Vienna (IAEA). The money he received from the Atoms for Peace Medal and Award he spent on setting up a fund for young Pakistani physicists to visit the ICTP. He uses his share of the Nobel Prize entirely for the benefit of physicists from developing countries and does not spend a penny of it on himself or his family.

Abdus Salam is known to be a devout Muslim, whose religion does not occupy a separate compartment of his life; it is inseparable from his work and family life. He once wrote: "The Holy Quran enjoins us to reflect on the verities of Allah's created laws of nature; however, that our generation has been privileged to glimpse a part of His design is a bounty and a grace for which I render thanks with a humble heart." 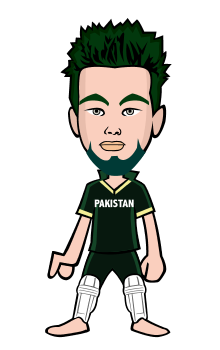 I am a student of computer science and Islam. My passion is in programming,web development and traveling. I feel great in helping others.