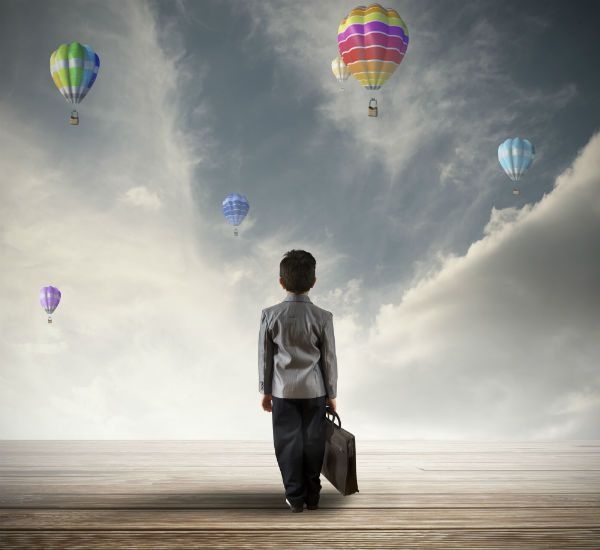 Dreaming is one of the most mysterious and interesting experiences in our lives. In addition, it is well known that many artists and creative people have received their ideas through their dreams.

2. blind also dream.
People who lost their sight after birth can see images in their dreams. People born without sight do not see images, but have dreams equally where their other senses are involved with sounds, smells or emotions.

4. Not everyone dreams in color.
12% of people dream exclusively in black and white. Studies done between 1915 and 1950 said that most people dream in black and white. From 1960 there was a change and people began to dream in color. Some research suggests that this change may be linked to the change that occurred in the television going from black to white and color.

6. The animals also dream.
Studies in animals show different they all have the same brain waves that humans at the time of dreaming. Watch a dog sleeping and sometimes move his legs as if he were running and make some sound as if chasing something in his sleep

7.La reality is integrated in dreams.
Our mind interprets the external stimuli and is part of our dreams. This means that sometimes, we hear a sound and incorporate it immediately to our dreams. For example, you can dream you're at a concert when your little brother is playing the guitar.

8. Dreams of the future.
Results of several studies made large numbers of people indicate that between 18% and 38% have experienced at least a dream of something that happened to them in the future and 70% have dreamed a déjà vu.

9. You can not read or tell the time while you dream.
If you're not sure if you're dreaming or not, try to read something. The vast majority of people are unable to read or tell the time on a clock in a dream. This usually is reported by lucid dreamers because a dream not forget constantly developed, so it is difficult to know if you really have read in sleep or simply forgot what was read.

10. Salvador Dalí woke up when falling asleep.
In art, surrealism is often associated with the representation of dreams, and being Salvador Dalí's most famous exponent of this movement, it is easy to deduce that his dreams were a great influence for his paintings.