Dressed up as a Judo Master for NY Judo Open 2017

Querlo supports the 2017 New York Open Judo championship competition as its major sponsor! The event commences on March 26, 2017 at the New York Athletic Club. BitLanders provided free Judo costumes for its users as a way of celebrating the goodness of this specific sport and to also become a medium of educating its users about the advantages of the sport.

Here's a chat survey made possible through the use of the world's best survey tool, Querlo, the chat bot survey with a human touch.

Previously, I had posted a blog which dealt with the importance of the sport Judo. It tackled about why Judo plays an important spot within bitLanders and how its Founder and CEO, Francesco Rulli loves the sport to the extent of sharing his time and effort in spending hours to teach and educate the younger generation about Judo and its positive effects to their lives as well as instilling the moral values of the sport. To check more about the blog article I published, please click on the link below :

Judo and Its Importance

In this new blog, I would like to share on some good information about the costumes or outfits which bitLanders had prepared for the users. These costumes are all given for free so it would be best for each user would take advantage of it and change their costumes. I have added the pink one on my avatar pack and change immediately when the item was available.

But, let's now deal with the different costumes that are being used and worn by any Judo player. Whenever I see photos and videos of martial arts athletes, I notice them always wearing this robe like costume. I then researched in what these costumes are so I have this obliged feeling to also share what I have researched.

Here are to things which are essential to every Judo athlete from head to toe. It would be better to start from the head going down. Actually, Judo competitors or players wear a distinct uniform known as Judogi during training and competition. There are three major uniform used in Judo, in fact this is only the body as there are no head and feet accessories but only for the body thus there are three parts:

Underneath the main outfit are supporting shirt, others also wear leotard which should be white or off-white in color. This is normally worn by women participants. Usually, the men don't wear these. 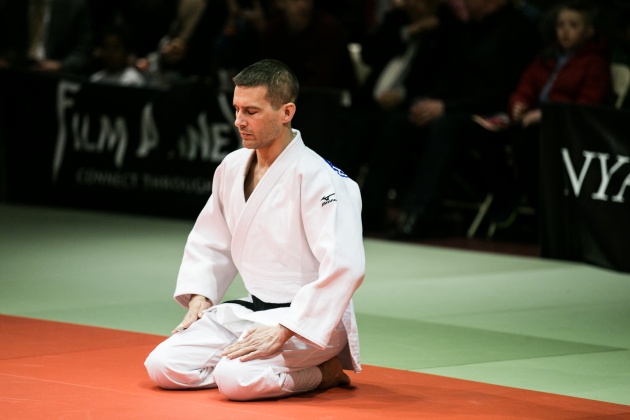 There are different terms to it, it may sometimes be called Tunic too and it is actually a Kimono as the other left side is folded over the right side, like those of Japanese traditional costumes.

Another one used to wear under the pants. Since this is not seen from the outside, the player can use anything they would like. 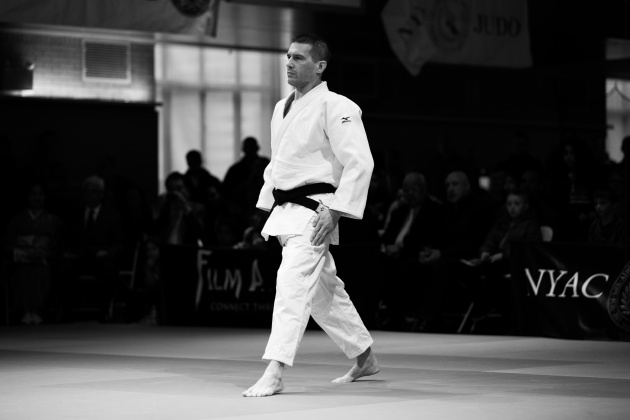 The lower uniform is called Jubon and it is long enough to cover the entire legs. The colors are either White or Blue, it is actually the first competitor that wears blue and the second one to be white.

Obi, is worn in the waist of each player. The color corresponds to the player's Judo rank. The first to fifth degree wears color black, red and white for the sixth to the eight rank or "dan" as how they refer it. A black belt may also be used by those with ranks of 6th Dan or higher. Although those with ranks below the "Dan" class normally wear a white belt (in women's Judo, belt colors other than white belts have a 1-centimeter wide white line in their center), regulations stipulate a brown belt for 1st to 3rd Kyu (grade), and a purple belt for juniors ranked from 1st to 3rd Kyu.

How to Wear the Judogi

The International Judo Federation has also set up the proper way of wearing it and so to anyone who is engaged in this sport, they are being trained to respect the Judogi and wear it properly, this is a way of respecting the sport and showing the professionalism of the player.

This animation is made by me but the images are credited to Judo-ch.jp via Gifs.com

2. The Kimono should have the left side folded over to the right side, the fold should be no less than 20 centimeters below the rib cage of the athlete and the sleeves should extend to at least five centimeters above the wrists and can't extend beyond the wrist.

3. The belt has its own way of wearing, unlike normal belts, the Judo belt is actually unique without any holes or pins to it. It's made of a special cloth. It is tied in a square knot by placing the left side over and under the right side and then placing the right side over and under the left side. Then pull the knot tight. The belt should be the color that corresponds to your judo rank.

With these instructions and the research I had found on the web, I have a deeper understanding now on how these Judo players are really respectful to the sport. It is not just throwing over the outfit into the body but there's a proper and regulated way of doing so. I believe this indeed gives the players, even the children a training ground of respecting the things that compose the sport.

In this way, each member will develop a respectful act towards anything that he or she participates in, not just Judo but to the rest.

And this blog is intended for the free avatar dresses offered by Micky-the-Slanted-Salerno. Who doesn't like free outfits?

Two weeks ago, Micky had shared that he has just prepared some Judo suits for both male and female avatars. I really love free ones, I am a free sucker and I immediately got changed and selected the pink Judo suit! It was indeed cute but I had thought of changing my outfits for the next weeks.

If you are thinking as to why these are given for free, well this is because Querlo is the number one sponsor of the said event, New York Open Judo Championship. These items are available until March 31 so better get your own too! Here's the article shared by Micky:

Dress up your avatar for the 2017 NY Open Judo Championship, and Blog to earn higher rewards!

Because Judo is more than a sport or a martial art. The principals and lessons of judo are applicable and interchangeable to our daily lives. In short, Judo teaches discipline, respect, the value of commitment, how to loose, how to win, how to live a healthy lifestyle, self defense, safety, how to conquer fear, humility, the thrill of victory, "you reap what you sow".

I just want to share that Judo enthusiasts are also trained on the proper way of folding their uniforms. Here's a specific GIF image on how to do so. This is a bonus information though.

This animation is made by me but the images are credited to Judo-ch.jp via gifs.com