Dual Core VS Quad Core VS Octa Core: Whats does it mean for you?

MediaTek introduced its true octa core processor based on Cortex A7 cores last year and it triggered a debate if the world really needs octa core computing on smartphones. Qualcomm was quick to issue a counter attack which explained that what people need is “better cores” rather than “More cores”.

The MT76592 SoC has been around for some time now and it’s a known fact that the cortex A7 based SoC, though being a powerful performer still falls behind advanced Cortex A15 based Krait core powered Qualcomm flagships like Snapdragon 800 and Snapdragon 801. 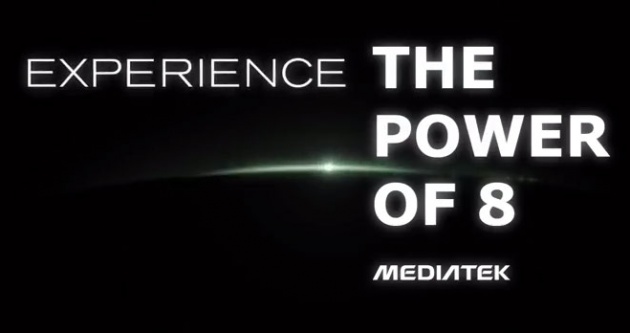 Does doubling the amount of cores doubles the performance?

The common perception is, that if you have 4 cores they can divide the task at hand into 4 parts and complete it faster. So if you double the cores to 8, your task will be further divided in to 8 and you will get a vast boost in performance. In practical scenario, it’s not that simple.

All cores have to share same memory interface, which gets crowded with more cores on the chip and also the same battery. All other resources remain same and besides, the software or the App you are processing might not be written to distribute tasks efficiently to four cores, and is a major bottleneck in performance.

Our smartphones now perform lot more than basic computing. They come equipped with loads of sensors which consistently gather data which needs to be processed. All these tasks can be divided among cores for increased performance but since all other resources remain same, you can not expect the performance to vary in direct proportions.

The software can play the major bottleneck in performance output. Windows phone performs better on low end hardware compared to Android according to our practical experience. iPhone also manages to give butter smooth performance with limited amount of RAM and Dual core.

The Android ecosystem on the other hand is a wide spectrum in itself. Most Apps we run in day to day use will tax maximum 1 to 2 cores in spite of any number of cores you might have in your smartphone. so while using these Apps you will see upgrade in performance when the operating frequency of cores is increased, say from 1.2 GHz to 1.7 GHz or 2.0 GHz. But more cores will not make a difference to these apps. Gameloft has coded a few games to utilize the full power of 8 cores from MT6592 octa core processor and has demonstrated the difference. Modern Combat 5 was the first game to be optimized for octa core performance and Gameloft has been successful in incorporating many more cool effects and much better gameplay.

Every time a processor with more cores is announced people fear increase in platform power consumption, but that is rarely the case. Having tested Canvas Knight A350, we must admit it has almost similar battery performance as compared to last generations MT6589 series devices with similar battery backup. More tasks are devided among more cores and each core doesn’t have to run on its maximum clock frequency. More frequency means more voltage and since there is a quadratic relationship between voltage and power consumed, increased frequency does tax your battery harshly. Overall, both MediaTek and Qualcomm seem to be handling this part rather well so you don’t have to worry about octa cores being excessively harsh on your battery, The Full HD displays are a bigger threat.

How Moto X gets along with 2 cores?

Motorola is a company which is striving to change the common perception regarding Android hardware, with its dual core approach in its flagship Moto X. It is also the only OEM to provide dual core chipset in its flagship (Moto X) and a quad core in its budget Android (Moto G).

So how Moto X manages high end performance with its Snapdragon S4 Pro MSM8960Pro dual core SoC? According to research conducted by AnandTech,the reason is that the Moto X SoC manages to run both cores clocked at full 1.7 GHz frequency consistently unlike other phones which show frequency oscillating in a range of frequencies touching the maximum value rather rarely.

This approach means Moto X cores will consume more power with its two cores. But since Moto X’s claims of 24 hours battery backup with Touchless controls and active display turned on have been verified globally, it won’t be any concern.

So to sum it all up, do we need 8 cores in today’s smartphones? Yes and No. In case you are a heavy gamer, with a strict budget to adhere to, you can buy one for future proofing. Samsung might also introduce its true octa core Exynos 5422 processor soon and as Octa core becomes more and more penetrated in Markets, more developers will write codes optimized for 8 core utilization and perhaps we will see better use of 8 cores in gaming. If you are something like me with moderate gaming interest, it would be better to go for Better cores instead of more cores.

If you liked, what you read above or it helped you, then please Buzz and share this post. I will also Buzz back for those who will Buzz this and all my posts. :)