I have finished my stop motion animation 'EARTH' at 8minutes 40 seconds. I have loved every second of it!!! Here is a few snap shots from the final animation, please check out the full finished version.... :) 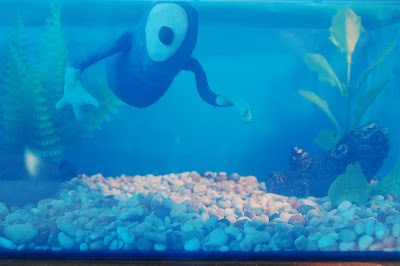 For the under water scene I used a blue plastic tub, then created an underwater atmosphere by photographing the frames on the outside of the box. I used a lamp and a rubber band to dangle my character without showing my hands...was tricky but worth it!!!! 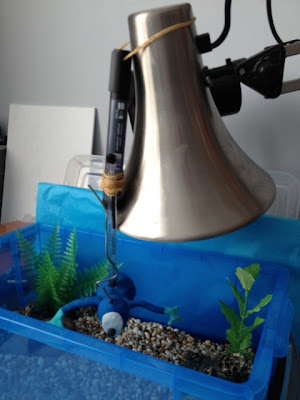 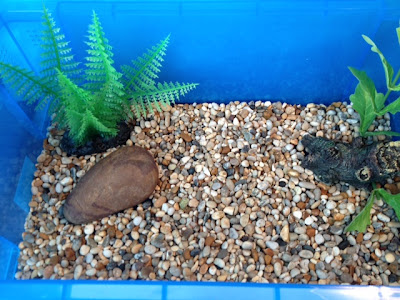 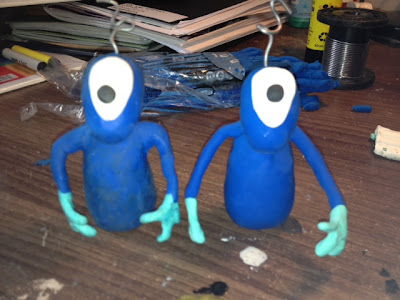 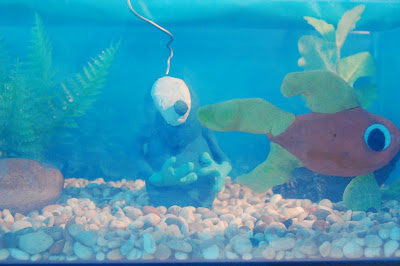 The brook scene was one of my favourites, I was very pleased with the outcome on this set. I used blue tissue paper, and layered cling film over the top, whilst taking the pictures, each time i moved the cling film slightly to make a nice water flowing movement... I chose cling film so that I could capture a 'glistening' effect IT WORKED :) 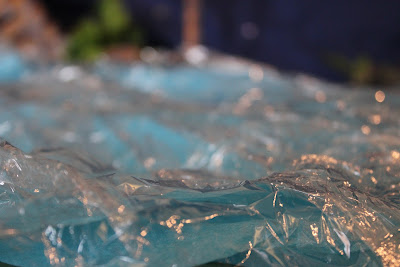 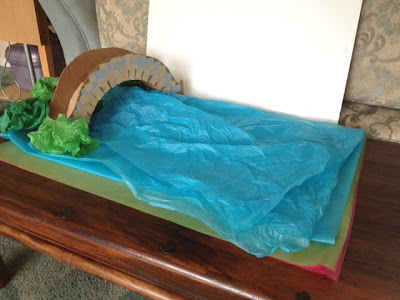 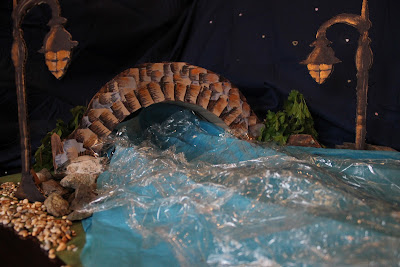 I also added rocks, and real plants to the surrounding areas. The bridge and lamps were painted using gold gilt cream. 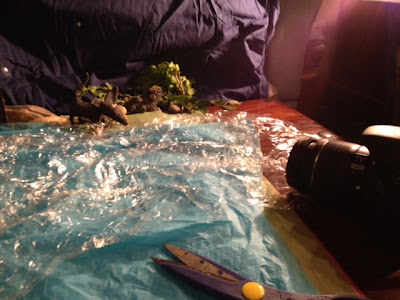 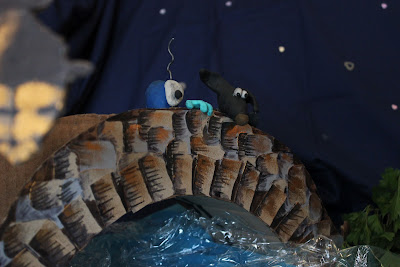 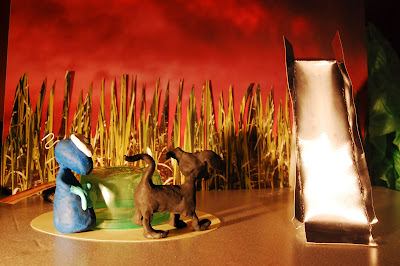 The park scene. This scene was intended to show the growing bond of the two characters. I have added a little bit of fun, playful music to this scene. 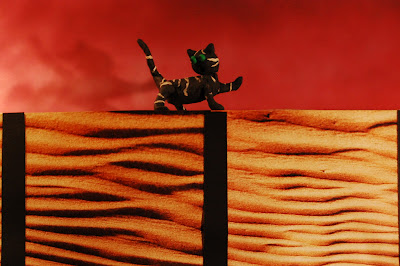 SURPRISE character. In addition I created a cat..well you can't have a dog without a good cat chase! :) 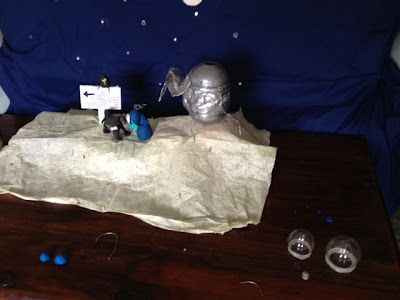 The END. Back to the spaceship, slightly darker sky backdrop, same set up as the beginning scene, including the little nosey bird :). The idea is that the dog is very sad because the alien is going home, so the alien uses his magic powers and creates a space helmet for the dog (awwwww). Alot of thought went into how I was going to create a space helmet fit for stop motion. So here it is... Light bulbs! Cut round the bottom, then sealed with a rim of glue... PERFECT :) 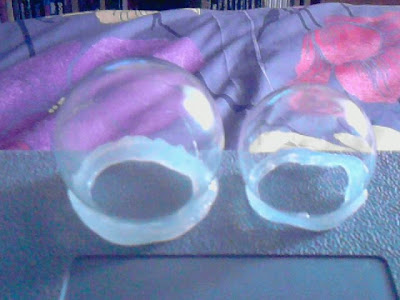 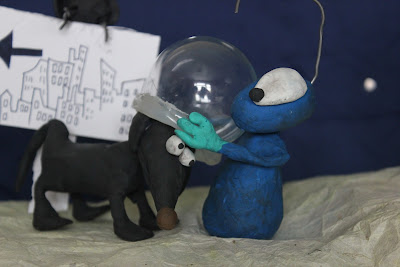 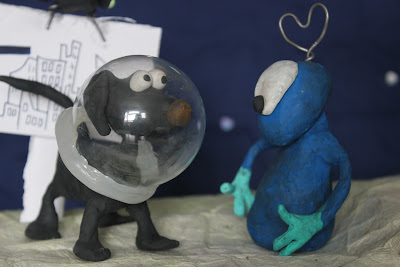 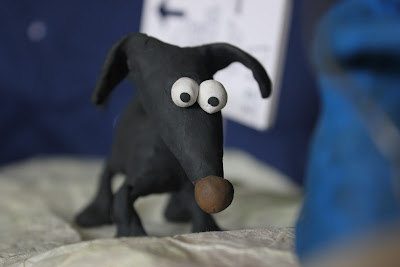 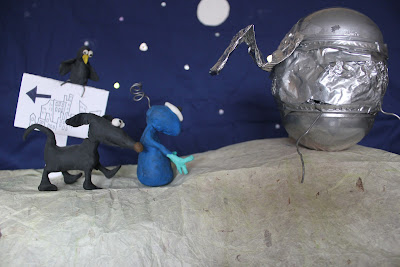 The bird has to do something 'silly' it was a MUST 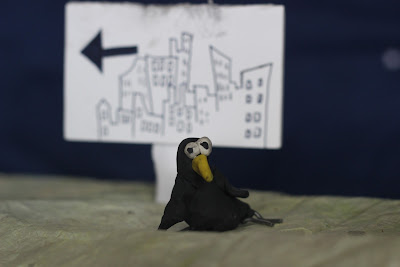 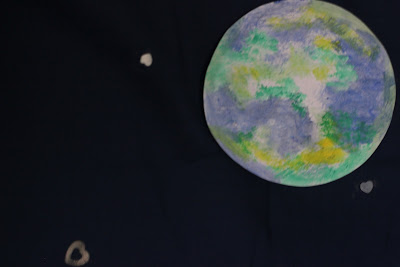 So there you have it. The making of EARTH :).. Thank you for reading hope you enjoyed it :) Feel free to get in touch ... and/or follow me on Twitter...or LinkedIn :