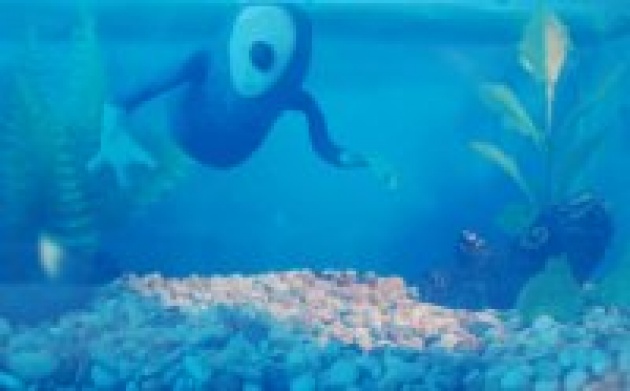 Aliens are a popular topic to use for filmmakers today. This can sometimes happen in tough economic times, much like the attempt at a lot of post-apocalyptic films in those same times. When you bring the two together you get a lot of interesting content. But there is another type of alien film that happens from time to time among the various types of film genre out there. And it is most often done through films aimed at children. When done right, this type of film can bring in lots of money from not only the kids but from their parents as well.

Short film makers of today much like those making a feature film, try to replicate that sense of amazement in a much shorter time and it does not always work. It is extremely difficult to pull off a film like this, I am well aware of that. Any type of animation is extremely difficult, particularly with so much film entertainment out there these days, but I think it is because of how much is out there that filmmakers do not have much of an excuse to do it badly.

If you are going to make an attempt at filmmaking, you have to do it right or do not do it at all. Earth is a film that tries to do it right but I do not think hits the mark. Claymation animation is very difficult but with so much out there why would you not put a little more work into it to stand out from the pack, or at least show that you are up to the standards of animation that exist? According to the filmmakers description they were trying to put forward a sense of adventure in the simplest of things in the world. I don’t know that they necessarily achieved that.

The fact that there was an alien there who could do so much and had so many powers kind of took me away from the simplicity of the objects and made me think of the animation that went into it. The best type of films which attempt to push the greatness of every day things often have the aliens be a reflection of us. Alien yes, but generally not powerful beyond belief. There are exceptions to this obviously but by and large this is the reality. Which I do not think was properly achieved.

Feel free to disagree with me by checking it out below or find more on Film Annex.